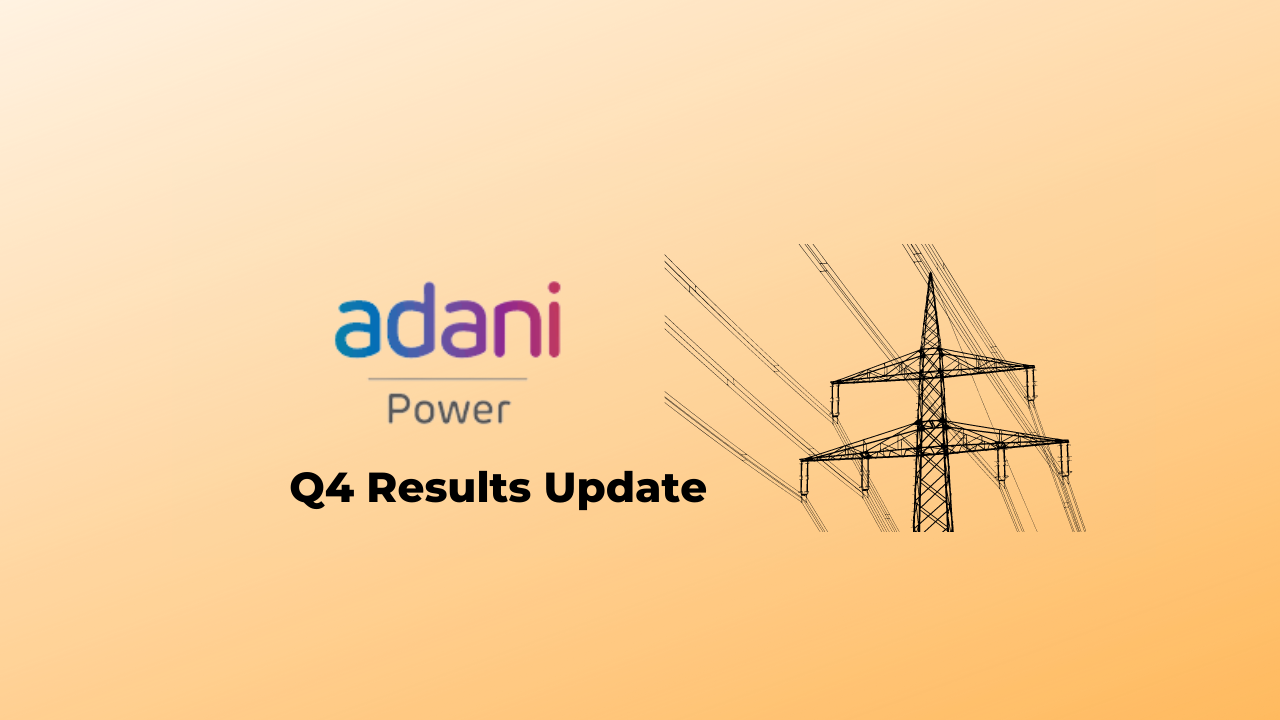 On 5th May 2022, Adani Power Ltd announced its quarterly results for the last quarter of FY2022.

- Operating performance during the quarter was affected due to high import coal prices and plant overhaul, partially offset by improved volumes due to high demand for power.

- EBITDA growth was aided by prior period income recognition, greater shortfall claims due to high import coal prices, and higher merchant and short-term tariffs and volumes, as compared to Q4 FY21.

- Consolidated EBITDA for FY2022 stood higher by 30% at Rs.13,789 Crore as compared to Rs.10,597 Crore for FY2021, due to prior period revenue and improved tariff realization, partially offset by higher Operation & Maintenance costs and unfavorable currency movement as compared to the previous year.

- The Company completed the acquisition of Essar Power M P Limited on 16th March 2022. The name was subsequently changed to Mahan Energen Ltd. The installed thermal power generation capacity of APL has increased to 13,610 MW after the acquisition of MEL.

Commenting on the quarterly results of the Company, Mr. Gautam Adani, Chairman, Adani Group said, “Availability of reliable power supply to various sectors across the nation is critical to India’s economic growth. The Adani Group stands committed to fulfilling India’s energy needs in a sustainable, reliable, and affordable manner. Our diversified presence across the energy value chain helps us ensure that this vital input is always available to power the economy, even during times of global volatility, and helps advance the vision of progress and prosperity for all.”

Mr. Anil Sardana, Managing Director, Adani Power Limited, said, "As the Indian economy’s need for affordable and reliable power continues to grow, Adani Power Ltd. stands uniquely positioned to fulfill this demand through its diversified, modern, and efficient fleet of power plants, backed by our deep expertise and operational excellence in core areas of business. In the coming years, we will focus on utilizing our fleet to the highest extent while guiding our acquisitions and greenfield assets to become value-accretive investments. Recent developments on the regulatory front have also dispelled much of the long-standing uncertainty, which will contribute significantly to enhancing our liquidity position.”