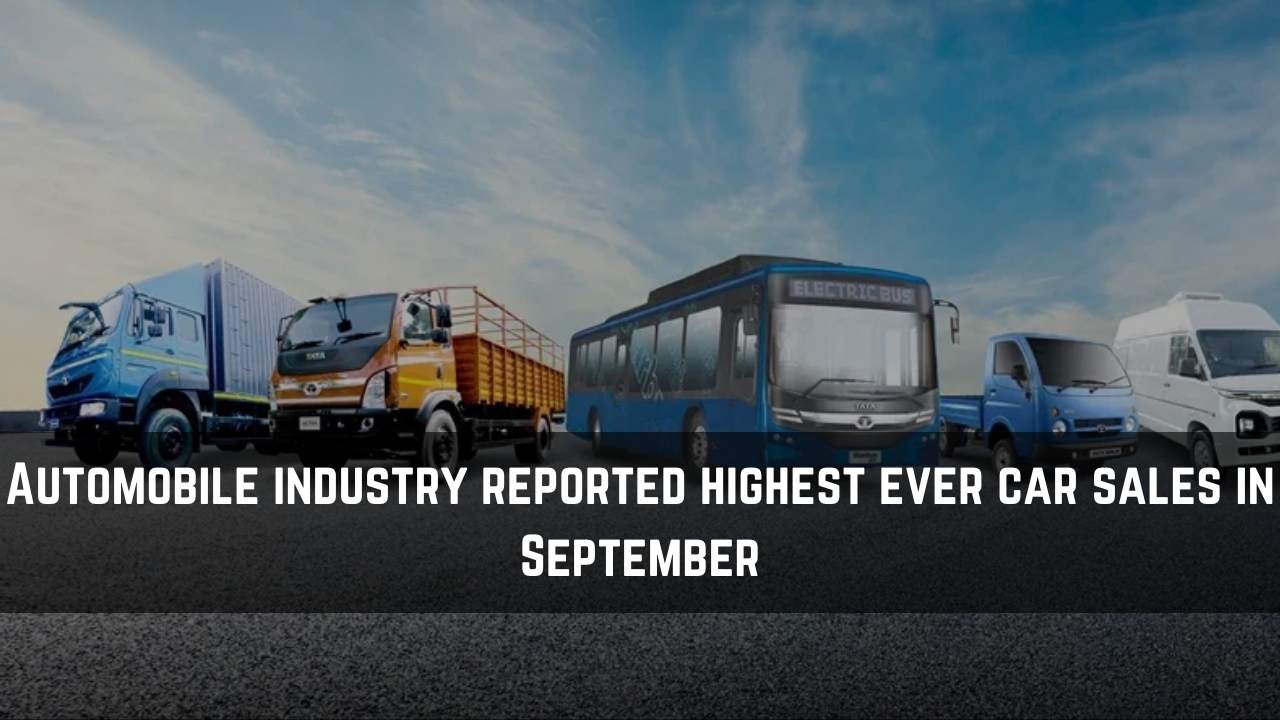 Sales of passenger cars in India, which had declined over the previous two years, have now resumed their pre-pandemic levels. In fact, the wholesale figures for September 2022 have established a new monthly benchmark with 3,55,946 units, which represents a 26 % growth MoM (August 2022: 2,81,210).

The easing semiconductor supply chain issue, increased vehicle production, increased supplies to dealers as production ramps up, and strong customer demand because of the ongoing festive season are just a few of the growth-enhancing factors that have contributed to the record wholesale figures.

The domestic Passenger vehicles segment for Maruti Suzuki saw MoM growth of 10.6% for the month, indicating strong holiday demand. For the past three months, Maruti Suzuki's SUV sales have increased month over month, demonstrating that the company's efforts to increase its market share in the SUV segment through the introduction of new products are paying off.

Tata Motors is still profiting from the domestic commercial vehicles industry's recovery as a result of increased economic activity, better fleet utilization, and a pick-up in infrastructure development. The economy-related problems in Sri Lanka and Nepal are putting pressure on commercial vehicle exports. Tata Motors' Passenger vehicle sales are growing rapidly as a result of the company's recent product introductions and a higher proportion of SUVs in its lineup. Tata Motors' electric vehicle (EV) strategy is taking off, and the company is reporting steadily rising EV sales within the Passenger vehicles segment. Sales momentum should continue with an improving supply and the holiday shopping season.

Due to favorable industry conditions for the commercial vehicles sector, Ashok Leyland is expanding rapidly. The total sales for September 2022 increased strongly MoM by 24.3%. New product introductions and a wider distribution network are examples of interventions that have benefited Ashok Leyland. Due to higher fleet utilization rates, increased economic activity, demand from the e-commerce industry, and the government's emphasis on infrastructure development, the commercial vehicles industry is poised for continued growth.

The commercial vehicles industry is experiencing strong growth, which is being supported by a low base, an increase in economic activity, higher fleet utilization rates, and demand from the agriculture and e-commerce sectors. In spite of having to raise prices, Ashok Leyland is expanding its market share. Ashok Leyland's profitability is anticipated to increase as commodity costs decline, helped by higher gross margins, higher volume, and operating leverage.

Bajaj Auto is experiencing growth in its domestic business YoY, but its exports are suffering as a result of problems in some regions, particularly in Africa. Since domestic 3-wheelers have been struggling since the pandemic, a strong MoM growth in the domestic commercial vehicles segment in September 2022 is encouraging. Future domestic 3-wheeler sales must be closely monitored for viability.

Due to supply-side problems, Bajaj Auto's product supply was falling short of customer demand. By integrating new supply chains, Bajaj Auto will be able to fill its inventory to normal levels and begin satisfying demand. The management is optimistic about the medium-term potential for exports.

Sales of two-wheelers increased significantly for Eicher Motors in September 2022, rising by 17.1% MoM. This suggests a significant demand at the beginning of the holiday season. Along with the general industry growth trend, Volvo Eicher commercial vehicle sales are also robust.