Government to drop Windfall tax: What is it? How it will impact oil companies? 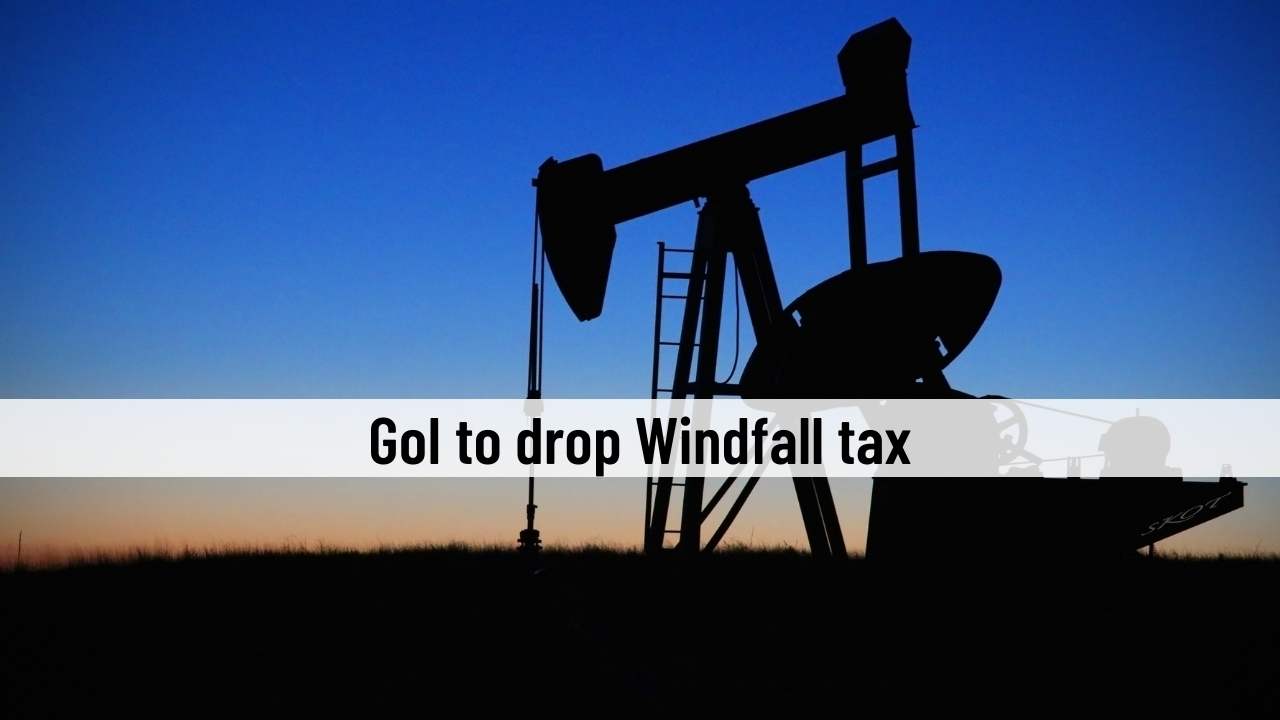 Recently the government of India imposed windfall tax. After the announcement, Oil marketing and refining company shares fell on Friday because it will have a negative impact on their earnings. The price of Reliance Industries' stock decreased by 7.19 percent on Friday, falling more than 8% over the day. On the BSE, shares of ONGC and Oil India finished more than 13% and 15% lower, respectively. The tax was implemented because domestic businesses have been making significant profits as crude oil prices on the global market have increased. What is windfall tax, and how will it affect businesses?

What is Windfall Tax?

A one-time tax imposed by the government on a business is known as a windfall tax. It is assessed on an unanticipated or unexpectedly significant profit, particularly acquired unfairly. The price of petroleum on the global market has recently increased significantly. Domestic oil producers sell their products to domestic refineries for prices that are competitive internationally. Thus, domestic crude producers are making windfall gains.

A cess of Rs 23,250 per tonne has been placed on oil in consideration of this.

How it will Impact Oil Companies?

The companies' margins will be affected because they will now be required to pay a cess of Rs 23,250 per tonne on domestic crude oil. The windfall tax will be reduced, according to Revenue Secretary Tarun Bajaj, only if petroleum prices decline by $40 per barrel from present levels.

A $40 per barrel increase in the cess on domestic oil output for ONGC and OIL India came as a shock and should be taken as a warning sign for the sector's adverse risks. It reduces ONGC and OIL India's respective FY23 earnings by 36% and 24%.

The tighter outlook for the energy market is highlighted by the global trend of export taxes, regulations, and windfall taxes on oil producers.

However, according to the finance ministry, this cess won't have any negative effects at all on the cost of domestic petroleum goods or fuel. Small producers who produced less than 2 million barrels of crude annually in the previous fiscal year will also not be subject to this tax.

Additionally, no cess will be levied on the amount of crude produced by a crude producer over and above what was produced the year prior in order to encourage increased production. The cost of oil or the cost of fuels and petroleum products would not be affected by this policy.

How Much The Government Is Likely To Earn?

According to a PTI report citing sources, the tax on crude oil producers like Oil and Natural Gas Corporation, Oil India Ltd, and Vedanta alone will bring in Rs 69,000 crore per year considering 29.7 million tonnes of oil production in the 2021–22 fiscal year (April 2021–March 2022).

If the tax is in force till March 31, 2023, it will bring in over Rs 52,000 crore to the government for the remaining nine months of the current fiscal year. Additionally, the increased tax imposed on the export of gasoline, diesel, and ATF would generate more money.

In addition to the windfall tax on crude oil, the government has also levied cesses on the export of gasoline and diesel in the amount of Rs. 6 per liter and Rs. 13 per liter, respectively.