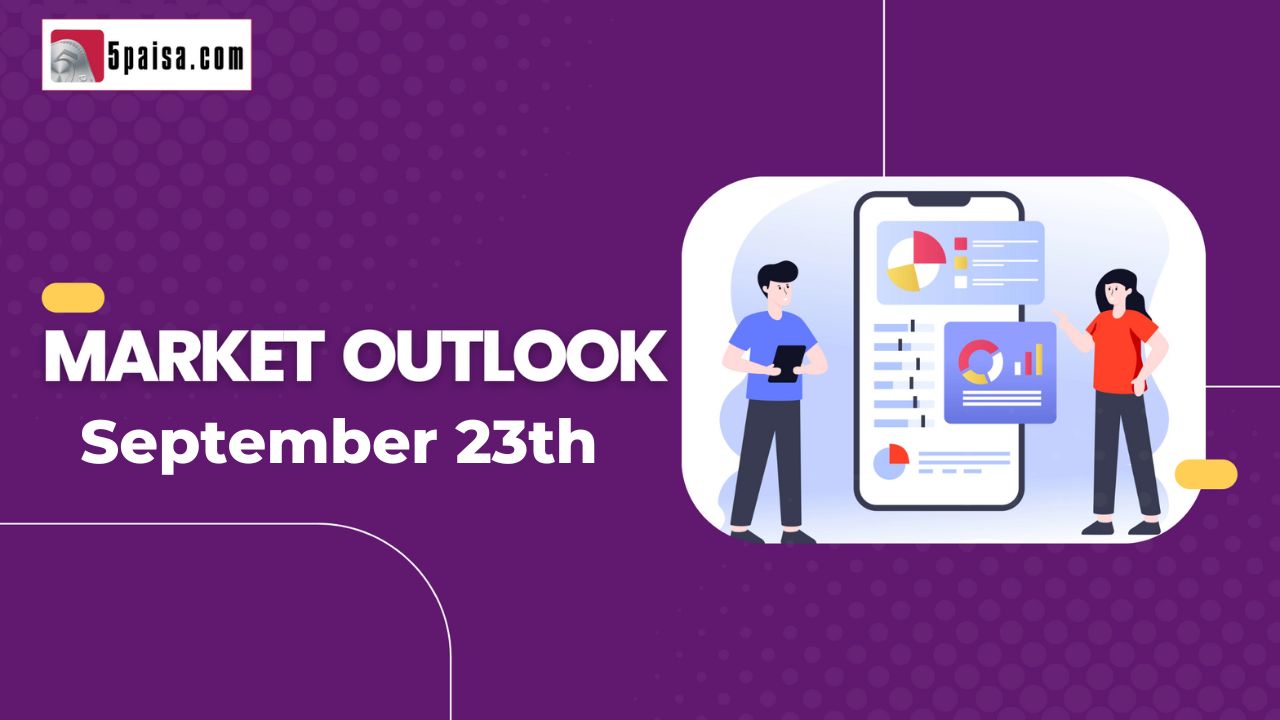 On the back of the negative reaction of the global markets on the FED policy outcome, Nifty started the day with a gap down opening around 17600. The index recovered from the lows in the initial half an hour, but the intraday pullback got sold into and Nifty corrected again to sneak below 17500. However, it was not done yet, Nifty recovered all the losses in the later half and again corrected towards closing to end this volatile day around 17630 with a loss of half a percent.

The losses at close do not seem big enough on the Nifty index, but the markets showed significant intraday volatility post the global event. The Bank Nifty index corrected sharply as traders were seen unwinding positions in the space which had shown a relative outperformance in the recent past. The trigger for markets was led by the currency which had a breakout from the consolidation of the last few weeks and depreciated sharply to hit new lows. Our equity markets had recently outperformed the global markets mainly due to the outperformance in the INR inspite of the rising Dollar Index. This move in currency above 80 certainly does not bode well for the equity market and hence, the risk continues to remain high in the near term. Some relative strength could be seen in the defensive names but the high beta stocks in the broader markets could see a corrective phase in the near term. Hence, we continue with our recent advice for traders to stay cautious on the markets and avoid aggressive positions. The immediate support for Nifty is placed around 17500 below which, we could see the index heading towards 17250. On the flipside, 17800 followed by 17920 will be seen as near term resistances on pullback moves. 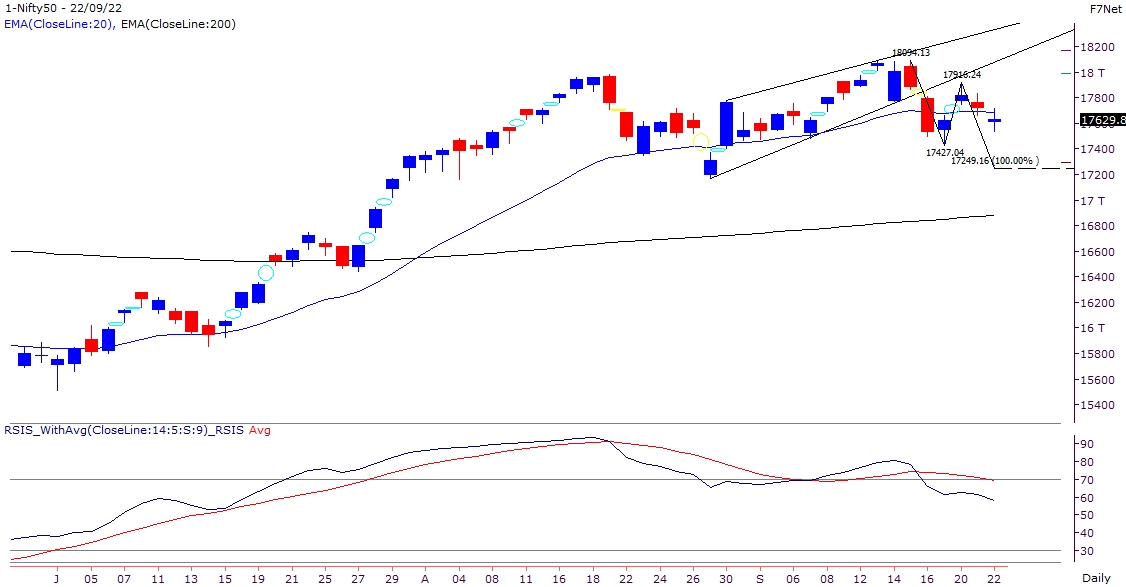 The momentum readings on the Nifty index were already in corrective mode since last couple sessions but the momentum readings on the Bank Nifty which has so far been the relative outperformer, too have now turned negative. The immediate support for the Bank Nifty index is placed around its ‘20 DEMA’ support of 40245 and a breach of this could then lead to further price-wise correction. Traders are advised to closely monitor the currency movement and the global markets which are likely to dictate near term moves.