Should government privatize the public banks? 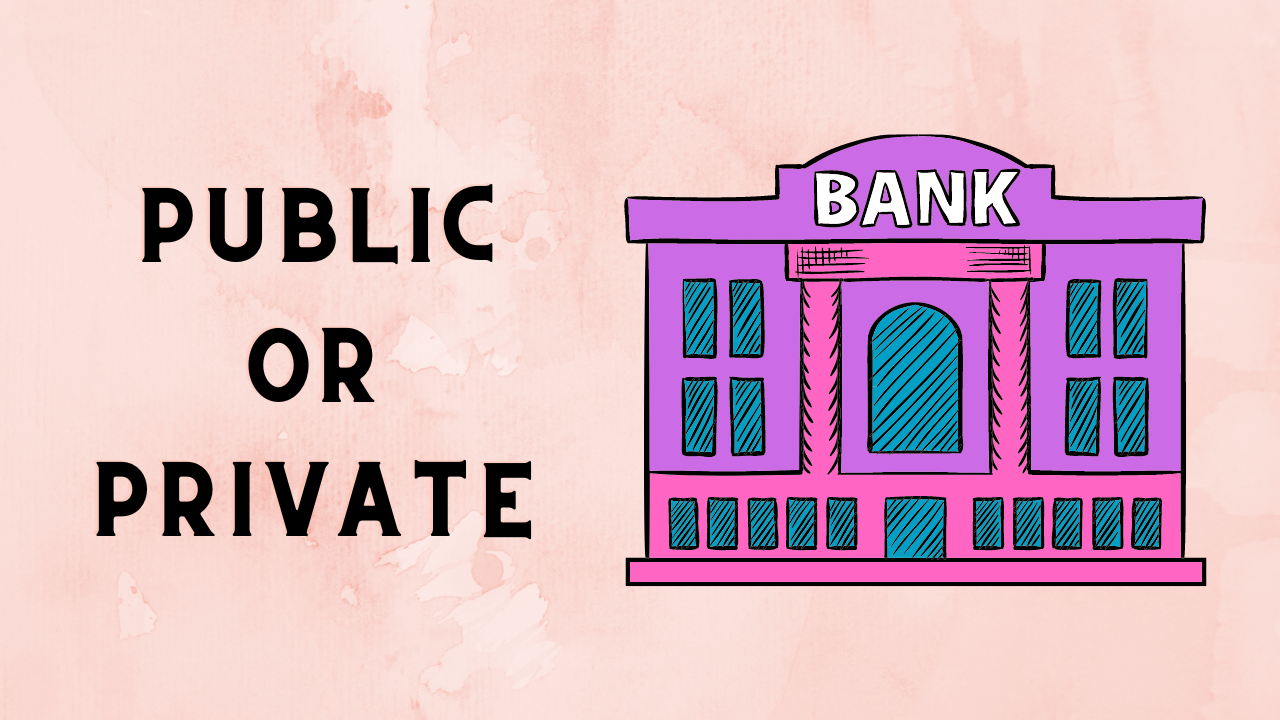 It was 8:30 pm on July 19, 1969, the then prime minister Indira Gandhi addressed the nation through radio and made a historic announcement to nationalize the 14 major commercial banks.

Now, just to tell you how big a move this was, I’ll quote some figures. These 14 banks had 85% of the people’s deposits then. In simple terms, these banks made up most of the banking sector in India.

The question here is, why government suddenly wanted to take charge of the banking industry?

Well, there were two major reasons.

You see, post-independence, most of the sectors in India were in distress.
But most affected was rural India and our farmers and these banks weren’t really catering to them.

And at that time, rural growth was on top of the agenda of the government.
But these banks mostly lent to corporate biggies and the industrial sector.

For instance, The loans by commercial banks to industry nearly doubled between 1951-1968 from 34 to 68 percent, even as agriculture received less than 2 percent.

Another reason was the failure of private banks, during that a whopping 665 private banks failed. People lost faith in the Indian banking system and they were afraid to deposit money with them.

So, to cater to rural India and build trust amongst the people, the government went on to nationalize the biggest banks in the country.

More than 50 years after that, there are rumors that the government is considering reversing its decision.

The government wants to privatize these banks, but why is it doing so?

You see, a lot has changed in the last 50-60 years. After the liberalization in 1991, private banks came in and with their seamless services, they started ruling the industry. The share of public banks tumbled to less than 60% in 2 decades.

The competition from the private sector wasn’t the only thorn in their bush. These PSBs were dying a few years back under the weight of their bad loans.

Remember how corporate biggies like Nirav Modi, Vijay Mallya, Mehul choksi fled the country after defaulting on their loans?

Cumulatively they had loans worth more 35,000 crores on them, and no guesses for who was the most effected from these frauds.

Yes, PSB balance sheets were affected the most, they were affected to the extent that RBI had to infuse a fresh capital of Rs. 3.09 lakh crore to keep these banks alive.

With the privatization rumor, seems like the government is in no mood to feed more cash to these PSBs.

But is it really the right thing to do?

Bad loans and banks are intertwined in a way, you cannot separate them from each other. And if talk about failures, private banks and NBFCs have failed too.

Yes Bank, Lakshmi Vilas Bank, and IL&FS are some living examples of that.

It isn’t like bad corporate governance have resulted in bad loans in just public sector banks, and private bank are all clean.

Remember, how Chanda Kochar was accused for lending through ICICI bank to a company, which was related to his husband.

Further, 85% of the branches in rural India are of PSBs, because catering to these locations isn’t really fruitful for private banks.

Now private banks only operate for profits, they prefer lending to sectors that are lucrative and hence won’t be providing low-cost loans to farmers or small vendors.

You see, we are still a developing nation and there is a large section of society that doesn’t have access to low-cost credit. And hence, we need these PSBs to uplift that section.

Private or Public, the choice is difficult. The government though can start by privatising a few and then analyse whether privatising banks is a decision that favours socio-economic factors of the nation.