The stocks given are for reference and traders are advised to take their own decision and trade with proper money management.

Today, we have picked two stocks which have given a breakout (or breakdown) from a consolidation phase as per technical analysis. The stock has seen a price-wise correction since mid-September and has now formed a support base in the range of 870-880. In last couple of sessions, prices have pulled higher sharply and have given a breakout from a falling trendline resistance. The ‘RSI’ oscillator too has moved above its recent range, which indicates pick up in momentum and hence, we expect the stock to give good returns in the short term.

Traders can look to trade with a positive bias and buy in the range of 950-940 for a potential target around Rs. 992. One can place a stop loss below Rs. 926 on long positions. 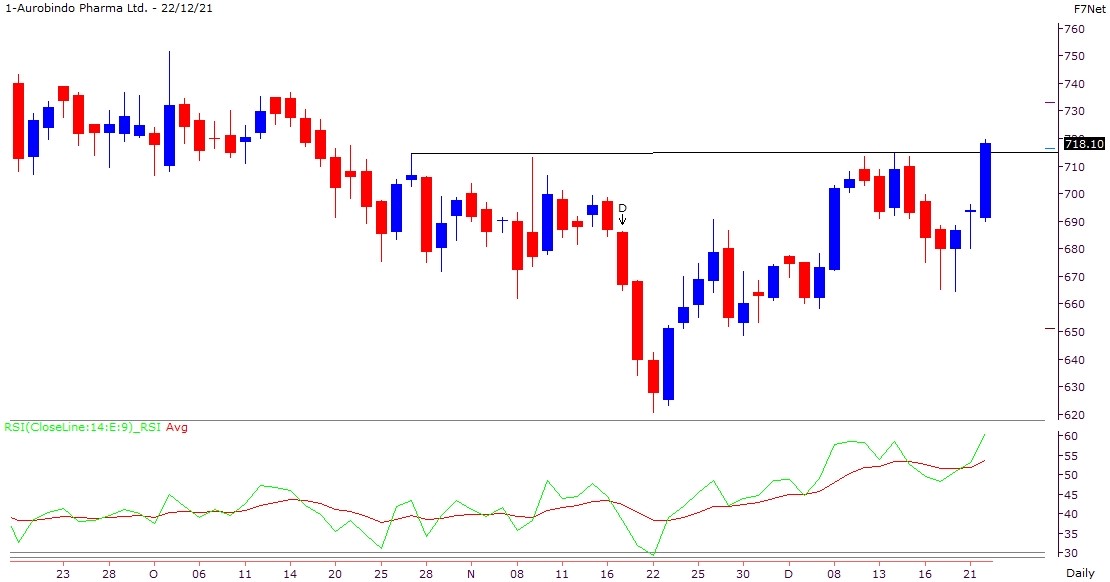 The Nifty Pharma index has formed a good support base in the range of 13000-13200 and is now witnessing an upmove. We believe that the corrective phase is over for this sector and stocks from this space could give good returns in the short term. Within the pharma stocks, Aurobindo Pharma is positively placed as the stock has recently formed a ‘Higher Top Higher Bottom’ structure and has now given a breakout from its immediate resistance.  The recent consolidation also has led to formation of an ‘Inverted Head and Shoulders’ pattern and prices have given a close above the neckline of the pattern. The ‘RSI’ oscillator too has moved above its recent range, which indicates pick up in momentum and hence, we expect the stock to deliver good returns in the short term.

Traders can look to trade with a positive bias and buy around the current price of Rs. 718 for potential targets of Rs. 740 and Rs. 758. One can place a stop loss below Rs. 695 on long positions.