In last two months, the stock has seen a pricewise as well a time wise correction. However, the broader trend for the stock is positive and this just seems to be a corrective phase within an uptrend. In the later part of Tuesday’s session, we witnessed some buying interest in the stock where price upmove was supported higher than recent daily average volumes. The stock is on the verge of breakout of this corrective phase and hence, we could see a resumption of the broader uptrend. 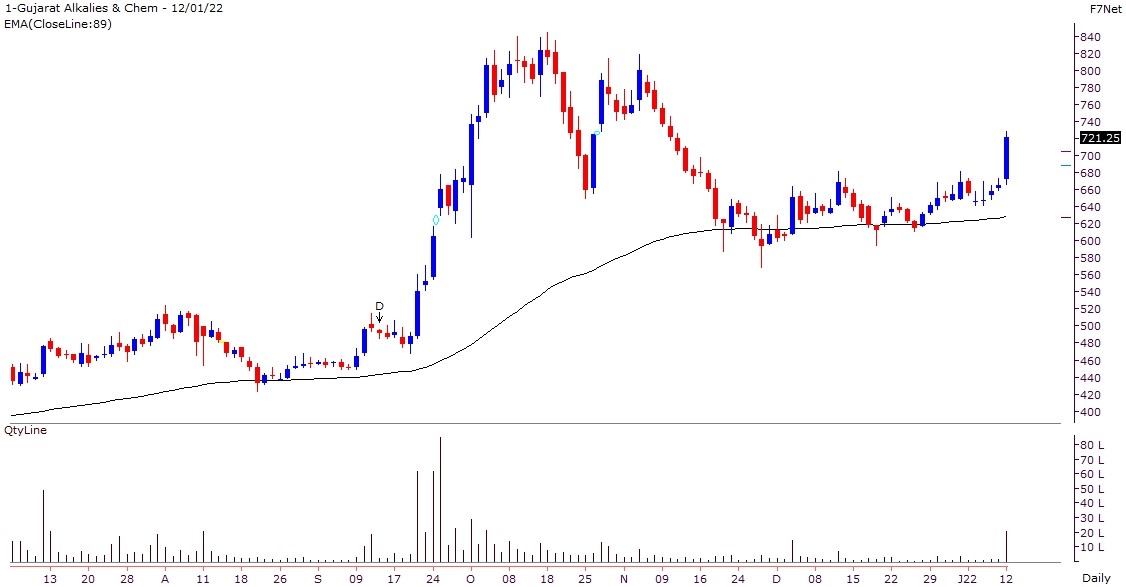 Post the sharp upmove in prices in the months of September and October, the stock went through a corrective phase wherein the stock prices corrected from Rs. 846 to Rs.570 by the end of November. Since then, prices have seen some consolidation and on the longer time frame charts, the broader trend still remains positive. The volumes during the upmove were good while during the corrective phase, the volumes were low which is a positive sign. In Tuesday’s session, prices gave a breakout from this short term consolidation and hence, the stock seems to have resumed its uptrend.