5paisa Recommendation: Our technical experts expects further buying in the stock and recommends buying this stock.

5paisa Recommendation: Positive momentum in stock is expected and thus making this stock as one of the best stocks to buy today.

5paisa Recommendation: Positive momentum in stock is expected and thus making this stock as one of the best stocks to buy today.

Low Priced Stocks: These stocks are locked in the upper circuit on Friday, October 22, 2021

The BSE Sensex is attempting to regain its mojo back on Friday after gaining more than 300 points on an intraday basis.

The broader markets are seen underperforming the frontline indices while the real estate stocks and the banking majors are seen catching investors attention. BSE Realty index is up by 2% on Friday on an intraday basis. Brigade Enterprises is the top BSE Realty index gainer, up by more than 4% on an intraday basis while Oberoi Realty is up by more than 3%.

Several low-priced stocks or stocks below Rs 100 per share are seen trading with gains on Friday with a few of them locking themselves in the upper circuit.

Here is the list of low priced stocks that are locked in the upper circuit on Friday:

Indian Energy Exchange Ltd (IEX) has been red-hot on the Indian bourses this year, and is likely to remain in demand even in coming months thanks to its strong financial performance.

The company has been buoyed by rising energy prices as India’s economy begins to re-open and go full throttle, following two devastating waves of the deadly coronavirus pandemic.

The strong quarterly performance and the bonus issue sent its stock soaring by the maximum daily of 10% in opening trade on Friday to Rs 832 apiece on the BSE. The shares subsequently eased off from the highs.

Still, shares of IEX have soared more than four-fold from Rs 181 apiece in November last year. In fact, the stock had touched a high of Rs 956 apiece three days ago in anticipation of the bonus issue.

Analysts say the bonus issue will infuse further liquidity into the stock. Some like Sonam Srivastava, founder of Wright Research, recommend that investors can buy IEX shares even at these levels. This is because IEX controls 95% of the energy exchange market in India and will continue to have a dominant position for the foreseeable future.

Some other analysts, however, feel that the valuations are stretched and that there could be a phase of consolidation going forward.

2) Costs remained largely constant at Rs 17.97 crore as against Rs 17.8 crore in the year-ago quarter.

IEX said growth in electricity volume was driven by a substantial increase in power consumption as well as the preference by distribution utilities to meet their short-term requirements through its trading platform.

The Real-Time Market remained one of the fastest-growing electricity market segments on the exchange, achieving a growth of 125% with 5.3 billion units traded during the quarter, IEX said. The RTM contributed 20% to the overall volumes during the quarter, it added.

As things stand, IEX will likely continue to see good times ahead. The company is debt free and has investments of the order of Rs 700 crore, which it can bank upon in case it needs to, in future.

After an apex court ruling, settling disputes between the Securities and Exchange Board of India and the Central Electricity Regulatory Commission, electricity can now be traded as forward contracts and derivatives on the exchanges, just like any other commodity. This directly benefits IEX as it can it can get into longer-duration delivery- based contracts on its platform, adding to its volume and increasing the range of its products.

Moreover, the shift of buying pattern from long-term power purchase agreements to the short-term market is expected to increase its volume. 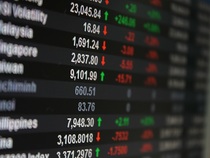 After a record-breaking stock rally, the domestic equity market saw a sell-off this week because of stretched valuations and the impact of input cost inflation on earnings. Stocks like IRCTC, IEX, Tata Motors, Tata Power, Deepak Nitrite succumbed to selling pressure and corrected sharply.

Shares of Union Bank of India (Union Bank) hit a 52-week high at Rs 51.70 this week on Thursday and has rallied 12.95% so far this week on improved business outlook, despite weakness in the broader market. Supported by the regular capital infusion made by the Government of India (GoI), equity raised via qualified institutional placements (QIP) and improved accruals. Union Bank’s capital ratios have improved, as reflected in tier 1 and overall capital to risk-weighted adequacy ratio (CRAR) of 11.1% and 13.3%, respectively, as of June 30, 2021, as against 9.5% and 11.6%, respectively, as on June 30, 2020. Furthermore, Moody's Investors Service earlier this month raised the rating outlook for nine banks including Union Bank to stable from negative with stabilization in asset quality and improved capital being the main drivers of this rating action.

As of Thursday, 21, October 2021, Adani Power was among the top performers this week rallying 10.04%. The company continued its rally from last week triggered by the government invoking provisions under National Tariff Policy to enable imported coal-based power projects to sell electricity on the exchanges to cool prices in the spot market. The news brought about a rally in the stock price of Adani Power and Tata Power which could begin generation in some units of their imported coal-based projects in Gujarat as they have imported coal stocks. Both the companies subsequently agreed to supply power to Gujarat Urja Vikas Nigam Ltd (GUVNL), the state-owned electricity company for a higher variable tariff of Rs 4.5 per unit on a short term basis. The country is staring at a power crisis with a large number of thermal power plants across the country being shut down or working at lower capacities due to coal supply problems.

Shares of Larsen & Toubro Infotech zoomed 9.07% this week after solid quarterly results in a not-so-seasonally strong September quarter. L&T Infotech said the demand trend continues to be robust and the best ever seen by the company. It is confident of comfortably crossing the revenue milestone of USD 2 billion in FY22. In Q2FY22, the IT company reported a 20.8% increase in consolidated net profit to Rs 551.7 crore for the quarter ended September. This is against a net profit of Rs 456.8 crore in the same period a year ago. On a sequential basis, the net profit was up 11.1% while the top line rose 8.8%.

Attraction of Small Savings Schemes lies in many factors such as returns linked with the yields of government securities, instruments under these schemes provide fixed returns along with the safety of investors' capital.

In this article, we will look at various small savings schemes available, where an investor can invest for his retirement.

Small savings schemes are designed to provide safe and attractive investment options for an individual. These schemes are operated through a large number of post offices and public sector banks spread throughout the country. They have been a great mode of savings for many people. Even high net worth individuals dedicate some proportion of their portfolio towards these schemes in order to have stability in their portfolio.

What are the investment instruments available under the small savings scheme?

An individual should assess their investment requirement and investment horizon and then further decide to invest in these schemes as they offer a variety of options along with different benefits.

TVS Motors soars 7% on the back of strong Q2 results

On the contrary to the Sensex movement, TVS Motors was trading up and high, driven by the exceptional rise in quarterly results of September 2021. The net sales for Q2 were up by 38% on a sequential basis to Rs 6,483 crore. The EBITDA too witnessed a QoQ jump of 78% to Rs 740 crore. The net profit rose to Rs 233 crore while in the previous quarter it had suffered a net loss of Rs 15 crore. The stock has been the buzzing stock of the day due to its rewarding jump today.

The stock price movement hasn’t been impressive for the last six months. In fact, the stock was trading at the level of around Rs 615 at the beginning of May, as it has been trading around similar levels as of October 22, 2021.

In the Q2 of FY22, it witnessed a 4% YoY growth in sales of two-wheelers of 8.7 lakh units against 8.34 lakh units sold in Q2FY21. The three-wheeler segment grew by 41% in sales volume with sales of 0.47 lakh in the current quarter against 0.33 lakh in Q2FY22. The management expects a further rise in sales especially in the domestic two-wheeler segment with the upcoming festive season. Considering potential growth in EV space, the company is planning to invest about Rs 1000 crore in EV space by incorporating a new wholly-owned subsidiary.

TVS Motor Company is the third-largest two-wheeler manufacturing company in India. Some of the popular products include TVS Jupiter in scooters, TVS Star in motorcycles and TVS King in three-wheelers.