Concerned about FPI outflows; but not worried, says RBI 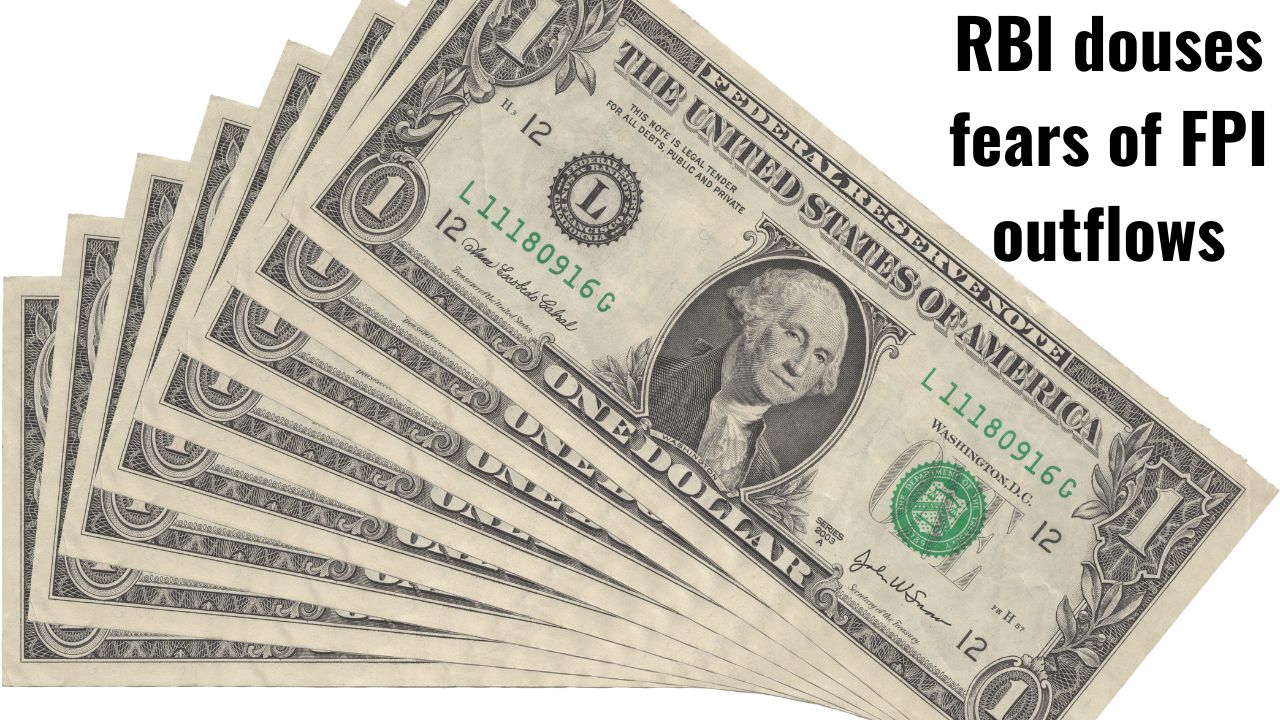 A lot has been written and debated about the extent of forex flows from India in the last eight months. If you look at from October 2021, then FPIs have been net sellers in every month till June. During this period, the total outflow of FPIs from Indian equities stood at $28 billion, one of the highest bouts of selling in Indian capital market history. This is much more than the selling that was triggered during the COVID wave in 2020. However, the selling has been rampant only in equities with bond selling a lot more subdued.

What exactly is driving the FPI sell-off in India? There are a number of reasons for the same. For starters, higher US interest rates are likely to widen the interest rate gap and encourage outflows. Additionally, the rampant rise in inflation due to the surge in global commodity prices also created a challenge for India, especially with its 85% dependence on global imports of crude oil. The Ukraine war and the China lockdowns are causing unprecedented tightness in the supply chain and disrupting production schedules across the sectors.

The latest hit to sentiments came after the World Bank lowered India’s GDP growth in FY23 to 7.5%. The growth projection by the RBI for FY23 is still lower at 7.2% while it has spiked its projection for inflation. However, the RBI has assured that while the outflows were robust, there was just about a 5.2% probability that the FPI outflows from equity in FY23 would be more than $100 billion, as some sceptics appear to believe. FPI outflows of $100 billion could only happen in a worse case scenario when recession also strikes.

There are several shocks that are likely to lead to heavy outflows of capital from India. For instance, a surge in the interest rate differentials due to Fed hawkishness could lead to a sharp sell-off in equities. Also, a surge in the volatility index on the NSE is a signal that fear in the market is quite high and that could also trigger heavy outflows. However, the RBI itself has explained that a combination of a number of such factors could be more hypothetical as it is unlikely to happen in practice.

As of December 2021, the total stock of portfolio investment was worth $288 billion and short-term trade credit was to the tune of $110.5 billion. India also has a problem of the forex reserves being just about 9 months of merchandise import cover. If the situation worsens to below 8 months, we could see a run on the rupee and consequently on the stock markets too. Remember that the foreign exchange reserves have fallen from $647 billion to $594 billion. That is likely to dwindle further should the RBI aggressively sell dollars.

The good news is that these FPI flows have been largely offset by domestic flows from DIIs. That is the reason, there is no serious damage to the stock market indices. However, FPI flows still hold the key as they impact the prices of large caps and also because their selling is linked to FPI money outflows. However, the good news to savour at this point of time is that the FPI outflows may not get much worse than the current level. However, that is not much of a consolation as FPI outflows have been the heaviest in India among the EMs.