Did Black Gold lead OMCs into the Red in Q1FY23 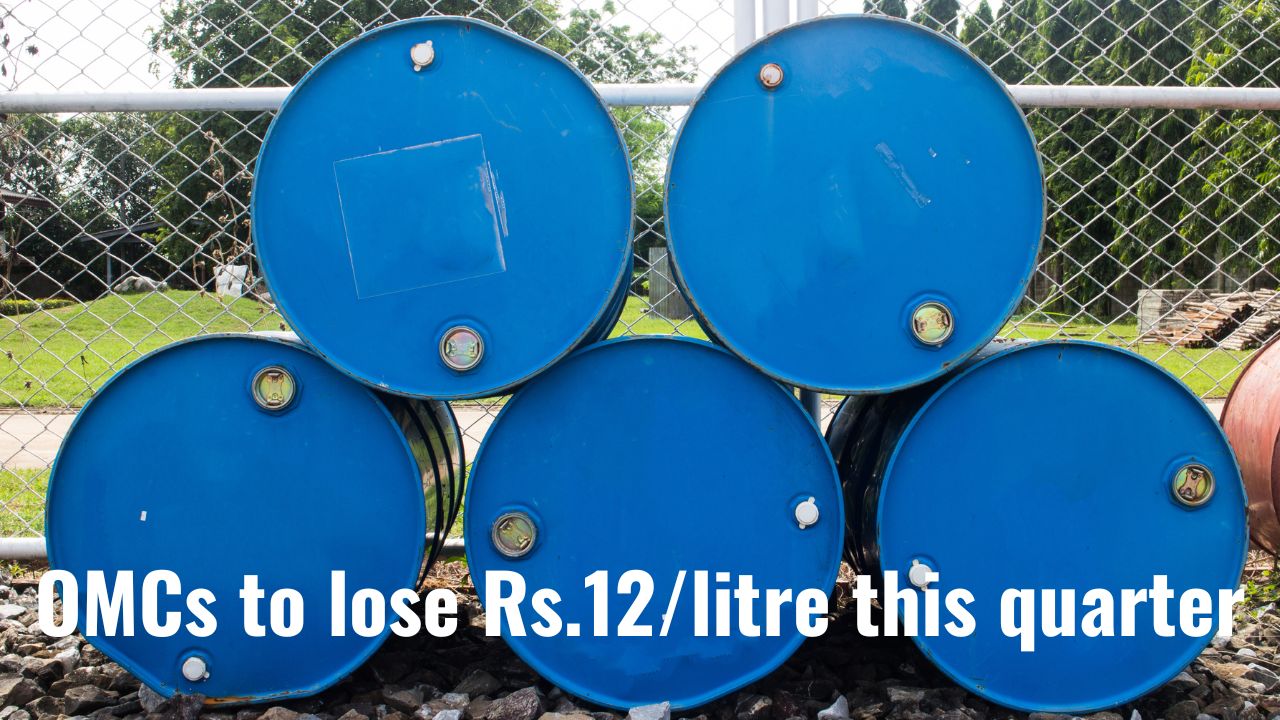 The news is not great for the oil marketing companies (OMCs). OF course, we are talking about companies like Indian Oil Corporation (IOCL), Bharat Petroleum Corporation (BPCL) and Hindustan Petroleum Corporation (HPCL). These are companies that have a refining franchise but also have a marketing franchise. It is these OMCs that are likely to face the real brunt of higher crude prices. Remember, these OMCs did not raise retail prices in tandem with the crude prices, so the hit stays with them. But more about that later.

According to a recent report on the oil marketing companies, it is estimated that these OMCs may have lost about Rs.10 to Rs.12 on the sale of each litre of petrol and diesel. Of course, these OMCs also have a strong refining component and Gross Refining Margins (GRMs) have touched record levels of $22/bbl. Hence it needs to be seen what is the net impact on the refining and marketing shift on the profit overall. The improved GRM will surely offset some of the losses on marketing, so the net impact may not be that large.

Oil marketing companies find themselves in a piquant situation. The international prices of crude have gone up sharply in the last two to three months, especially since the sanctions on Russia were imposed by the Western nations. It is estimated that during the current ongoing quarter, the OMCs would have incurred a loss of nearly Rs10.50 to Rs12.50 per litre due to prices remaining static at the pumps. This short realization is much steeper than the loss of around Rs1.60 per litre that the OMCs suffered in the March 202 quarter.

Brokerages like I-Sec have estimated that every $1/bbl increase in the gross refining margin (GRM) translates into compensation of Rs3-4 loss on retail fuel sales by the marketing side of the business. One of the reasons the gross refining margins (GRMs) are at a life-time high of $22/bbl is because the prices of refined fuels have risen faster than crude oil in the international market. However, the million dollar question is whether such higher GRMs can really sustain or would be revert back to median levels?

There are several reasons why the GRMs are likely to remain at elevated levels. For starters, low fuel inventories combined with a shortfall of Russian oil supply in the EU region is likely to keep GRMs at elevated levels. Secondly, even as the refinery production in Europe falls and China is gradually relaxing its restrictions, one can see a situation where the demand for refined oil remains robust but the supply remains constrained. All these factors will support strong gross refining margins in petrol and also in diesel.

That brings us back to the main question; did black gold really push OMC profits lower. Most of the OMCs recently touched their yearly lows, hinting at pressure. The fear is that the net impact on the OMCs may at best be neutral as the gains on the refining business may be offset by the sharp fall in marketing margins. With a slew of elections coming up and inflation at well above 7%, the government is unlikely to permit the OMCs to hike  prices of petrol and diesel linked to market prices. The pressure is likely to stay for some time.