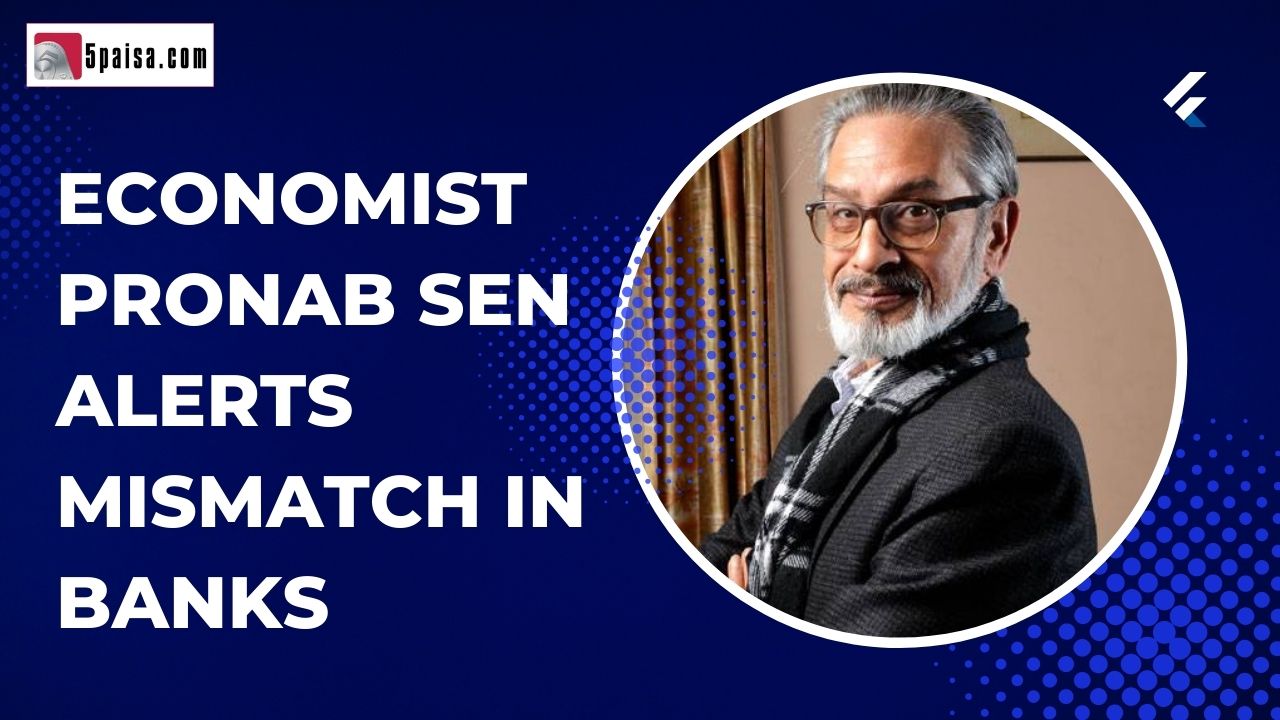 It is said that if you laid all the economists from one end of the world to the other, they would still not reach a conclusion. This was in a lighter vein to underline how economists generally talk in terms of assumptions and ceteris paribus conditions. However, when a renowned economist like Pronab Sen speaks, India listens attentively. After all, he has not only been India’s foremost statistician but also a member of the erstwhile planning commission. But, what exactly has Pronab Sen said, that has let the cat among the pigeons?
Pronab Sen has warned that the India's banking sector could face the predicament of a massive asset-liability mismatch. Sen has also warned that this asset liability mismatch could explode at any point of time with long term repercussions for the banking sector in particular and the Indian economy in general.

According to Sen, the only reason such an explosion has not happened is because many of the Indian banks with a large asset liability mismatch are still PSU banks where there is an implicit government guarantee of safety.

Sen has given some interesting statistics to underscore his point. Today, the average tenure of bank lending is closer to 9 years, while the average tenure of deposits is close to 2.5 years. Now that is a huge asset liability mismatch in the books of the banks. There some more interesting statistics. About 20 years back, 70% of the bank lending book comprised of working capital loans. Now working capital lending has shrunk to just about 35%. At the same time loans for fixed assets, long term mortgages to retail borrowers has surged.

To understand maturity mismatch in the right perspective, one only needs to go back to 2018. At that time, the formidable IL&FS was borrowing in the short term CP market as it was able to get funds at a low cost, while it was lending for long term infrastructure project with a substantial lock-in period. Things were fine over the years but in 2018 the RBI hiked rates and the money market tightened. IL&FS could not refinance its short term financing instruments at the old rates and the result was the implosion of IL&FS.

Sen has identified two major reasons for this trend. Firstly, Indian banks became universal banks without changing their liability profile. It was more by default than by design. Secondly, MSME lending has substantially gone down post 2020 and that was one of the major demand pockets for working capital funding. Both these factors combined to reduce the exposure of banks to short term working lending and increased their exposure to long term lending products like mortgages and others.

Finally, Sen has also made an interesting observation on the privatization of PSU banks. He has asked the RBI tread with caution, almost similar to the article in the RBI Bulletin which had raised quite a controversy. Sen has a different argument. According to Sen, by privatizing the PSU banks, they lose the privilege of tacit support from the government. There was little the government could do in the case of IL&FS. Sen apprehends that if too many private banks have maturity mismatch, it may become a ticking time bomb.