Government and LIC plans to sell 60.72% in IDBI Bank 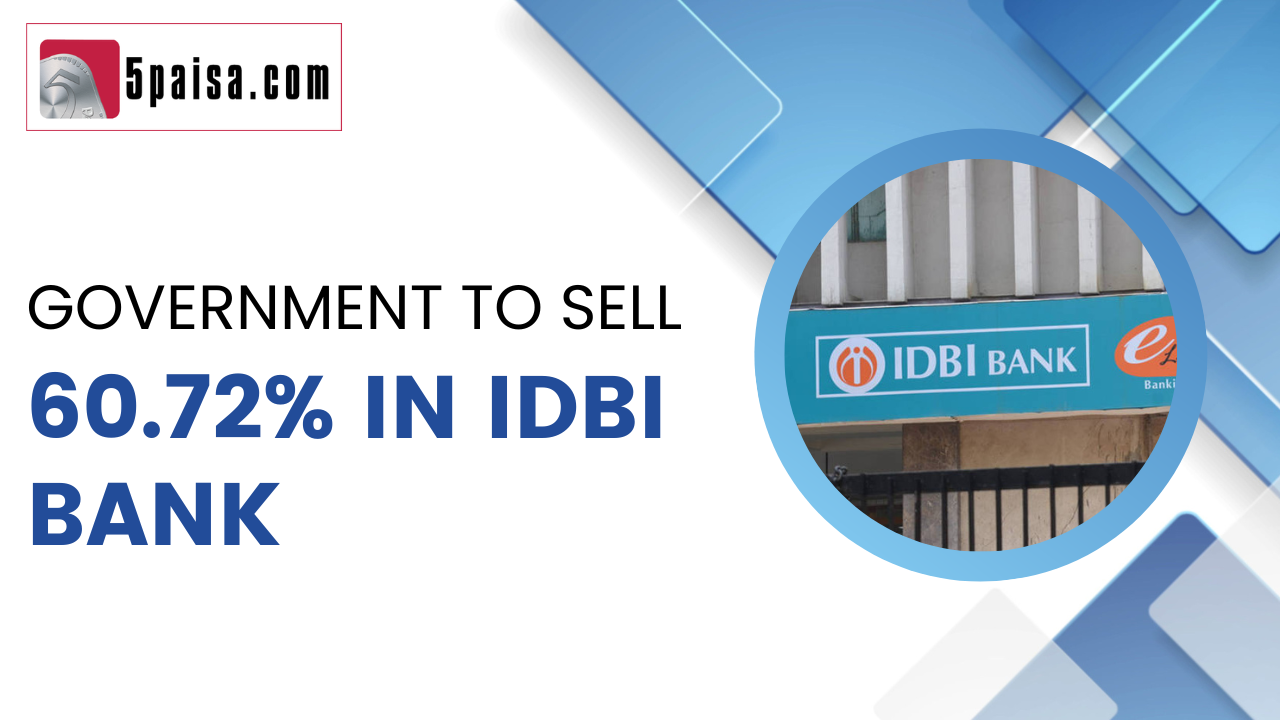 As discussed earlier by the government, it will adopt a 2-stage process for the divestment of IDBI Bank. In the first stage, only the due diligence of the bidders would be completed. Once the eligible bidders are shortlisted through a rigorous process, the transaction advisor will take over and move the financial evaluation of bids. This will be the second step that will culminate in the actual strategic sale. After some recent embarrassments, the government wants to be doubly sure that they have fully and thoroughly checked the credentials of the parties that are bidding for the stake. That can avoid problems in the future.

It remains to be seen at what price the strategic sale is made. Currently, the market cap of IDBI Bank is around Rs46,000, so the 60.72% stake in IDBI Bank would be worth around Rs27,900 crore. However, that could change if you consider the last 6 months average price as the basis for pricing. The question is whether the government would look for a control premium? Most likely, the government may insist on a control premium for this large stake sale since the strategic investor that comes in will give virtual majority control of IDBI Bank, which would also include substantial powers in making all major business decisions.

The strategic buyer will get some advantages. For instance, the government has given them a 15 year glide path to reduce their stake in the bank to 26%, although there would be a 40% equity lock-in during the first five years. These are as per the extant RBI guidelines on the subject. The last date for the submission of EOIs is 16th December. While the intent is to complete the entire transaction in the current year, it is very likely that considering the complexities, it may spill over to the next fiscal year. It will be a substantial contributor to the government disinvestment kitty of Rs65,000 crore for the current fiscal year FY23.

There has already been a substantial amount of interest shown by banks, NBFCs and even private equity funds. The only explicit bar is on large industrial houses bidding for the stake in IDBI Bank, since RBI has had its avowed mission of keeping banking and industry separate to the extent possible. For FY22, IDBI Bank reported net profits of Rs2,439 crore and a rather impressive net interest margin of 3.73%. While the capital adequacy at 19.1% and ROE at 13.6% are comfortable and impressive, the only concern would be the high levels of gross NPAs in the books of IDBI Bank. The redeeming feature is that it is largely provided for.