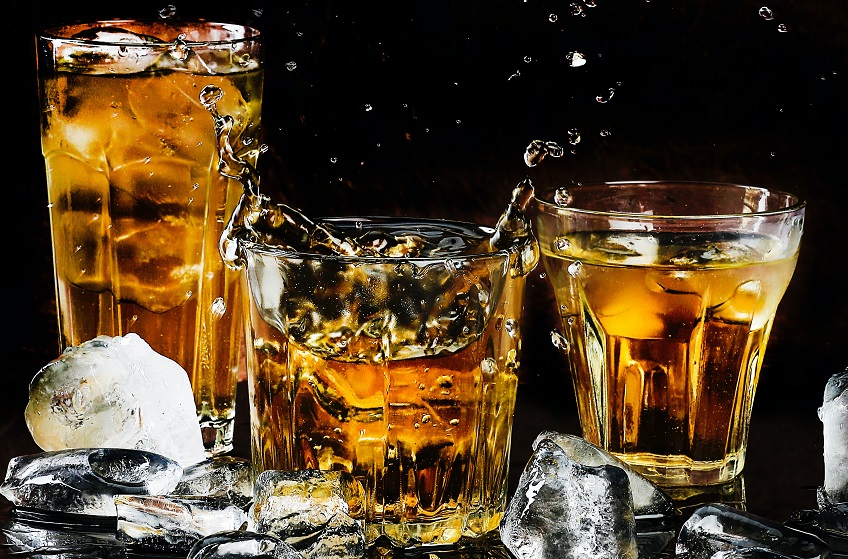 Pandemic or no pandemic, Indians can’t seem to pop the bubbly enough. At least that is what it seems like if one looks at the way stocks of Indian liquor companies have performed over the last few quarters.

Consider this: The Nifty and Sensex have given returns of 14.62% and 14.25%, respectively, over the last one year. But Som Distilleries, which markets brands like Hunter Beer, Woodpecker Beer, Black Fort and other brands such as Legend, Genius, Sunny, Gypsy, Pentagon Gold, Milestone Blue and Blue Chip, has returned a whopping 114%, with its share price rising from Rs 31.5 to Rs 67.5 during the period.

GM Breweries, the maker of Indian liquor brands like Santra, GM Doctor, GM Limbu Punch and GM Dilbahar Saunf, has given its investors a 58.5% return over the last one year.

Then there are United Spirits and United Breweries Ltd, the two largest liquor companies by market capitalization which were once led by the now infamous Vijay Mallya. The companies, which are now majority-owned by global liquor behemoth Diageo and whose suite of IMFL brands includes Kingfisher beer, McDowell’s, Royal Challenge, Antiquity, Bagpiper, Signature, DSP Black, Honey Bee Brandy, Four Seasons Wines, Romanov Vodka and White Mischief Vodka, have risen 61.18% and 24.31%, over the last one year.

So, why have India’s liquor stocks risen so sharply?

For one, say analysts, tax sops announced by governments of some of India’s largest states including the country’s most populous state Uttar Pradesh, Delhi, West Bengal and Andhra Pradesh, have led to a rise in consumption of both Indian-made foreign liquor as well as imported liquor.

Even the state government of the country’s national capital Delhi revamped its liquor policy in November, prompting many private vendors to offer heavy discounts of up to 30-40% on both Indian as well as foreign brands.

Delhi’s new excise policy allowed competitive pricing, which was not allowed by the previous regime. Under the new excise policy, the liquor business in the city was completely handed over to private players wherein they can open 849 spacious and swanky vends in 32 zones having an area of at least 500 square metres. Under the new policy, the Delhi government has set the maximum retail price of each liquor brand and its make, and retailers are free to charge anything within that MRP, but not beyond that.

In fact, in February most alcohol retailers in the city-state slashed their prices, especially of foreign brands, lower than the neighbouring Gurgaon in Haryana and Noida in Uttar Pradesh, boosting sales in the national capital.

The same month, Maharashtra cut excise duty on imported liquor by half, from 300% to 150%, although the reduction did not apply to Indian-made foreign liquor.

Moreover, several states including West Bengal also brought also brought down excise duty on liquor, driving down prices and increasing sales and consequently revenue. Even Madhya Pradesh, as part of its new excise policy for the current fiscal year, allowed the sale of liquor at all airports and select supermarkets. As per a reply submitted by state Finance Minister Jagdish Devda in the state Assembly in August last year, the Madhya Pradesh government had earned 26% higher revenue from the sale of liquor.

On top of tax sops, what perhaps helped liquor sales were law and order measures taken by states that included a crackdown on illegal manufacturing units, checks on smuggling through neighbouring states, a tax cut and the rationalisation of the price points of a few brands.

A brokerage report this week by ICICI Direct Research gave a buy call on United Breweries, saying it expects the counter to go up 17% to Rs 1,800 per share levels from the current Rs 1,540. It said the company has no debt and a positive liquid balance of more than Rs 900 crore. Moreover, it expects that in the wake of stable excise regimes in states, the company will be able to raise prices in Uttar Pradesh, Rajasthan and Maharashtra in the near term.

The brokerage said that in 2021-22, United Breweries’ revenue grew 11% year-on-year, which was above its estimates. “The company saw highest ever volume in March, 2022 and expects the momentum to continue in Q1FY23 (peak season for breweries),” the brokerage said.

Also, UBL is likely to see normalised peak quarter after a span of three years. “Although near term challenges remain (barley prices – which make up for 15% input costs for UBL, is up 70% YoY, high single digit inflation in glass), the management expects to lower the impact by taking price hikes in key states in the near term,” the brokerage said.

On United Spirits, too, ICICI Direct has a buy rating with a target price of Rs 1,050 per share.

Similarly, it sees a significant upside in the share price of Globus Spirits, and expects it to touch Rs 1,750 by February next year, as the company is planning an aggressive capacity addition in the next two years.

“With doubling of the current capacity by FY24 to ~1230 KLPD, GSL plans to capitalise on the changing dynamics in the liquor space. Further, growing opportunities in IMIL space (better price points and growing aspirations) would lead to higher asset turnover and return ratios in the long run,” ICICI Direct said in a February report.

Although Radico Khaitan missed its revenue and margin estimates during the last quarter, prompting HDFC Securities to give a sell call on the counter in February. It noted that the company’s plan to spend Rs 740 crore on capex for a brownfield plant in Rampur and a greenfield plant in Sitapur would almost double its extra-neutral alcohol (ENA) production capacity and gross block. But since this indicates that the company is moving from an asset light to an asset heavy model, HDFC Securities saw the move as being risky, prompting the downgrade.

“The company is returning from asset light to asset heavy in an industry that has historically seen several headwinds. Thereby, it is adding risks in many ways. We cut the target multiple, from 38x P/E to 30x on Dec-23 EPS,” HDFC said.

Apart from such risks, liquor companies also have to contend with the rising cost of barley, a key ingredient in making alcohol, and of glass, which adds to bottling costs. Barley prices have surged 65% over the last year.

A report in The Economic Times said this week that companies are seeking a 10-15% increase in prices of beer. While some states like Telangana and Haryana have increased prices, the others are yet to follow suit.

While governments have moved to rationalise taxes, companies want more. Liquor is still not under the Goods and Services Tax (GST) regime, and states continue to levy excise, VAT and other taxes like gallonage fee and licence fee under the old regime. As a result, up to 70% of the cost that the consumer pays, still goes into state coffers.

So, if there is a budget deficit, the government tries to get more money from the industry. And, if for political reasons it is so required, sale of alcohol is either banned or restricted.

Moreover, each of the 28 states of India lists down its own set of rules. For instance, liquor is prohibited in Gujarat and Bihar whereas Kerala and Tamil Nadu have imposed various restrictions on alcohol consumption.

Still, taxation and other restrictions aside, liquor consumption is not slowing down anytime soon. That’s good news for liquor stocks.