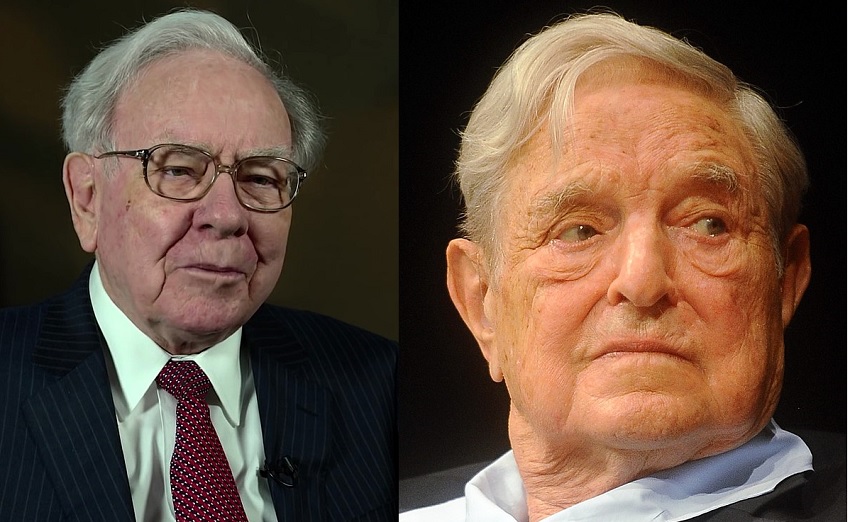 If there is a common thread linking some of the most iconic money managers that have left their mark on the global capital markets, it is only the tons of money they made for people whose money they managed or advised.

The investment gurus, who have become legends for connoisseurs of capital markets, come from varied backgrounds and investment philosophy.

Some earned their spurs from bond markets while most others in the stock market and yet some from index funds. Some took to contrarian bets and others followed the staid, value or growth investing principles. Some were academician-turned-investors and some did not even have a formal education or training in trading or investing.

Here we look at a set of nearly a dozen veterans of the past and those currently active, and how they approached the money games. It would be futile to rank them on the basis on how well known they are as some are worshipped as living legends and some are long dead but their principles are followed by thousands of traders even today.

So, we present the icons in an alphabetical order, not weighing their greatness against each other.

The British-born American economist, professor and investor, Benjamin Graham is widely considered as the father of value investing, an investment approach he began teaching at Columbia Business School in 1928.

His book, ‘The Intelligent Investor’, first published in 1949, is considered a stock market bible. And according to Warren Buffett, it is “by far the best book on investing ever written.” Need we say more?

His basic philosophy revolved around shielding investors from substantial error while providing for a margin of safety (read human error) and to use fundamental analysis to develop long-term strategies (sorry traders). The first rule advocated by him was to make investment decisions based on intrinsic value versus market value. The other was diversifying the portfolio with high dividend yield stocks and low debt-equity companies.

One formula most associated with him is the ‘Graham’s number’, which gauges the intrinsic valuation of a stock derived from its Earnings Per Share (EPS) and expected annual growth and was later modified to incorporate aspects like yields on corporate bonds.

Many still use this as a talisman, after slight modifications, even though there are limitations for the use of this number in asset-light technology enabled business.

Icahn, who is known today for shareholder activism, has built his name by playing hardball with companies. He earned his initial spurs as a corporate raider by buying shares of public companies backed by junk bond king Michael Milken at now-defunct Drexel Burnham Lambert.

While Icahn calls himself a contrarian investor, picking companies that no one wants to invest, others have tagged him as a vulture capitalist. He picks stocks with low or depressed price-to-earnings (P/E) ratios or those with market value below their book values.

His modus operandi is fairly simple. Buy shares of the target companies, demand a say in board or management strategy often resulting in divestiture of part of the assets and thereby push up the value of the remaining company in which he owns the shares.

He has also been accused of greenmailing, wherein a buyer purchases enough shares of a company to threaten a hostile takeover, forcing others to buy his/her stake to get off the shoulders.

The Hungary-born hedge fund tycoon has made a mark as a short-term speculator using what he calls reflexivity strategy. Soros is a holocaust survivor whose father had to forge papers to pass off as a Christian during the Nazi occupation of his home country during the Second World War. He had to later work part-time as a railway porter and as a night-club waiter to finance his studies at the London School of Economics.

After emigrating to the US and entering the world of finance and investments, he made his mark by striking large, highly-leveraged bets via a global macro strategy: high-stake punts on currencies, commodity prices, stocks, bonds, derivatives, and other assets based on macroeconomic analysis.

While known for philanthropy and political views, 91-year-old Soros is also remembered for one of his major trades that nearly broke the Bank of England by using leverage to buy British pounds and converted them to German marks and minting money as the pound lost value.

Jesse Livermore started his working life at the age of 14, as a quotation board boy with a stockbroker in the days of the ticker tape, at the fag end of the 19th century. The job was simple—he had to take prices from the tape from Wall Street, and write them on a board for the clients of his employers.

Strong mental arithmetic skills pushed him to become one of the first legends of trading and that too with own money, not someone else’s.

Although he did not have the luxury of Excel sheets of the modern world, he based his strategy on price patterns around pivot points and coupled it with volume analysis. In short, he entered on a new high or low while using a buffer to reduce the probability of false breakouts.

Livermore’s strategy incorporated aspects like trading ‘with the trend’ and using the pivotal points; timing the market to confirm the direction; close trades that show a loss and trade with a stop; pick sectoral leaders; play with the strongest stocks in a bull market or the weakest stocks in a bear market; do not average down a losing position; don't meet a margin call, and last but not the least, don't follow too many stocks.

Bogle made his mark not with direct stock investing but by upending the mutual fund world. He is rightly known as the father of index investing as the founder of now global goliath Vanguard Group. He disrupted the industry with low-cost passive investment funds.

Unlike other veterans, he had a staid strategy of buy and hold for the long term, with the underlying bet on the economy and equities. His idea was that trading makes for a zero-sum game but at the same time equities will give returns in the long run that would beat other alternatives for one’s savings.

His secret sauce for the common investor is to buy a low-cost index fund and then holding it for a long term as an optimal strategy, not to forget keep investing regularly.

Neff was another mutual fund maverick. The manager of Vanguard’s Windsor Funds, the largest mutual fund when it closed subscription for new investors 36 years ago, Neff specialised in betting on beaten down stocks.

He played the markets as a contrarian by skipping the big growth stocks of the day to pick low-priced, underperforming companies. And how do one pick low-value stocks? By looking at the most prosaic and derided but simple metric of a P/E multiple.

But he didn’t only base his judgement on the ratio. He twined it with solid growth forecast in profit and revenue with attractive dividend yield as a price protection metric.

The founder of the eponymous global investment house that he sold to Franklin Resources and still uses part of his name, Templeton was a contrarian investor and mutual fund manager. He identified value stocks irrespective of market trends and saw a business in distress as an opportunity.

Templeton was also an avid traveller and saw the market opportunity in betting outside the Wall Street as a diversification strategy. He chose markets with lower regulatory hassles and low inflation, and was one of the first to spot the Japanese market when it was still an emerging economy.

Templeton was known for pressing the sell button when there were very high expectations in the markets and also eyed popular but overvalued assets and took positions to take advantage of their impending fall.

On average, he is believed to hold a stock for four years.

Lynch is another mutual fund maven. The man, who consistently beat S&P 500 resulting in the staggering growth of Fidelity’s Magellan Fund assets from $18 million to $14 billion, believed in a bottom-up investment strategy.

He picked stocks after thorough research and believed that one needs to understand a company’s business and competitive environment to spot the right ‘story’. So, he preferred investing in “pantyhose rather than communications satellites” and “motel chains rather than fibre optics”.

In a nutshell, he favoured small, moderately fast-growing companies that are available at a reasonable price, after factoring the usual metrics. But he also had some other factors: if insiders are buying shares, the company is buying back shares, low institutional holding and low analyst-coverage and espoused a buy on dips of a good prospect at cheaper prices.

On the flip side, he used to avoid heated stocks in hot industries, profitable companies in diversifying acquisitions or what he called "diworseifications" and those with customer concentration.

Thomas Rowe Price Jr, the son of a doctor, studied chemistry and worked at DuPont before entering the field of investments. He has also created an institution that bears his name.

When others picked stocks with a cyclical investment theory, he followed a ‘growth stock’ concept where he tried to spot firms for which he could foresee both earnings and dividends over a long period and to make early bets on those companies.

Deep fundamental research including an interaction with the management of the company were some basic strategies that he institutionalised under his own investment outfit. One of his big winners include names like IBM.

The Sage of Omaha is one of the living legends of the investment world and still active at the age of 91 years. Buffet is a strict follower of value investing principles with a buy-and-hold strategy.

Buffett is known to gauge companies via multiple lens including ones that provide a good return on equity over many years compared to peers; low debt and strong shareholders equity; healthy and growing profit margins; unique product or service that brings a competitive advantage.

The last but perhaps the most essential metrics is how are they valued compared to their intrinsic value, the bulwark of value investing.

The Bond King co-founded PIMCO over five decades ago and led it till his ouster eight years ago when he moved to a smaller entity Janus Capital (until his retirement in 2019), after disagreements with German owner Allianz and other issues.

Known for an abrasive style, he is credited for creating the first investable market for fixed-income securities. Gross was associated with aggressive bond investments and changing the complexion of the staid world of bond market into a high risk and reward.

PIMCO not only bulldozed its way into the preserve of insurers and pension funds but engaged in active trading with expansion in assets like junk bonds and emerging markets. Some notable part of his strategies included play on mortgage-backed securities and more credit risks duration while sticking to single credit exposures under 2%.