Import Russian Coal and pay in Yuan; the Ultratech way 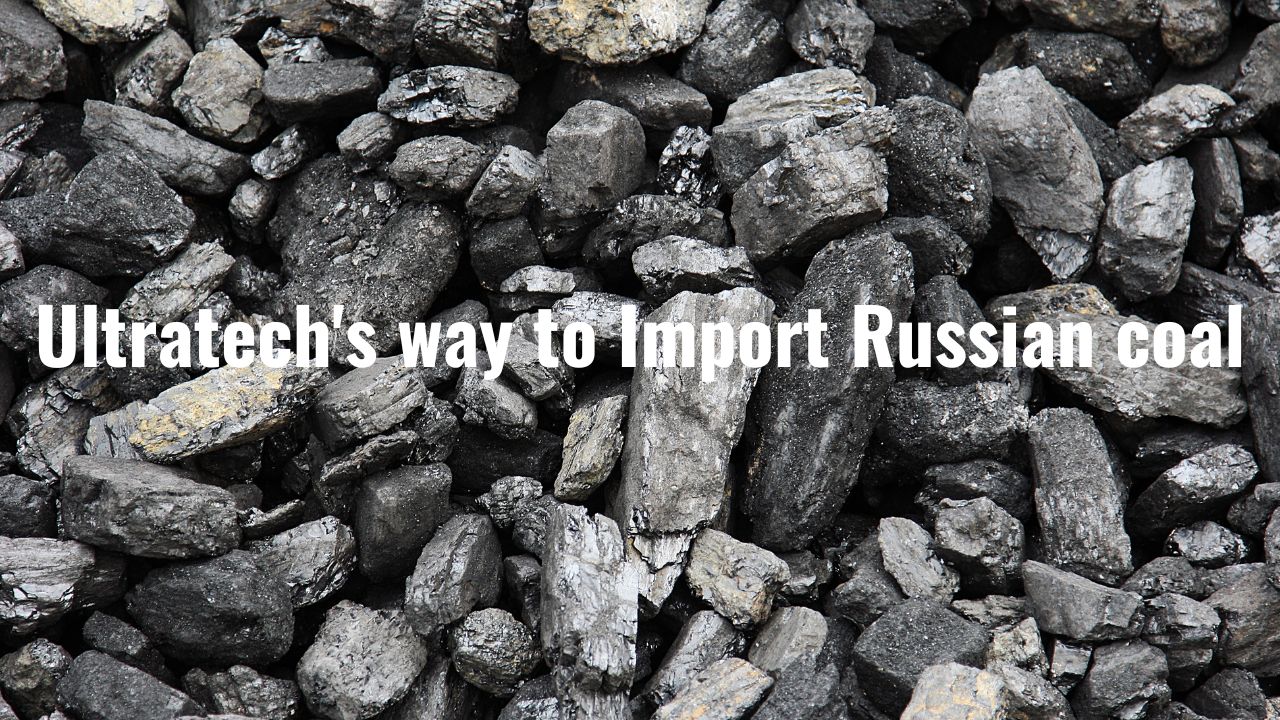 For the production of cement, the cost of coal, fuel and freight is an import cost component. In the last few weeks, the coal prices had shot through the roof compressing the operating margins of cement companies. Now there are signs of a solution emerging as Indian cement companies can import coal from Russia without worrying about the payment mode. It all began when Ultratech, India’s biggest cement manufacturing company, agreed to pay for a $26 million cargo of Russian coal with Chinese yuan; instead of in US Dollars.

This move could be important because the rupee rouble payment mechanism is yet to be put in place. This move is important for Russia because it provides them a market for their massive coal reserves and helps insulate Moscow from the impact of Western sanctions. For China, this is an opportunity to bolster their push to further internationalize the Chinese currency without relying on traditional hard currencies like the dollar, pound, Yen or the Euro. In a sense, it will chip away at the dominance of the US dollar in a rather big way.

But it is really a big boost for the Indian companies as it offers them an alternate mechanism of importing goods directly from Russia without worrying about the implications of Western sanctions. Russia is a massive producer of crude oil, natural gas, coal, coke, ore and even agricultural inputs like sunflower seeds. By purchasing these products directly from Russia and paying in Yuan, it can be a source of cutting down on inflation in the Indian economy. This can be an ad hoc mechanism till the Rupee Rouble channel is firmly in place.

Let us now turn back to the specific case of Ultratech in this case. The deal is structure din such a way that Ultratech will import 157,000 tonnes of coal from Russian producer SUEK. The worth of the cargo is $25.81 million. Instead of paying in dollars, Indian will pay Russia in equivalent CNY172.65 million. The deal was reportedly syndicated by the Dubai based unit of the Russian coal producer, SUEK. The reports are that many other companies have also placed similar orders for Russian coal that is payable in Chinese Yuan, instead of dollars.

While there has been no official comment either from India, Russia or from China; considering the sensitivity of the subject, the focus is on circumventing the dollar. However, most traders admit that they had never seen such a deal happen in the last 2 decades and this is a one of a kind. However, if it were to become a trend, then more countries are likely to latch on to this model to procure low priced commodities from Russia.

Interestingly, India had refused to vote against Russia either in the UNGA, UNSC or at the UNHRC.
The big question is; what does this mean for the Indo-Russia Rupee Payment Plan. As of not it is yet to materialize and that is understandable since only now the Indo-Russia trade had reached such high levels. In fact, China has used Yuan to settle trades with Russia for years. Considering the volatile border situation with China, India may not want to depend on using the Yuan as an intermediary currency for too long. It would obviously look to put in place the rupee rouble mechanism in place as soon as possible. That would be the challenge.

India and China have not been on the best of terms of politically and diplomatically, despite being one of India’s largest trading partners. India’s huge merchandise trade deficit with China has been a constant source of worry for Indian government. Right now, the trade happens in dollars and that is unlikely to change. Whatever the reasons, this is surely helping India keep inflation in check.