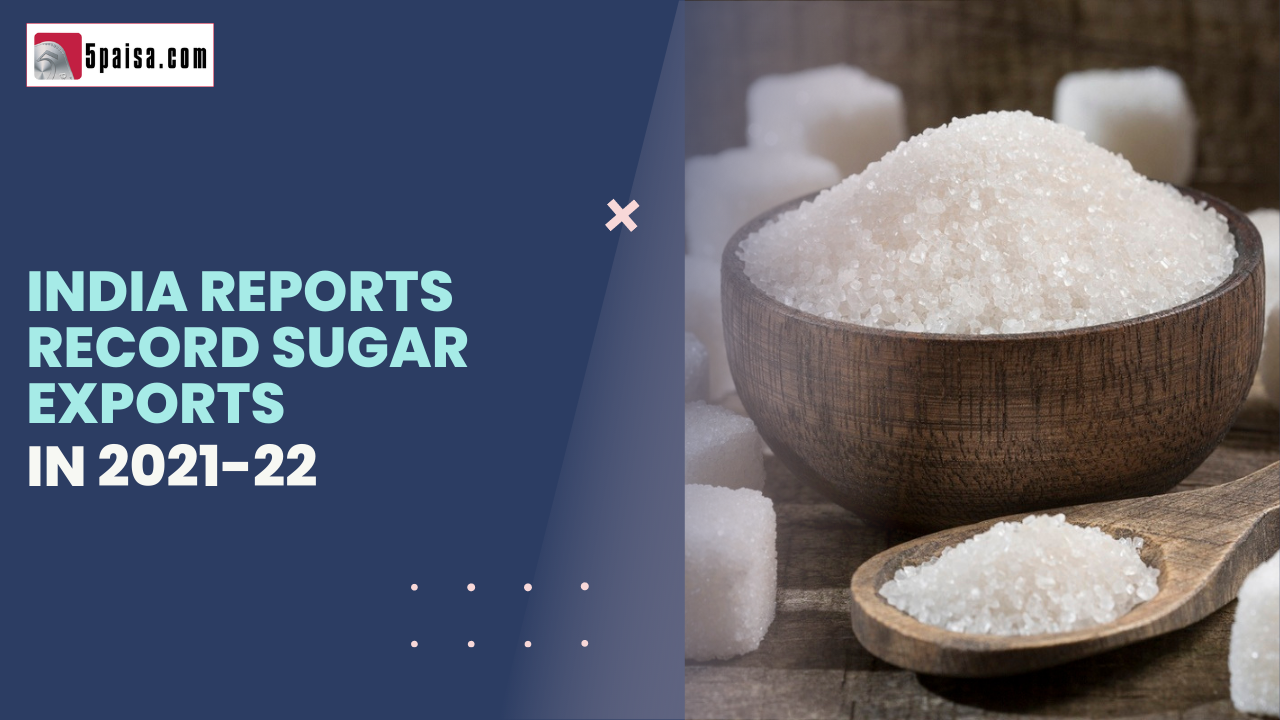 For a long time sugar has been a sensitive subject in India. It still is, but there is a lot more acceptance of the need to export sugar to ensure that farmer dues are not held up unnecessarily. That appears to be happening in the last few years after the government of India not only allowed Indian sugar companies to export more, but also offered them subsidies to make Indian sugar competitive in comparison to Brazil and Thailand. That is evident in the numbers. India's sugar exports for 2021-22 (sugar year) was up 57% at 10.98 million tonnes. But first a quick look at what this sugar year is all about?

The sugar year or the sugar marketing year extends in India from October to September next year. That is the cycle that sugar companies follow for their entire value chain of crushing, extraction, sugar production, ethanol production etc. So, the sugar year is distinct from the calendar year or the financial year as we understand it. Why is this export figure important. Remember, this has resulted in foreign currency inflows of Rs40,000 crore into India in the current sugar cycle year. That assumes a lot of significance at a time when the forex reserves have fallen from $647 billion to $537 billion in less than one year.

One of the big positive outcomes of this record exports has been that the sugar dues have come down sharply. Normally, it does happen that sugar manufacturing units are required to pay an assured price for cane to farmers but the market prices of sugar tend to be lower. This results in losses as a result of which the sugar manufacturer delays payments to the farmers. The robust exports of sugar have ensured that the sugar companies have already paid Rs1.12 trillion out of the R1.18 trillion dues payable to the farmer. That just leaves an outstanding amount of Rs6,000 crore that is still payable to the farmers.

The year 2021-22 has been a big year with India setting records in sugar cane output, sugar production, sugar exports and also in terms of dues paid to farmers. Even ethanol production was at a historic high during the year gone by. However, what is most remarkable about the 10.98 million tonnes of sugar being exported is that it came without any government fiscal support in the form of subsidies. The government had stopped setting aside subsidy after global prices of sugar also rose sharply. This had automatically obviated the need for the government to offer any form of subsidies.

It may be recollected that amidst the commodity shortage going around in India, the government had put a limit of 10 million tonnes of exports of sugar for 2021-22. This was to ensure that adequate domestic supplies were available and there was no rampant price rise locally. The total quote was increased to 11.2 million tonnes and finally India achieved a record 10.98 million of sugar exports. This is sharply higher than the exports of the previous sugar years like 7 million tonnes in 2020-21, 5.90 lakh million in 2019-20 and 3.8 million tonnes in 2018-19. Sugar has surely given some real sweet things to chew upon.

In the last few years, the conscious strategy of the government has been to encourage the sugar mills to divert sugar to ethanol production and export surplus sugar so that mills can pay farmers on time. That is evident in the near 100% payments to farmers released in the current sugar year. Apart from a big boost to exports. Higher ethanol production worth Rs28,000 crore has also helped clear farmer dues quickly. The next ethanol blending target is 20% by the year 2025. That would not only be green but also accretive for sugar industry.