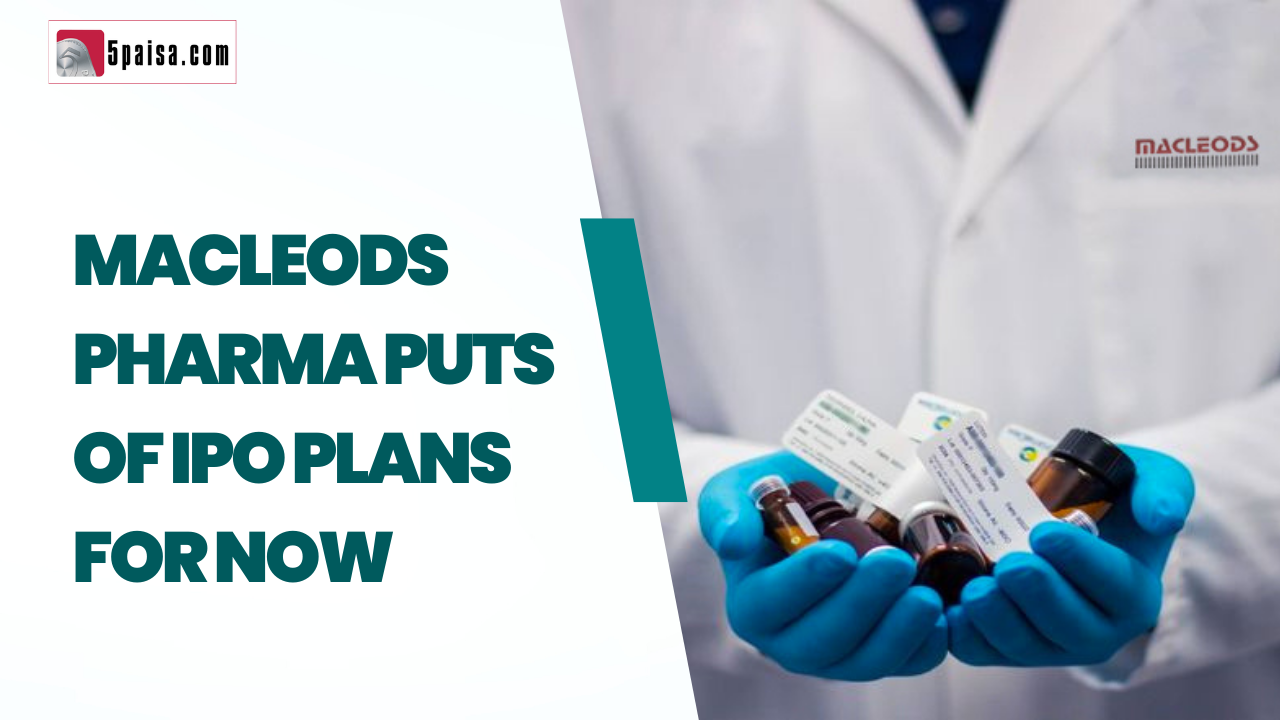 The IPO of the Mumbai-based pharmaceutical company, Macleods Pharmaceuticals, was supposed to be the biggest pharma IPO since Gland Pharma happened almost 2 years back. However, it looks like the company has turned wary after observing the market conditions. For now, it has decided to defer the decision and will explore the IPO option at a later date. This makes it the second large pharma related company to put off IPO plans. Just about a month back, PharmEasy had also decided to put off its IPO plans, citing market conditions.

According to Macleods Pharmaceuticals, there was apparently a valuation mismatch post discussions with institutional investors. As the company has put it, this could be due to the challenging market conditions, but obviously the market was not conducive to attractive valuations. The IPO market in India has become very choosy in the last few months about the kind of value they are willing to assign to companies, irrespective of whether the company is profit making or loss making or likely to be profit making.

The IPO of Macleods Pharma was supposed to be a pure offer for sale, in which the early investors and promoters would offer close to 6.05 crore shares to the public. While the pricing calculations had not been done, the size of the IPO had been pegged at around Rs5,000 crore. This represented a 10% stake in the company so the effective valuations targeted by the company at the time of filing the DRHP was in the vicinity of Rs50,000 crore or around $6.2 billion. The company is not willing to adjust to lower valuations.

Meanwhile, Macleods Pharma has already held few rounds of preliminary discussions with a clutch of private equity funds and the Pharma partial ChrysCapital is supposed to have been a part of these discussions. The company is currently looking to raise close to $100 million from private equity investors by selling a small stake. However, the promoters have said in recent statements that no final call had been taken. The only thing that is evident at this point of time is that the IPO decision has been deferred for the time being.

One school of though is that Macleods Pharma, being an immensely profit and cash-rich company, it may not really require funds at this point of time. Also, being a zero-debt company, Macleods Pharma is no tearing hurry to raise funds to meet cash flows. It has a solid domestic business and does not have too many challengers or competitors in the niche to really worry about. However, not much is available from the side of the company as they have not committed to or denied any of the statements.

This will also raise serious questions about other pharma IPOs in the anvil. Back in November 2020, the largest pharma IPO at Rs6,480 crore was launched by the Hyderabad based Gland Pharma. There is one more pharma company that has filed DRHP with SEBI; Emcure Pharma. This Pune based pharma company is backed by Bain Capital and is targeting to raise Rs5,000 crore through the IPO. It is not clear what will be the status of that IPO and whether Emcure would still like to go ahead with the IPO plans for the time being.

Macleods Pharma specialises in development and manufacture of APIs (active pharma ingredients) and finished dosage pharmaceutical formulations with focus on anti-TB medicines. It is the seventh largest Indian pharma company based on domestic sales. Its product range includes anti-infectives, cardiovascular, anti-diabetic, dermatology, and hormone treatment. Macleods derives nearly 51.73% of its total branded generics revenues from Indian market. Macleods has a total of 8 manufacturing units in India.

Macleods Pharma has a global presence covering more than 170 countries which includes developed and emerging markets. Its footprint is spread across  North America, Europe, Africa, Asia, Latin America and the CIS countries adjoining Russia. The issue was supposed to be lead managed by a marquee list of book running lead managers (BRLMs) which including Kotak Mahindra Capital, Nomura, ICICI Securities, Edelweiss Financial Services and Citigroup. For now, these IPO plans look to be off the radar.