NSE to reintroduce the “Do not Exercise” option 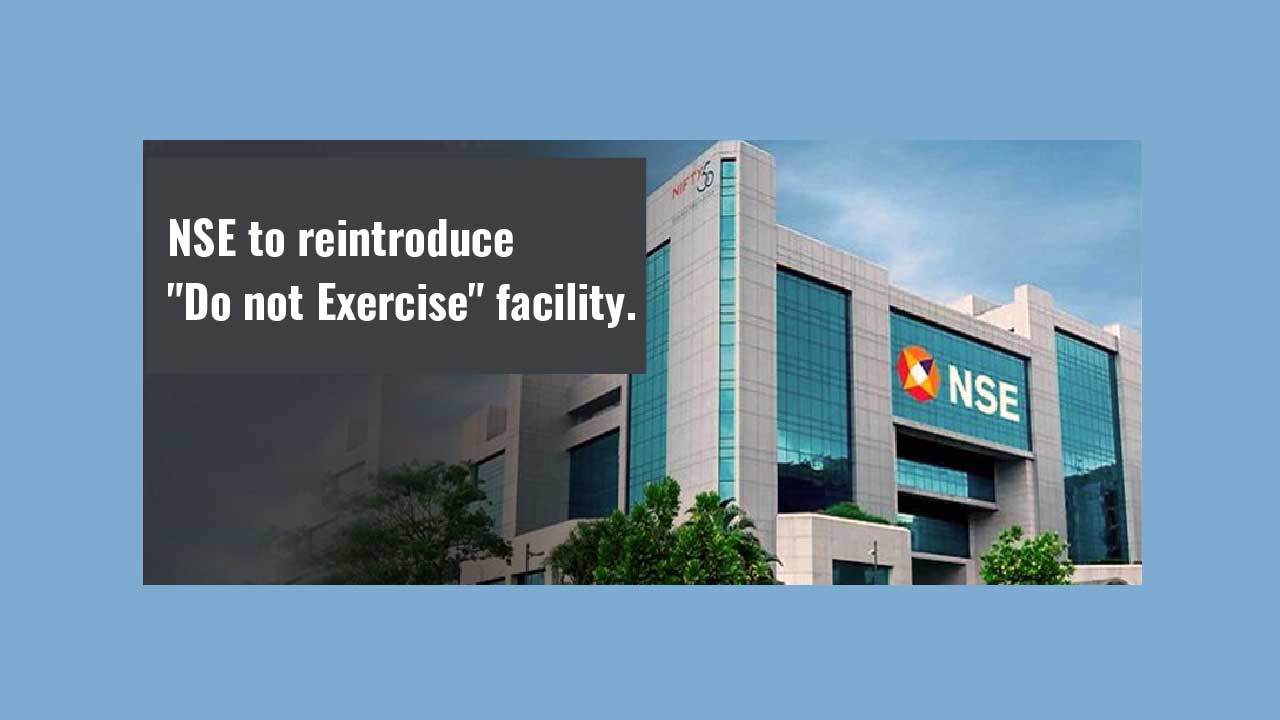 In what could be a piece of good news for nervous F&O traders, the NSE has decided that it will reintroduce the “Do not exercise” instruction when trading in stock options. This Do not Exercise (DNE) option will be introduced effect from 28th April when the May contract will commence for the next F&O series.

It may be recollected that this DNE option was discontinuing from October 2021. Now, after a gap of 6 months, DNE will be back again.

Here is a quick background of the Do not Exercise (DNE), system that was first introduced in the year 2017. It was originally conceived as a foolproof system for options traders during the time of cash-settlement of options contracts.

However, the DNE option had become redundant with the introduction of the physical delivery settlement, since there was no longer the risk of paying STT at a relatively higher rate. That is why it was scrapped.

However, the cash settlement system, while being a relatively simple and foolproof system, had one major loophole in extreme conditions.

For instance, the removal of the “Do not exercise” option created risk of huge losses for traders whose positions would normally be out-of-money but the options suddenly became in-the-money at the time of the expiry due to extreme volatility. This could result in huge losses for the F&O trader in stock options.

In the new system that is effective from October 2021, traders have to mandatorily either square off their existing in-the-money positions before the expiry of the contract or ensure physical delivery.

For a put buyer (equivalent to short position on stock), the situation became very serious in the case of ITM contracts at the time of the expiry. That is because, they have to buy the shares from the auction and deliver to put writer, with big losses.

Let us understand with an example. You are holding a put option on Stock X with strike price of Rs.120 and the current market price is Rs.130. Clearly, the put option is deeply out of the money in this case and the trader would believe there is no risk and leave the contract to expiry.

A sudden surge in price in the last few minutes to around Rs.118 would make this put option ITM and invite the risk of taking the losses of buying from the auction.

This is not a hypothetical situation since it actually happened during the Jan-22 contract. Several large traders in stock options complained of large losses in their out-of-money put options of Hindalco Industries expiring in December, which suddenly became in-the-money on the day of the expiry due to a very sharp fall in the price of the stock in the closing hours of the session. The auction losses for delivery of stocks had to be borne by them.

With the reintroduction of the Do Not Exercise (DNE) options, the traders in stock options can now give explicit instructions to their brokers not to exercise the option and instead automatically square off their out-of-money positions.

This was a lacunae in the exiting system of options trading and the reintroduction of the DNE facility helps to effectively plug this gap. That makes the stock options market a safer place for the F&O traders.