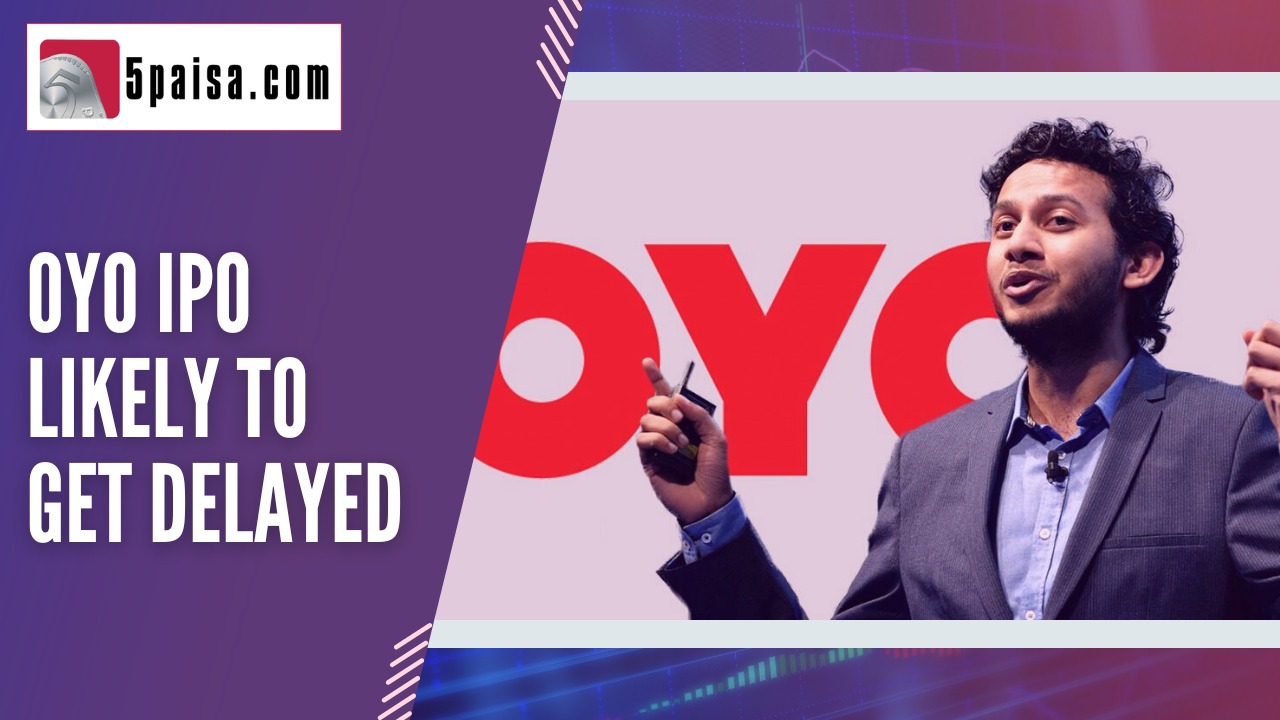 Oyo Rooms IPO is likely to be delayed by another 3 months or so. The delay this time around is due to SEBI seeking more information from OYO to update its draft IPO papers. Oyo was promoted by Ritesh Agarwal on the lines of Airbnb, which offers economical home stay to travellers and tourists on the lines of the bed and breakfast model offered by Airbnb across the globe. Oyo was planning to raise over a billion dollars through the IPO route and the approval from SEBI had been delayed due to several technical reasons in the past. The IPO process was about to get done in the first quarter of 2023, but that now looks like getting delayed as SEBI has sought more information.

Oyo Rooms operates under the corporate entity of Oravel Stays. The company has been instructed by the Securities and Exchange Board of India (SEBI) to update its risk factors mentioned in the draft red herring prospectus. The regulator has also asked OYO Rooms to update details about its key performance indicators (KPIs), pending lawsuits and litigations as of the date of filing, apart from the basis for the valuation. It may be recollected that SEBI chairperson, Madhabi Puri Buch, had mentioned that she wanted new age companies to disclose more details relevant to the potential retail investors including a detailed justification of the valuation exercise and the parameters used in arriving at the price.

The DRHP filed by OYO Rooms was prior to these points being raised by SEBI. However, in the last year or so, there has been a lot of wealth destruction by the digital companies. Most of the companies like Paytm, Nykaa, CarTrade, Zomato, Policybazaar and even Delhivery had caused a lot of wealth destruction. That had impacted the IPO sentiments in the market pushing the retail investors away from the IPO market. At that point, SEBI chairperson had promised that the regulator would insist on greater and more transparent disclosures on the pricing and valuation methodology. In the last few months, the bonus issue of Nykaa and the buyback proposal of Paytm have also become fairly controversial.

The OYO Rooms IPO was supposed to be launched either in the first or the second quarter of calendar year 2023. However, now with SEBI insisting on the company filing more data, including valuation justifications, it looks like the IPO may get pushed to the third quarter of 2023 or even beyond. There is yet no official word from the company on this front. In a sense, the regulator is quite keen that OYO Rooms should become a case study for new age digital IPOs where there is a lot more of information provided to the investors to allow them to make an informed and intelligent decision before investing in the IPO.

Most analysts are of the view that this should be a positive and progressive move by the regulator. The SEBI chairperson had promised greater transparency and now the regulator is walking the talk. This should make companies and investment bankers more wary about the promises they make and the kind of picture they paint about the company. Madhabi had already underlined that the regulator would not want to interfere in the methodology of valuation as long as adequate disclosures were made by the company and the logic of past valuations was adequate disclosed by the companies. If SEBI has its way, then this should become a template for digital new age IPOs in the future to disclose more information.

In the last one year, digital IPOs like Paytm, CarTrade, Policybazaar, Zomato and Delhivery have been among the top wealth destroyers in the market. This may not rectify what has already happened but it would offer the much needed template for serious players to offer a proper narrative to the investors. One can argue that technology stocks have been beaten globally, and that is not entirely incorrect. Even stocks like Tesla, Amazon, Facebook and Google have seen billions of dollars of wealth wiped out. However, a more transparent and investor friendly template by SEBI will go a long way in boosting investor confidence. To that extent, it would be a huge positive.