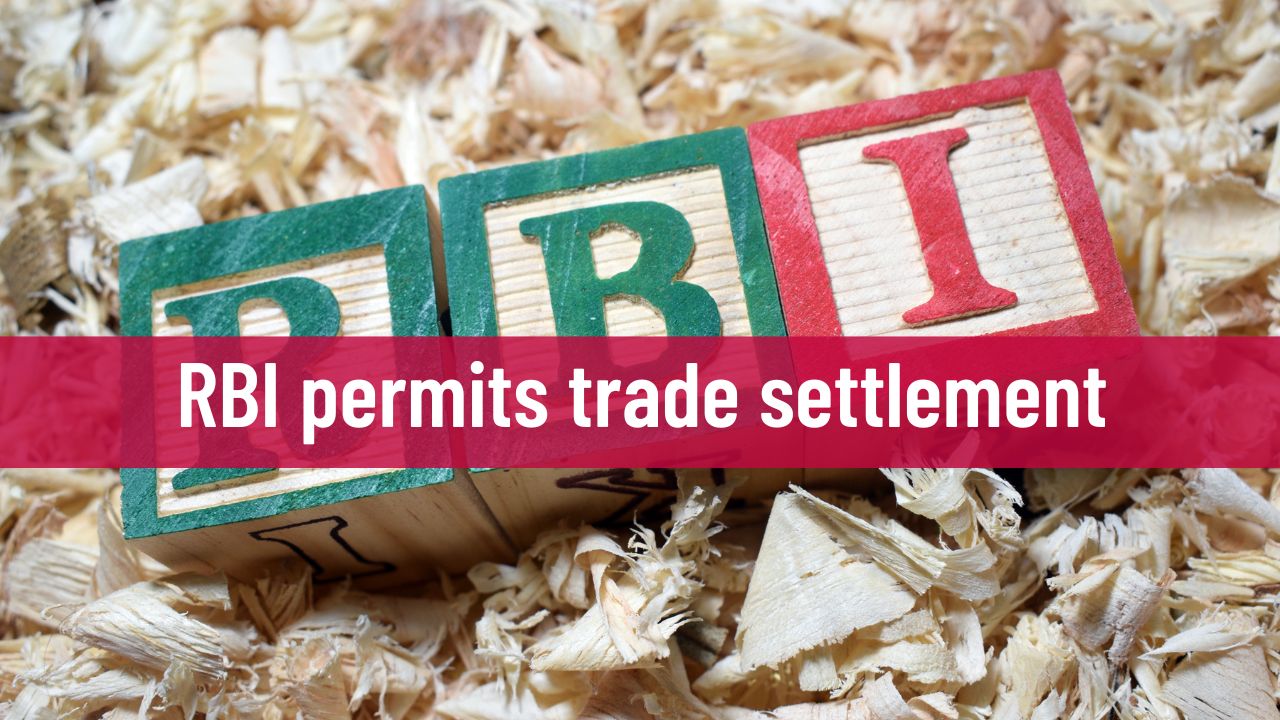 Last month, there was an interesting transaction in which Ultratech Cements imported coal from Russia. What was interesting was that the payment for the Russian coal was made in Chinese Yuan. That was necessitated as Russia was cut off from the dollar payment market and India still did not have a rupee rouble trading arrangement with Russia. Post that transaction, the government and the RBI have moved on a war footing and on 11th July, RBI announced the detailed rules and regulations for trade settlement via the rupee route.

Interestingly, this announcement comes at a time when the rupee has sunk to a low of 79.63/$ and is on the verge of breaching the 80/$ mark. This move is likely to encourage the trade for India with Russia. In this case, the dollar market is cut off and India is not keen to encourage the use of Yuan market due to the ongoing geopolitical tensions at the border. This is also likely to help India in its trade with Sri Lanka, which has been in the midst of a massive financial crisis and is on the verge of defaulting on payments.
What does the RBI announcement on Rupee Trade cover?

Broadly, the RBI has decided to put in place an additional parallel arrangement for invoicing, payment, and settlement of exports and imports in Indian Rupee. This assumes added significance in the light of the rupee sinking to a low of 79.63/$ and also in the light of India’s decision to continue its trade with Russia, notwithstanding sanctions imposed by the west. The relentless outflow of FII money, worth nearly $35 billion in the last 9 months, has exacerbated the pressure on the Indian rupee. That is the background.

Under the modified framework proposed by the RBI, cross-border exports and imports covered under the FEMA may be denominated and invoiced in Indian rupees. However, the RBI has stipulate that the exchange rate between the currencies of the two trading partners would be market determined. To facilitate the settlement of trades in rupees, a bank that is authorised to deal in foreign exchange in India will be permitted to open a Special Rupee Vostro Accounts of the correspondent bank of the trading partner nation.
Here is how the modus operandi would work. To facilitate a rupee settlement of the trade, Indian importers will be allowed to pay in Indian Rupees and the same will be credited into the Special Vostro account of the correspondent bank. This credit will be against the invoices for the supply of goods from the overseas supplier. In the case of Indian exporters who opt for this route, export proceeds in INR will be credited to Special Vostro accounts.

There are certain additional conditions applicable in such cases. For instance, the setting off export receivables against import payables in respect of the same overseas buyer via the Rupee Payment Mechanism would be allowed on certain conditions. The balances held in the Special Vostro Accounts can be applied for payments for projects and investments; export / import advances and investment in Government Treasury Bills and Government securities. This is most likely to be used with Russia, Iran and Sri Lanka.

Of course, these measures must be seen in tandem with the additional measures announced by the RBI last week to improve the forex flows into India. The idea broadly appears to be to reduce the demand for foreign exchange and avoid importer pressure on the rupee/dollar, especially from the oil marketing companies. It remains to be seen, to what extent these measures are instrumental in reducing the pressure on the rupee and also in stemming the outflows of dollars in the last few months on a consistent basis.