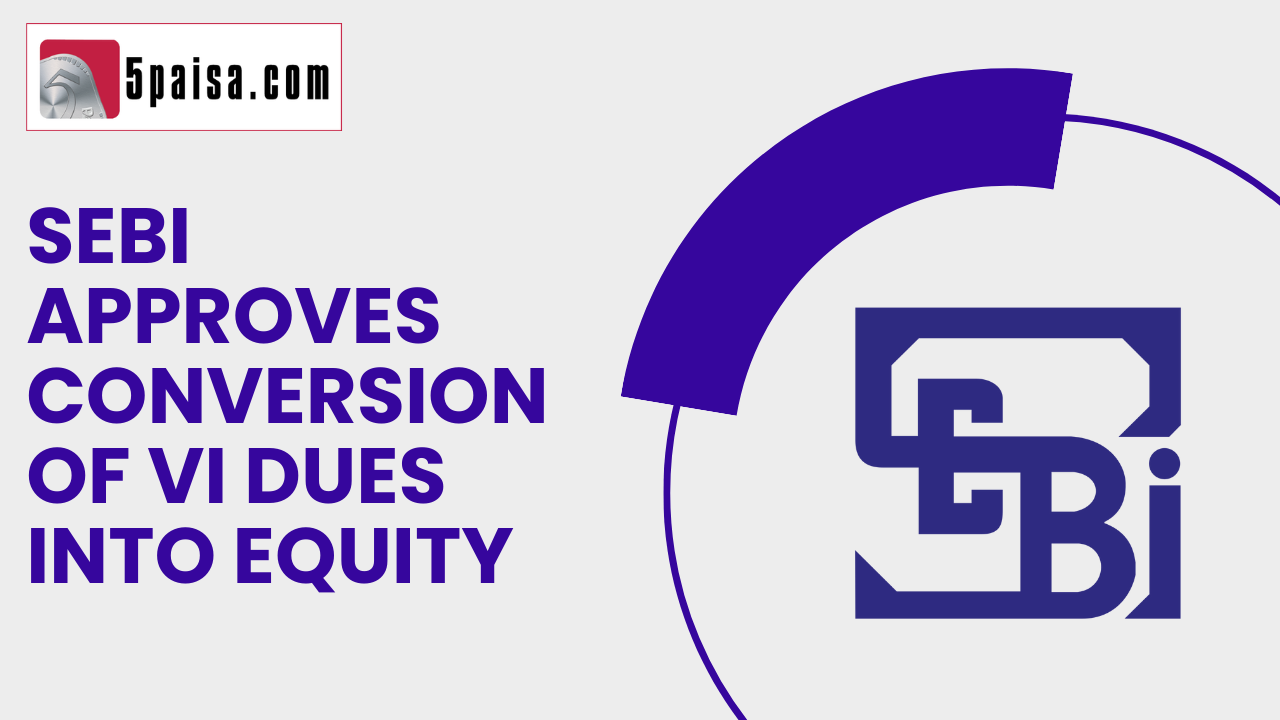 During the week, SEBI officially approved the proposal of the government of India to convert dues worth nearly Rs16,000 crore ($1.92 billion) owed by Vodafone Idea. As part of the rescue package for telecom companies and to give them relief on the cash flow front, the government had offered the telecom companies the option to convert their outstanding statutory dues to the government into equity. Out of the 3 major telcos, Bharti Airtel and Reliance Jio had waived the offer and decided to pay up the entire statutory dues. On the other hand, stressed Vodafone Idea was the only company to opt for conversion of debt into equity.

This conversion facility was offered to the telcos with specific reference to the Adjusted Gross Revenue dues that telcos owed to the government. The problem had been substantial for Bharti Airtel and Vodafone, since the payment of licensing fees was only done on telecom revenues and not from other income like leasing of towers and service charges. However, after the Supreme Court upheld the contention of DOT that such charges had to be paid by the telcos, there was no choice. Jio did not have a big liability, but Bharti agreed to pay the charges while Vodafone Idea opted for conversion of dues into equity.

In sense, it was this special rescue package that allowed Vodafone Idea to stand up once again and literally brought it back from the brink of bankruptcy. Had this offer not been made by the government, Vodafone would have had no choice but to declare bankruptcy, putting scores of jobs on the block and also creating telecom NPAs worth more than Rs1.50 trillion which Vodafone Idea owes to banks and other creditors. The offer to convert debt into equity virtually rescued Vodafone Idea and gave them another chance at reviving their business. With SEBI approving this move, government can go ahead with the conversion.

In a sense this would be like the nationalization of one of the largest telecom services provider in India. At one point, Vodafone, Bharti and Idea were the Big-3 in the Indian telecom industry. However, things changed drastically after Jio entered the telecom fray in 2016 with its loss leader strategy. While Jio had the pockets and the staying power, it forced Idea and Vodafone to merger while the other marginal players like RCOM, Aircel and Tata Teleservices virtually went out of business altogether and had to sell out or face bankruptcy. However, as Jio has built heft, Vodafone has been the big market share loser.

It is estimated that the government's stake in Vodafone Idea after the conversion would be more than 30%, although we need to wait for the actual ratio based on the outstanding dues as of date. In other words, the government of India also becomes a key shareholder in Vodafone Idea, alongside the Aditya Birla Group and Vodafone PLC of UK. The big priority for them would be to raise market share, improve ARPUs and bring about better return on equity so that the company can raise funds in the future at competitive rates. That appears to be quite elusive at this point of time for Vodafone Idea.

Apart from approving the conversion of outstanding AGR dues into equity, SEBI has also approved the request of the government of India to treat its holdings in Vodafone Idea as part of public float. Extant guidelines state that only holdings up to 10% can be classified as public shareholdings. However, in the case of the government in this case, it was more of an acquisition by default and not by design. As part of the deal, the government also commits that it would sell its stake in Vodafone Idea only after the telecom operator manages to turn around to profits. That gives the company sufficient breathing room to fight another day.