These top holdings of Madhu Kela outperformed BSE Sensex in the first half of 2021.

While BSE Sensex was 10% up till June 2021 quarter, the portfolio of stocks held by Madusudhan Kela outperformed Sensex with an astronomical return of 124% from one IT company.

Identify big growth themes and special situations for both tactical and long-term investments.

Within the identified theme, they filter out companies with better risk-adjusted return characteristics. They use a combination of proprietary sector models, earnings/balance sheet analysis tools, risk assessment frameworks to further narrow the field for investment.

This forms the bedrock of their investing philosophy. They look out for entrepreneurs with passion and a hunger to win. The individual must demonstrate both vision and execution capabilities.

There should be a runway for sustainable growth, capital allocation decisions, investment into IP, comparison of key operating metrics against industry benchmarks, scalability potential and right to win incremental market share/business etc, are some of the points they look out for.

These are some of the steps behind Madhu Kela's stock screening process. They are size agnostic and generally prefer concentrated, medium-term bets (2-4 years).

Madhusudan Kela (Madhu), the founder of Invexa Capital, is one of the most eminent and seasoned investors in the Indian Capital Markets. In a long and highly successful career spanning three decades, Madhu has received several prestigious accolades for his investing acumen - including the Best Equity Fund Manager from the Prime Minister of India.

When you pick a stock do you prefer using any of Madhu Kela's strategies?

What does the relative price strength predict about HDFC Bank share price?. 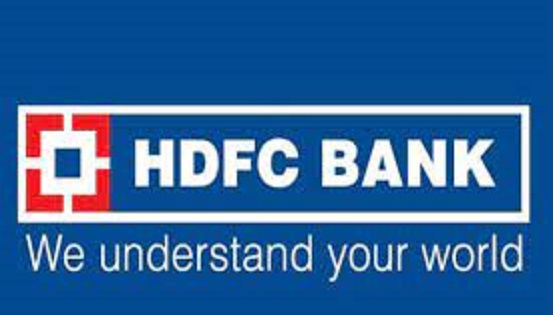 Last five-year data shows that once this ratio starts increasing, it can go as high as two standard deviations above its average before reverting back towards its five-year average.

Most technical analysts employ various types of screening methods to identify the winners. One of the most widely used is a concept called relative strength to judge which securities have the promise. Relative price strength is a reliable concept and has been widely used to find the strength of stocks. One of the most common means of establishing relative strength is called the ratio method. It is merely the ratio between stocks and their index.

It has been witnessed that this ratio of well-established companies keeps on moving around the average. Divergence analysis, trend lines, and even patterns appear in the ratio lines. For example, in the last five years, the average ratio for HDFC Bank has been around 0.0942. A rising ratio shows the strength of the stock. The ratio of HDFC Bank to Nifty 50 after reaching a high of 0.11 on November 10, 2020, saw a steady decline. It reached its recent minimum of 0.085 in September. Now again it is showing a consistent gain and now it is at 0.091, which is below its five year average of 0.0942.

Last five year data shows that once this ratio starts increasing, it can go as high as two standard deviations above its average before reverting towards its five-year average.

Besides, there are fundamental reasons that can help the bank to continue its momentum. For example, on October 6, Moody's has affirmed the long-term local and foreign currency deposit ratings of HDFC Bank, at Baa3. At the same time, their rating outlooks have been changed to stable from negative. The bank also plans to unlock value through the listing of its non-banking subsidiary, HDB Financial Services. The bank is eying a valuation of anywhere between Rs 60,000-67,500 crore in which Bank holds more than 90%.

These stocks see huge volume burst in the last leg of the trading session.

Kalyan Jewellers India: The stock had gained nearly 14% on Thursday and interestingly, one-third of the volume for the day was recorded in the last 75-minutes of the trading session. Plus, the price of the stock also shot up and closed near its day’s high. Keep a watch on this stock.

Blue Dart: The stock moved in a lacklustre manner for the majority part of the trading session on Thursday. However, in the last leg of the trade, the stock had witnessed buying interest. This is quite evident from the fact that nearly 70% of the volume of the day was registered in the last 75-minutes of the trade. Along with this, the price also surged higher, which suggest that the stock could remain in action in the coming trading session. Don’t miss out on this stock.

These stocks are likely to be in focus on October 8.

Indian equity benchmarks traded on neutral lines on Thursday. Both Sensex and Nifty held the gains from the start of the trading session. Sensex ended 482.20 points or 0.82% higher and Nifty gained 142.10 points or 0.82%.

In the broader market, the BSE midcap and smallcap indices settled in green with gains of 1.68% and 1.38%, respectively. The domestic sentiments were dampened by the negative cues from other Asian markets.

On the sectoral front, all the indices ended on the higher side except BSE Telecom and BSE Oil & Gas. BSE Realty, BSE Consumer Durables and BSE Auto have rallied up to 6.03%.

Keep a watch on these stocks on Friday:

Infosys- The company announced its partnership with ATP Tour to launch a suite of exciting match stats and analysis tools designed to bring fans, coaches and media closer to the action of men’s professional tennis. The new features launched today have been enabled using the Infosys Tennis Platform which leverages tech such as big data analytics and natural language generation (NLG) to produce match insights in 3D.

Piramal Enterprises – The stock has made a fresh 52-week high price of Rs 3014.95 in Thursday’s trading session. The board of directors of Piramal Enterprises at their meeting held on October 7, 2021, approved the demerger of pharma operations. Piramal Pharma will be listed on BSE and NSE. For one share held in the company, four shares of Piramal Pharma will be issued.

Mahindra & Mahindra - The company shared that on Thursday, Mahindra XUV700 clocked 25,000 bookings in 57 minutes of its commencement which is an unprecedented milestone in the Indian automotive industry. The volume of 25,000 XUV700s made available today at the launch prices reflects up to six months of production depending on the variant. With this, XUV700 qualifies to be the first four-wheeler in India to hit this milestone.

Small-cap stocks: Keep a close eye on these trending stocks on October 8, 2021.

Keep a close eye on these trending small-cap stocks for Friday, October 8, 2021:

Sobha – The company has announced that it has achieved the best sales volume at sustainable price realization, primarily driven by good sale numbers achieved in Bengaluru, Gurugram, Pune and GIFT city. The Kerala region has shown improved sales performance as compared to Q1FY22. Quarterly sales volume stood at 1,348,864 square feet of super built-up area valued at Rs 10.30 billion. During the quarter, the company has also launched 'Sobha Manhattan' residential project in Bengaluru and 'Sobha Arbor' residential project in Chennai with a super built-up area of 875,242 square feet and 286,689 square feet respectively.

The company has said in a filing with the exchange that, “Sobha with its presence in 10 cities, poised to enter in new locations and with a good launch pipeline is ready to play its due role in this environment. It is also expected that a continuous increase in vaccination will make the possibility of Covid third-wave less impactful. The recent India rating outlook upgrade from negative to stable by Moody reflects the same.”