Twitter poll wants Elon Musk out; should he step down? 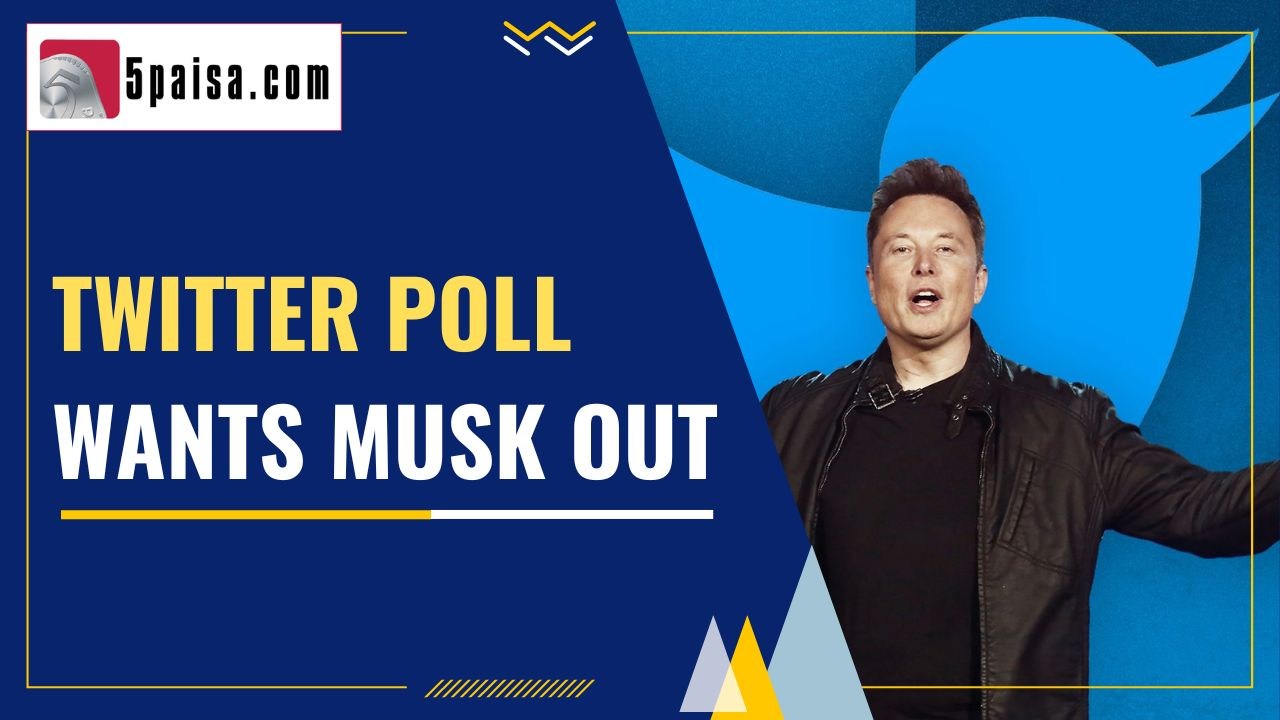 Elon Musk may be an extremely brave man to have made a $44 billion bid for Twitter and eventually succeeded in the bid. However, his recent show of bravado has not been too helpful. It has just about created a new level of uncertainty at a Twitter. This is how it panned. Twitter recently carried out a regular poll asking whether Elon Musk should step down as the chief of Twitter. When the poll closed, it emerged that majority of the people had voted for the removal of Musk. Worse still, Musk had even publicly stated that he would step down from the top job if the poll suggested that he should step down.

The poll outcome clearly appeared to indicate that the public was not too happy with the way Musk was trying to run Twitter. By the time the poll closed in a span of 12 hours, more than 17 million Twitter users had voted for the poll with a clearly majority of 58% voting for the exit of Musk. When the poll was launched, Musk had hinted that he would abide by the results. In recent months, Musk had got himself into a series of controversial statements and decisions at Twitter. These had largely alienated some users and advertisers, although Musk has held on to the view that these measures were inevitable for a profit turnaround.

The question is if not Musk, then who. Even if Musk would step down, it would be tough to find someone willing to take the job. After all, Musk still remains the biggest owner of Twitter so he would obviously have a major say in the way Twitter is going to be run. That would make it a rather unenviable job with few takers. In the case of Twitter, most of the previous leadership has already been fired, so there is not much for Musk to fall back upon in terms of management bandwidth. With Twitter losing nearly $4 million per day, Musk has already warned that the company could be closer to bankruptcy than most imagined.

The irony is that, irrespective of whom Musk appoints as the titular head of Twitter, his own massive financial stake means he would still unabashedly call the shots. That is a tough job. On the one hand, Musk may have overpaid for Twitter and on the other hand, he is finding it hard to find leaders. One outcome is that Musk is apparently spending more time with Twitter than with Tesla. To add to the concerns, Musk has apparently sold $3.5 billion of Tesla stock in his second round sale to bankroll the costs at Twitter. Most investors are still not too clear what prompted Musk to sell additional Tesla stock, other than finances. The issue for now is that there are growing concerns that Twitter will badly impact Tesla.

That brings us back to the core question. Will Musk step down from the top job, since that is what the poll suggests. For now, Musk is likely to take umbrage in the statement that there are no takers for the top job at Twitter. That is not surprising and there are unlikely to be too many takers for the job. After all, Musk has paid a bomb, he is fleecing Tesla his cash cow and now he wants to appoint a titular head and call the shots at Twitter from the background. Investors are already tired with what is happening at Twitter and the stock is already down 56% in recent months. Above all, it looks like the original team of Twitter has taken an exit at the right time before things really turned from bad to worse.