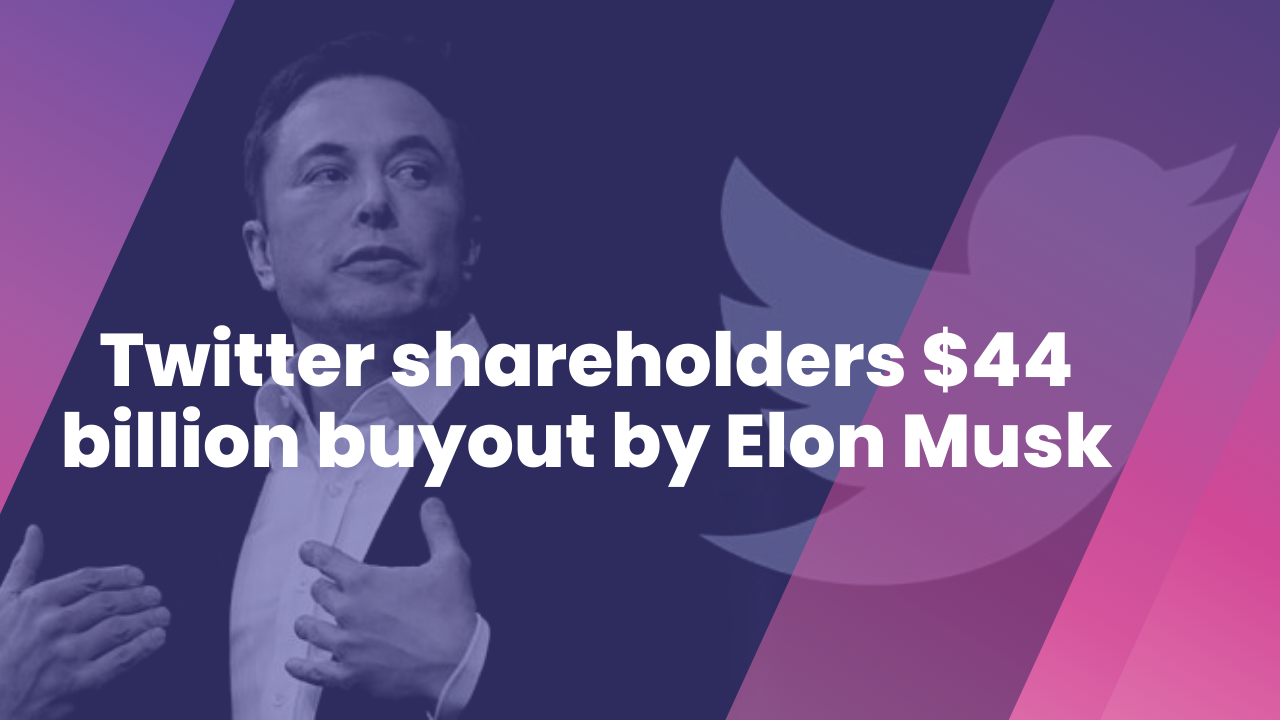 The latest decision by the shareholders of Twitter to approve the proposal by Elon Musk is likely to add a new twist to the tale. Musk had originally made a $44 billion bid for Twitter but had subsequently backed out of the deal citing non-cooperation by Twitter. Apparently, Twitter was not sharing details with Elon Musk about the number of fake accounts in Twitter. Now the news twist to the tale comes from the Twitter shareholders voting to approve a deal with Elon Musk to buy the company for $44bn.

The decision, which was made via a short conference call with investors from the company's San Francisco headquarters, is likely to put Musk on the back foot and it remains to be seen what is the narrative that he now resorts to. With the vote through, Twitter will now try to force Elon Musk to buy the company in the courts. In April this year, Twitter had agreed to sell the company to Elon Musk in his personal capacity. However, the deal had soured after Musk alleged he was misled by Twitter about the number of spam and BOT accounts.

While Musk cited the refusal to divulge granular details as the major reason for backing out, Twitter is not accepting that line of argument. According to Twitter, after making a firm commitment to Twitter, Musk can just back out of the deal. Twitter has already spent $33 million on the Musk deal and we are not even counting the value depletion that may have happened in the process after the stock price of Twitter fell. Twitter has held on to its view that less than 5% of its monetizable daily active users are BOTs, but Musk disagrees.

The problem is that Twitter is currently valued in the market at $32bn, which is considerably below the $44bn offer that was already made by Musk. With the shareholder approval coming in, it is quite clear that Twitter now has the green light from the shareholders to pursue Mr Musk in court. The hearing is scheduled in Delaware in October 2022, wherein the judge will adjudicate on whether Musk has to buy the company. Of course, the recent testimony by Pieter Zatko could complicate issues for Twitter, but that is another issue.

Zatko is the former security head at Twitter and he affirmed on oath that Twitter was misleading the public about how secure the platform is. He said that Twitter is way behind security standards. Zatko had even supported Musk's claim that the platform has more spam and fake accounts than admitted. Musk’s lawyer can use Zatco’s testimony in court. For now, it looks like interesting times but the fight could go on really long. For Musk, it would be all about whether he is willing to pay that few billions more, if at all.