What is the big story on auto numbers for July 2022? 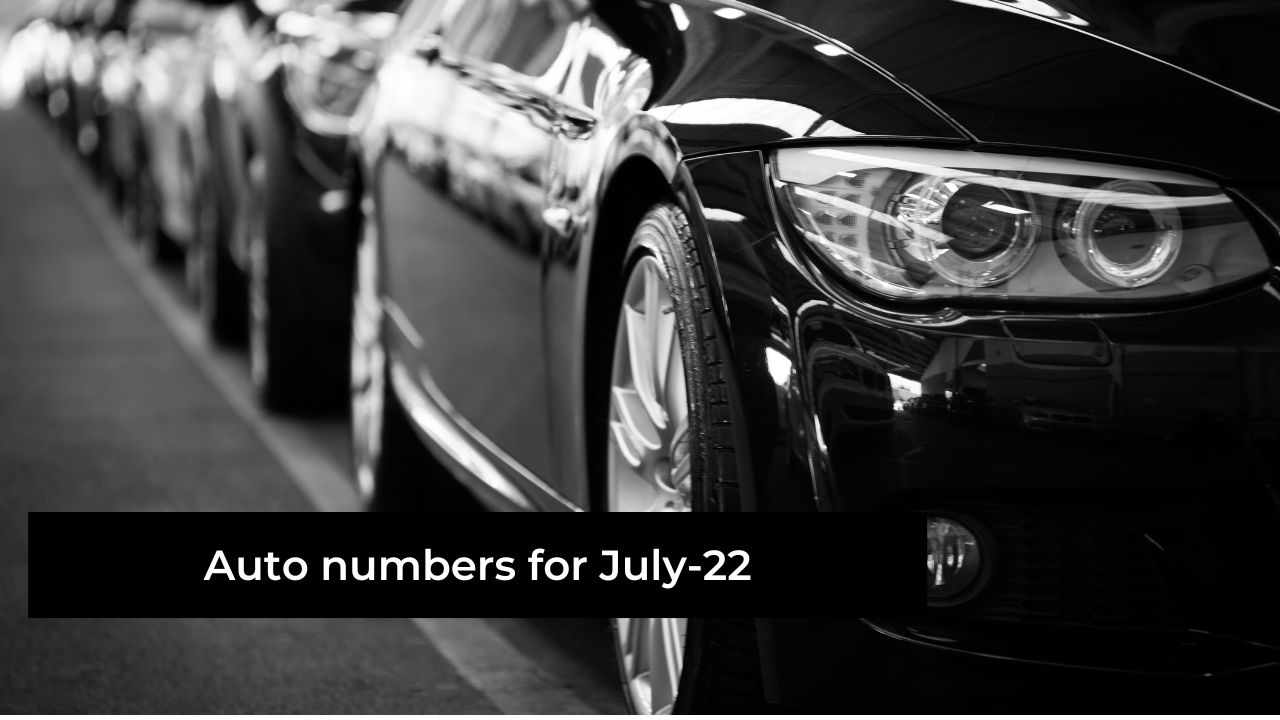 Remember that the above numbers are called wholesale numbers. They reflect the dispatches made by the manufacturers of the automobiles to the wholesalers. The retail appetite is captured by the FADA (Federation of Automobile Dealers Association), which looks at retail level registrations of vehicles on the Vaahan Portal of the government. However, the wholesale numbers are a good barometer of the confidence that the auto manufacturers evince in enhancing production, which is a function of demand.

Before we go into the specific auto numbers, a quick look at what has been the reason for the sharp turnaround in the auto output. There are several reasons. Firstly, with the sharp fall in the price of inputs (especially steel), the auto companies are feeling less pressure on their margins. Recent market inputs have shown that rural sales has once again picked up and that is working in favour of the entry level of PVs. Above all, the shortage of microchips which was the big bane for the auto sector, has been mitigated, if not fully eliminated.

How the big car companies fared in July 2022?

First the macro picture. Tata Motors is inching tantalizing close to Hyundai and Kia Motors is getting really close to Mahindra & Mahindra. Including the leader in the PV segment, Maruti Suzuki, these five auto manufacturers represent the big league in terms of auto numbers. On a yoy basis, the top five auto makers saw positive growth with only Kia seeing output fall in July compared to June 2022. Among the top five players, Tata Motors, Mahindra & Mahindra and Kia Motors have shown really strong growth in dispatches on yoy basis.

In terms of specifics, Maruti sold 129,802 vehicles in July, a sharp growth of 15% over June 2022. The boost to numbers came from its models like the Alto, S-Presso, Baleno, Dzire, Ignis and Swift. However, Ciaz, Brezza, Ertiga and S-Cross saw pressure on numbers. In the case of Hyundai India, the company managed to cross 50,000 unit dispatches in the month. For now, Maruti and Hyundai continue to remain the top two in terms of monthly dispatches of vehicles to wholesalers.

Tata Motors saw 47,506 units dispatched in July, falling just short of Hyundai India. Its new vehicle range comprising the Nexon EV, Altroz, Punch, Safari and Harrier have made Tata Motors a preferred choice for many. It showed strong growth of 57% yoy. M&M also saw robust demand for its popular offerings like the Thar, XUV300 and XUV700. The record bookings for 18,000 Scorpio-N are likely to boost numbers for M&M in the coming months. It still dominates the rugged terrain cars in India and has almost become synonymous.

The other big stories for the month of July 2022 in terms of dispatch numbers were Kia Motors and Toyota Kirloskar, which reported yoy growth of 47% and 50% respectively. For Toyota Kirloskar, July 2022 dispatches were the highest since it began operations in India. The analyst estimate is that going ahead, the compact SUV and the mid-SUV segment to drive demand and sales. That should be music to the ears of Maruti, as that is the segment that they lagged in the month of July 2022.