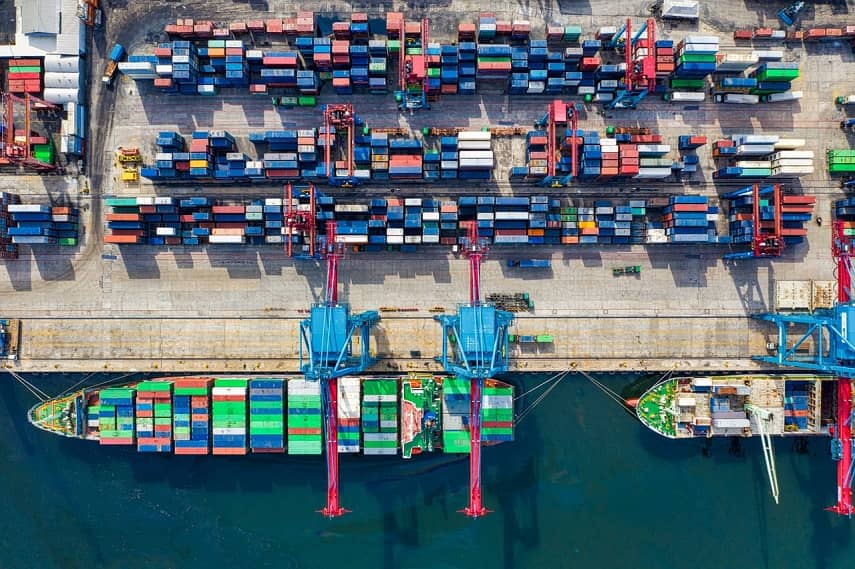 For the past three months, Chinese authorities have been strictly enforcing a hard lockdown in Beijing and Shanghai—the country’s political and financial capitals—respectively, as part of its policy of ‘zero Covid’ tolerance.

That decision may have helped curb the spread of the pandemic but also kept thousands of people quarantined to their homes for weeks and led to major disruption in the lives of the two cities’ residents.

Restrictions were initially eased in early June but the authorities brought back restrictions in one of the districts to test all residents just a couple of weeks later. Now, however, most restrictions have been lifted as Shanghai reported zero Covid cases for the first time since March.

This has indeed brought relief for the city’s residents. However, the sharp rise in trade activities is now expected to lead to another short-term disruption in the global supply chain, threatening a ripple effect for other countries that have been already facing a cost push due to rocketing prices of oil.

What has a city more than 5,000 km away from the Indian financial capital Mumbai has to do with the impact on supply chain in India?

China accounts for around a seventh of the merchandise exports in the world. The Shanghai port itself represents a fifth of the country’s international trade.

Moreover, China is also one of India’s top trading partners. In fact, China was India’s second-largest trading partner in the financial year 2021-22, dropping from the top position the year before. However, India-China trade jumped by a third during 2021-22 to $115.42 billion from $86.4 billion in 2020-21, government data show.

India’s exports to China inched up to $21.25 billion last fiscal year from $21.18 billion in 2020-21, but imports soared to $94.16 billion from about $65.21 billion, the data show. China’s growing importance to India is evident from the fact that shortages in semiconductor supplies have pushed up waiting periods of cars and SUVs to several months.

The end of the lockdown means a resumption in trade activities in China that are now poised to see a sharp rise for clearing the three-month backlog. This may lead to container rates remaining elevated and disruptive realignment of container routes, according to India Ratings and Research (Ind-Ra).

Secondly, most of the Shanghai cargos are US-West Coast bound. China’s move to clear the backlog might coincide with the high-demand summer season in the US, which could further exert pressure on the supply chain.

In the meantime, Europe is still grappling with the Russia-Ukraine war that has exacerbated the risks at the macroeconomic level and also flagging consumer confidence. The European ports, which are already congested, may lead to a longer waiting time of some vessels originating in Asia.

The impact is likely in some form on all three modes of freight movement: air logistics (passenger and freight), sea logistics (global and domestic) and surface logistics (rail and road). However, it could naturally have a bigger impact on sea freight.

Global container volumes grew at about 2% CAGR during the five years ended March 2022. This was partly muted by the slowdown during the early phase of the pandemic even as volumes rose 3% last year.

The volumes declined 2% in the second half of FY22 after growing a robust 9% in the first six months. This was due to supply chain bottlenecks, Covid-19 related lockdowns, Chinese lunar year holidays as also the war in Europe.

Large shipping lines such as Maersk have indicated a moderate volume growth in 2022, as the global economic growth slowed in the first three months of 2022 and uncertainly from the Ukraine conflict persists.

But low volume growth has not meant low rates. Global freight rates (container and bulk) remained at historically high levels, even though they corrected marginally in March.

Ind-Ra says it expects container freight rates to rise with the easing of lockdown in China. Rates will moderate in the next six months due to the easing of port congestion. Moreover, dry bulk vessels’ rates are expected to move north too, given that a large number of bulk carriers are stuck in the Black Sea due to the European conflict. At the same time, the tanker shipping rates are likely to move up even though they are currently below the pre-Covid level.

Meanwhile, road transport volumes in India continued to recover during March 2022. This was apparent from E-way bill generation, which was pegged at a monthly run-rate of 65-75 million as against the pre-Covid level of 50-55 million.

Monthly diesel consumption has been in sync with historical levels but the spike in fuel price, which has been only partly mitigated by the tax cut on diesel, is likely to impact the margins of standalone truck operators.

Railway volumes grew at a swift pace of 15% last year, with all-round growth across most commodities with the exception of fertilisers, which declined by nearly a tenth along with a similar trend in imports of fertilisers.

In terms of air freight, the volume in March 2022 surpassed the levels seen in both March 2019 and March 2020. Even though freight traffic last year was lower than the level seen in FY20 as a whole, the traffic is likely to remain firm in the current year.

In a nutshell, one would expect to see a short-term impact on global supply chain dependent on the sea cargo—both in terms of availability of ports and the turnaround time for sea freight as also the freight rates for international trade.