Will Gold make a comeback amidst the global uncertainty? 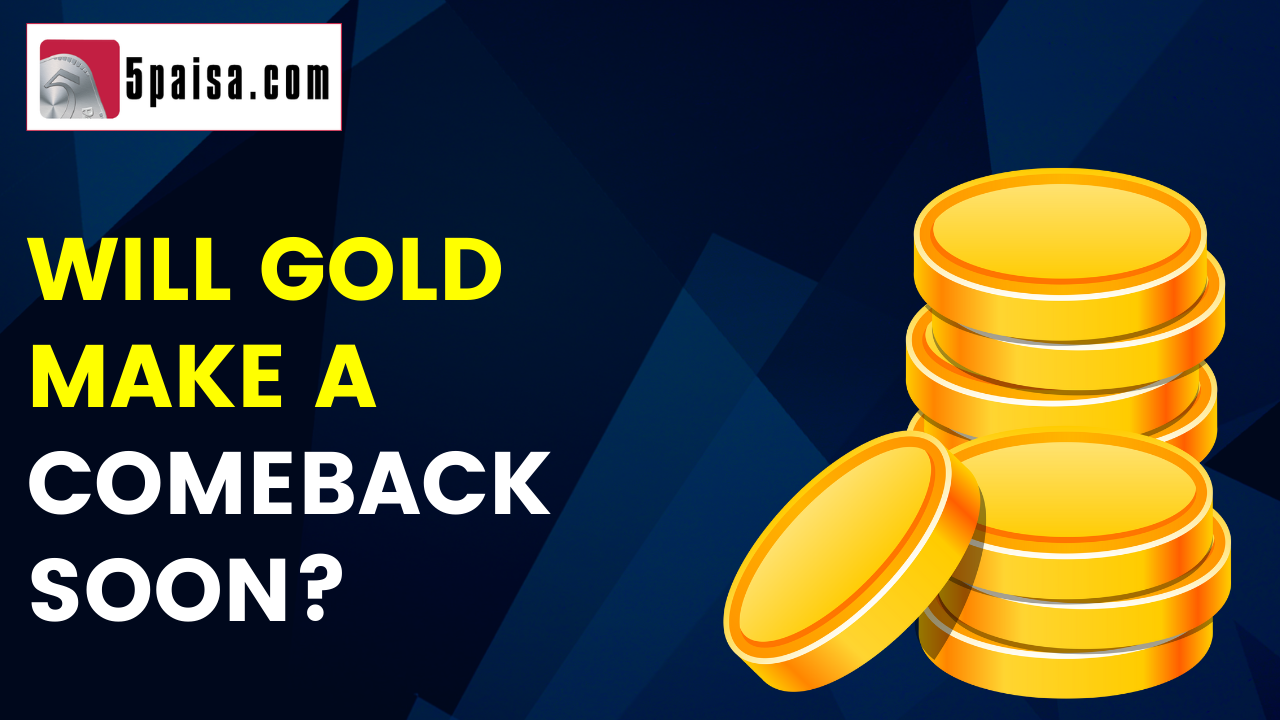 That is the million dollar question or rather a billion dollar question. Will Gold make a comeback as an asset class amidst the rising uncertainty in the global markets. Normally, when inflation risks are so high and the global macros are so volatile, gold should have become a preferred asset. But that has not happened and the price of gold has also not rallied. The simple reason is the strength in the dollar. Since gold, like most commodities, is denominated in dollars, a strong dollar automatically means that gold becomes less valuable in price terms. That is what has dampened the price of gold in the recent past.

However, things may be changing, albeit gradually, Interest in gold is starting to build up once again. With US treasury yields close to peak and interest rates getting closer to the peak levels, the investors are starting to once again seriously look at gold. It has often been said that gold does extremely well during times of macroeconomic and geopolitical uncertainty. We saw that during the seventies, then again during the global financial crisis, gold was a preferred asset class and rallied all the way to September 2011. This repeated again during the COVID crisis, when gold became an asset of choice for global investors.

Is that situation coming back all over again? It may be a tad early to predict since gold prices have been on a wild ride this year. From its 2022 peak of well above $2,000/oz, the price of gold has fallen steadily by over 20% and it is currently at around $1,700/oz. Gold is measured in troy ounce (oz), and one troy ounce (oz) is approximately equal to 31.1035 grams of gold. Till date, it has been a rather disappointing year for gold bulls, despite persistent inflation. However, it was perhaps the stronger-than-expected resolve of the US the Federal Reserve to fight inflation that may have spoiled the gold trade in 2022.

The Fed is talking about another 75 bps rate hike in November and possibly another 50 bps to 75 bps in December. That is what even the CME Fedwatch is indicating but many market experts quietly admit that it would be absolutely suicidal for the Fed to be so hawkish on rates. Most oracles have failed to identify the turnaround, but are not betting that the worst for the rates may be over and from here on these rates should stabilize if not come down. The obvious corollary is that gold should be a big beneficiary in that case. The surprising and rather brave bet now is that the FOMC may have maxed out.

If that is true and there is going to be an adamant inflation, that is structural in nature, then gold could be a logical beneficiary. There are some interesting signals that spot gold (XAU) may have hit a short term bottom. The last time gold was at the current levels was when the 2 year bond yields were below the current levels. That surely makes a case for bullishness on gold as an asset class. At least, it does signal an improvement in bullion sentiments. When the yields on bonds start to fall, the opportunity cost of gold reduces and that makes buying gold more attractive. That could make a big difference.

Of course, when you want to judge a trend or catch a trend, the best place to look for is what speculators are doing. Most speculators in gold have started to position themselves for this trade. As per the reports from CFTC, gold speculators added 17,145 long contracts while exiting 27,303 short contracts, which brought the net long position in gold to around 90,000 contracts. Incidentally, this is the highest net long position seen since early September 2022, but nevertheless it is a positive signal. In this business, it is the early bird that gets the work and that seems to indicate a turnaround for gold in the near future.