Nykaa is doomed ? Or is it just a temporary setback? 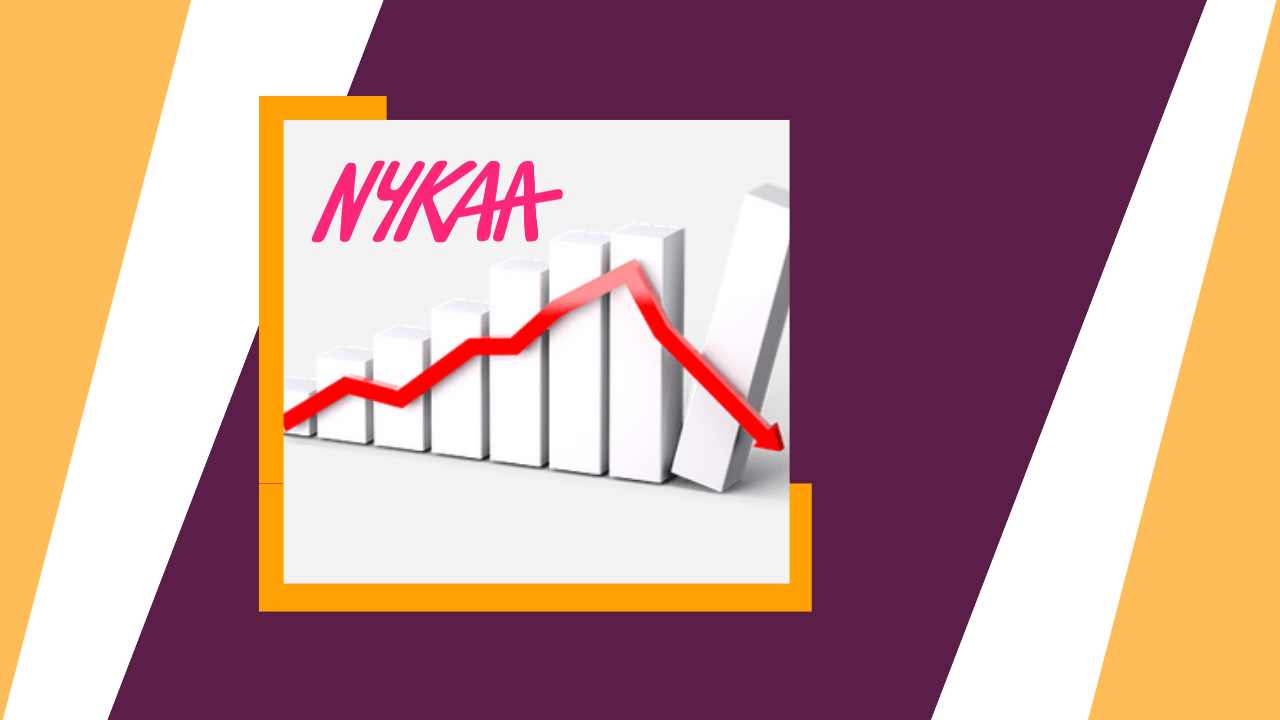 Amidst the pandemic, we witnessed a one-of-a-kind bull in the Indian stock markets. During that time, listed companies traded at insane valuations, and IPOs were raining. Whether it was giant conglomerates or cash-burning, loss-making startups, everyone was racing to raise funds at ballooned valuations.

Cut to 2022, economies globally are witnessing a slowdown. VC money is drying up. All in all, the dust has settled and start-ups are now losing their shine.

Investors are seeing no value in these loss-making, cash-burning start-ups. Most start-ups have witnessed a steep fall in their share prices in the last one year.

Something similar happened with Nykaa last week, its share price dropped below its IPO issue price and analysts were divided on their stance on Nykaa’s performance.

While some thought it was a temporary setback and Nykaa is poised to grow in the long run, others had contrasting views.

In  FY22, its revenue from operations increased by 55%, while its Gross merchandise value, the total value of merchandise sold in the year grew by 71% while its share price dropped by more than 45%.

Why are investors giving this cold treatment to Nykaa?
You see, It was investors' favorite start-up at the time of its listing. It was listed at a premium of more than 82%, and its market capitalization crossed one lakh crore!

Investors loved Nykaa for two reasons, first, it was profitable. A rare phenomenon in the start-up industry. Second, it was a market leader in the online beauty and personal care industry.

What has changed now?

For starters, Nykaa's profitability, which was one of its strengths, has plummeted quite steeply. In FY 22, its PAT declined 33% from INR 61 crores to INR 41 crores.

Its management hinted that its focus is more on long-term growth rather than short-term profitability.

Profitability wasn’t the only concern of investors. The rapidly increasing competition in the online beauty and fashion industry was also worrying them.

After’s Nykaa blockbuster success in the cosmetics segment, competitors like Myntra, Amazon, and Flipkart have upped their game.

Aside from Myntra and Amazon, Nykaa faces competition from startups such as Purplle, MyGlamm, etc that are purely into the BPC space.

In the fashion segment, Nykaa’s core strategy was to sell premium brands to high-end consumers. Its competitors like AJIO and Tata have entered the segment with AJIO luxe and Tata luxury.

Nykaa’s Ad income, which contributes around 13%-14% to its revenue could be severely impacted in the future if companies start spreading their advertisement expenses over different platforms.

Inventory model: A moat or not?

Nykaa’s moat that keeps it on top of the game is its inventory-led model. Typically, online businesses operate under two models- Platform model & Inventory model.

A platform model is where a company provides a platform to buyers and sellers and makes some money in between. For eg: Amazon in India, operates under platform models, where sellers list themselves and sell their products.

Under the inventory model, the company purchases in bulk quantities from manufacturers and then sells the products online.

Nykaa operates under inventory model in the BPC segment in India. Now, this model comes with its own pros and cons. But this model has been a game changer for Nykaa as cosmetics market was flooded with duplicate products, people would order Maybelline and receive Maeyblline!

This model by Nykaa ensured only authentic products were delivered to consumers.

Also, this model is quite capital-intensive when compared to the platform model, therefore Nykaa would have to put a lot of resources in place to achieve scale in the business compared to Amazon or Flipkart.

Platforms enjoy the benefit of operating leverage because they do not have to put in more money to increase their sales. Since there is little-to-no marginal production cost attached to growth, they can achieve scale much faster than inventory-led companies.

As per research by HDFC securities, Platform companies scale and grow their business much faster than companies with the inventory-led models.

By far, Nykaa has been able to achieve phenomenal growth in the BPC segment through inventory led model. Its total orders in FY22 grew 120%, while its revenue grew 55% YOY in FY22.

Its key strength are its in-house brands, its content driven approach, and inventory-led model. It is difficult for any other brand to achieve this scale and replicate Nykaa’s business. So, at a P/E of 1163, investors may not see value in its stock, but Nykaa is in here for the long haul.