The Pros and Cons of a Depreciating Rupee 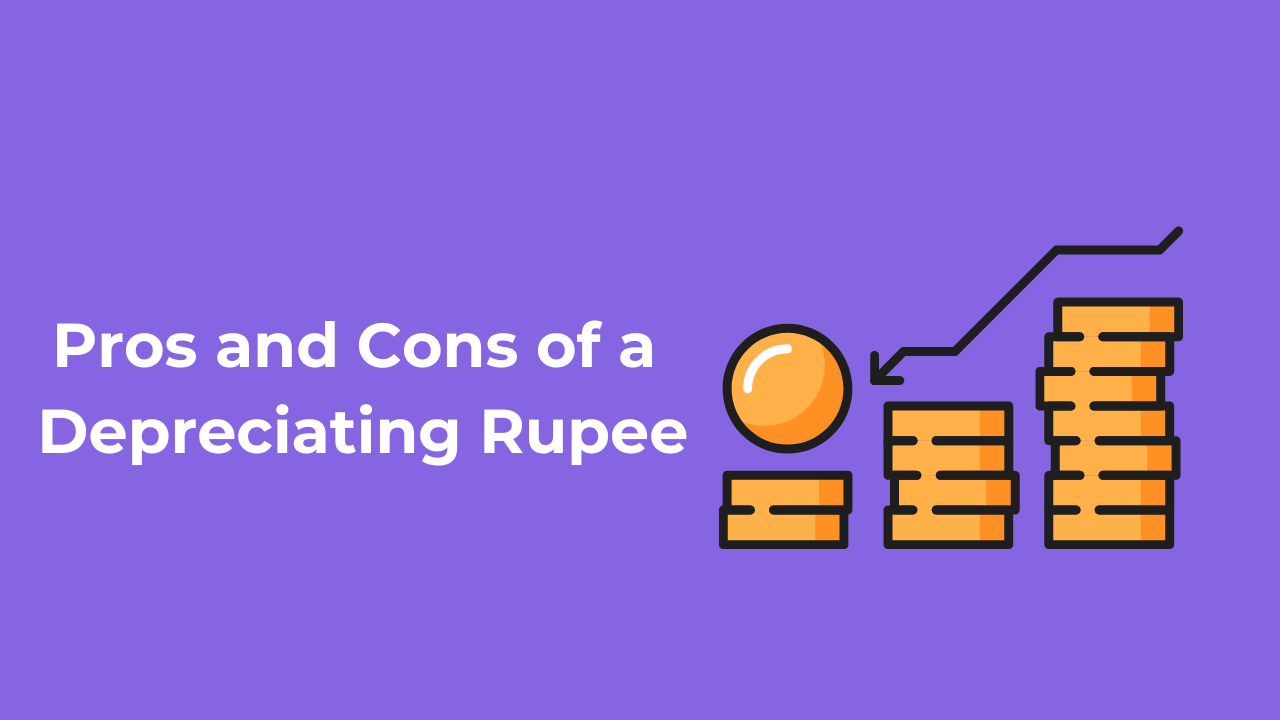 “Rupee hits a new low”, we often come across these headlines in the newspapers and think of them as statements that reflect the deteriorating health of an economy.

Our mind often conceives that if a thing is falling, it is a terrible phenomenon. Of course, until it's about falling in love, it is often conceived as a negative thing.

Just like there are pros and cons of falling in love, there are benefits of a depreciating rupee as well.

So, In this blog let’s discuss it.

But before moving into the pros and cons, let's understand how the change in the value of a rupee affects the economy.

What happens when the value of the rupee drops?

Let’s say you want to buy a Mac book, and you have to buy it from Apple, which operates in the USA and sells it for $2000, currently Rs. 75 = $1, after a few days, the value of rupee depreciates and is  Rs. 80 for one dollar, so now you would have to shell out more rupees to buy the same MacBook.

And in a similar fashion, if the rupee appreciates, the person would have to pay fewer rupees to buy the MacBook.

So, this is how the rupee value affects us. Now the question is,

What are the pros of rupee depreciation?

1. Sectors like IT, Metal, and Pharma that export most of their products and services would gain from a depreciating rupee as they would now get more rupees in for their dollars.

All these sectors would benefit from the depreciating rupee considering their dependence on imports is negligible.

3. Another major cited advantage of a depreciating rupee is that it improves the trade balance. It is basically the value of exports-imports, now in India, imports have been always higher than our exports and that’s the trade deficit. So, whenever the rupee depreciates, things abroad become expensive and people reduce their spending hence the trade balance improves. This is a textbook explanation, but in the real world things are quite different and we have observed that the rupee depreciation has not really helped in improving the current account balance. 1. Inflation: In India, one item that we import the most is Crude oil, and whatever is the value of the rupee, we have to import it because it is essential for the operation of an economy, now when the value of the rupee depreciates, the price of crude oil it increases because of the exchange rate changes, due to that the fuel prices would go up and the prices of commodities that are transported would go up. And when the prices of essential commodities go up, we have what we call inflation. This is what we call import-induced inflation, and this can cause the current account deficit to increase and weaken the rupee further.

So, these are some pros and cons of a depreciating rupee. While some countries like China have purposely depreciated their currency to gain the trade benefit, there are other nations where a weakening currency creates havoc. The multi-million dollar question is whether a weakening currency is an indication of something good or bad? It definitely is not a good sign for economies, a weak currency is often accompanied by a current account deficit and reflects a weakening economy.