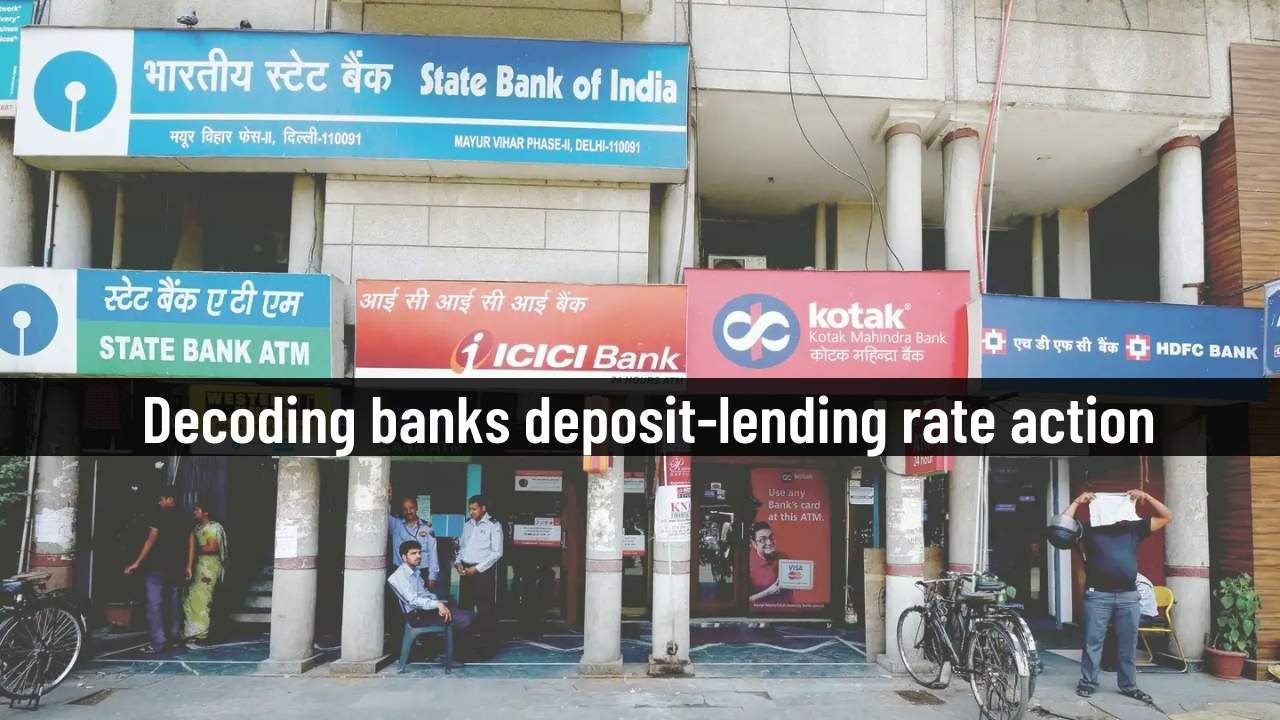 In the recent monetary policy by RBI, the RBI hiked the repo rate by 90bps to 4.9% and the withdrawal of the accommodative stance has raised questions with respect to banks’ NIMs and earnings trajectory in immediate, near, and medium terms.

How are banks immediately reacting to repo rate hikes?

Leading banks have raised MCLR by 25-65bps since Jan’22. HDFC Bank and Kotak have taken the lead with a 65bps hike (to 7.85%) followed by SBI and Axis by 40bps (to 7.4% and 7.75%, respectively), IDFC First Bank by 25bps each, and RBL by 45bps. EBLR (external benchmark lending rate) particularly repo linked for home loans has witnessed a similar rise as repo rate with leading banks’ home loan rates now being revised to 7.5-7.6% (compared to 6.6-6.7%) prior to the rate hike cycle.

The median savings deposit rate declined during the rate cut cycle by 60bps from 3.5% in Jan’19 to 2.9% in Mar’22. Hence, it will be raised as well with a lag in the rising interest rate scenario. Kotak has taken a lead by increasing the savings rate by 50bps to 4% for >Rs.5 million deposit balance. Also, Federal Bank has raised the savings rate for the balance above Rs.50 million to 4%. IDFC FIRST Bank has been an early mover, raising the savings rate in May itself by 100bps to 6% for a savings balance of Rs.1-5 million and for Rs.10-50 million.

G-sec yields surged 75bps since Mar’22 to 7.6% and corporate bond yields by >80bps. AAA corporate bond spreads over G-sec have remained stable at ~40bps with BBB- corporate spreads around 4.5%.

What does a deposit rate hike mean for the cost of deposit trajectory evaluating banks’ deposit profile?

- The proportion of current account deposits (not impacted by rate hike) is amongst the highest for Kotak at >20%, followed by 18% for IDFC First Bank, 15% for HDFC Bank, Axis, and RBL, and 6% for SBI.

- Savings deposits constitute 40% for Kotak and 30-32% for IDFCF Bank and Federal Bank and will be impacted by the rate hike affected them. Other banks have not yet tweaked their savings deposit rate.

How is a bank credit portfolio positioned for effective rate transmission?

- SBI and IndusInd have a relatively higher proportion of loans linked to MCLR at 41% and 47%, respectively.

Banks have also raised deposit rates across maturity buckets with peak retail Term Deposits rates being at 5.75-5.9%. With further repo rate hikes in the offing, rates will be further revised upwards in the coming months