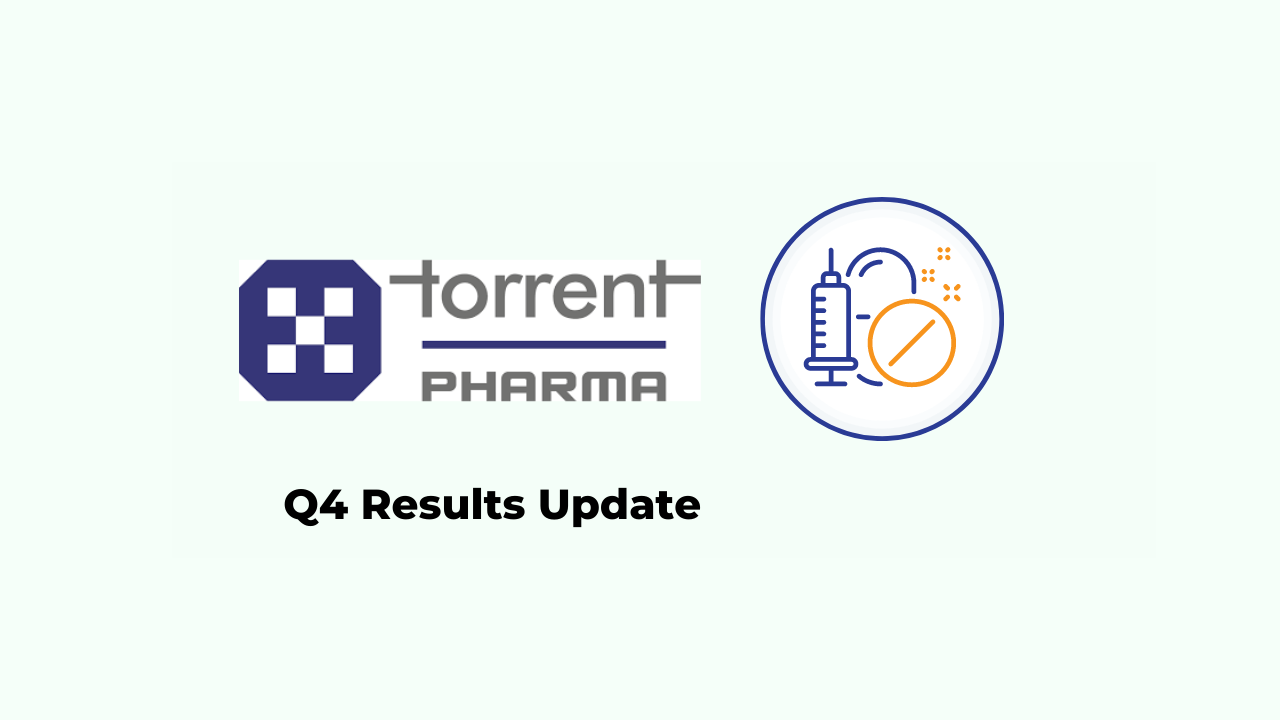 On 25th May 2022, Torrent Pharma announced its quarterly results for the last quarter of FY2022.

- The company's revenue from operations rose 10.01% to Rs.2131 crores in the quarter under review from Rs.1937 crores in the same quarter last fiscal.

- Strong growth and market outperformance were complemented by the performance of top brands and new launches.

- Revenue grew sequentially by 20% aided by the launch of Dapsone during the quarter.

- Basis an assessment of the financial viability of its liquid business in the US taking into account incremental investments required for bringing the pipeline products into the market and increased competition intensity, the Company has considered it to be prudent to discontinue the liquid facility operations.

- The operational cost of this facility was Rs.135 crores per annum.

- As of March 31, 2022, 57 ANDAs were pending approval with USFDA and 5 tentative approvals were received. During the quarter, 6 ANDAs were filed & 1 ANDA was approved.

- Growth was adversely impacted by the loss of products in a recent tender.

Commenting on the Q4 results, Samir Mehta, Chairman, said: “We are pleased with the robust operational performance delivered during the quarter. The branded businesses contributed to 70% of total revenues in Q4 and grew by 15% with India and Brazil continuing on a strong footing. The US business registered sequential growth aided mainly by launch of a new product. While our EU business faced some headwinds, we remain optimistic that the cost efficiency measures being taken will bring us back to growth in this market in the coming quarters.

We have taken a difficult decision of discontinuing our liquids business in the US. We believe the incremental investments required will exceed the potential economic benefits in this segment due to changing market conditions, as economics and competitive intensity have turned unfavorable compared to the time of conceptualization.”