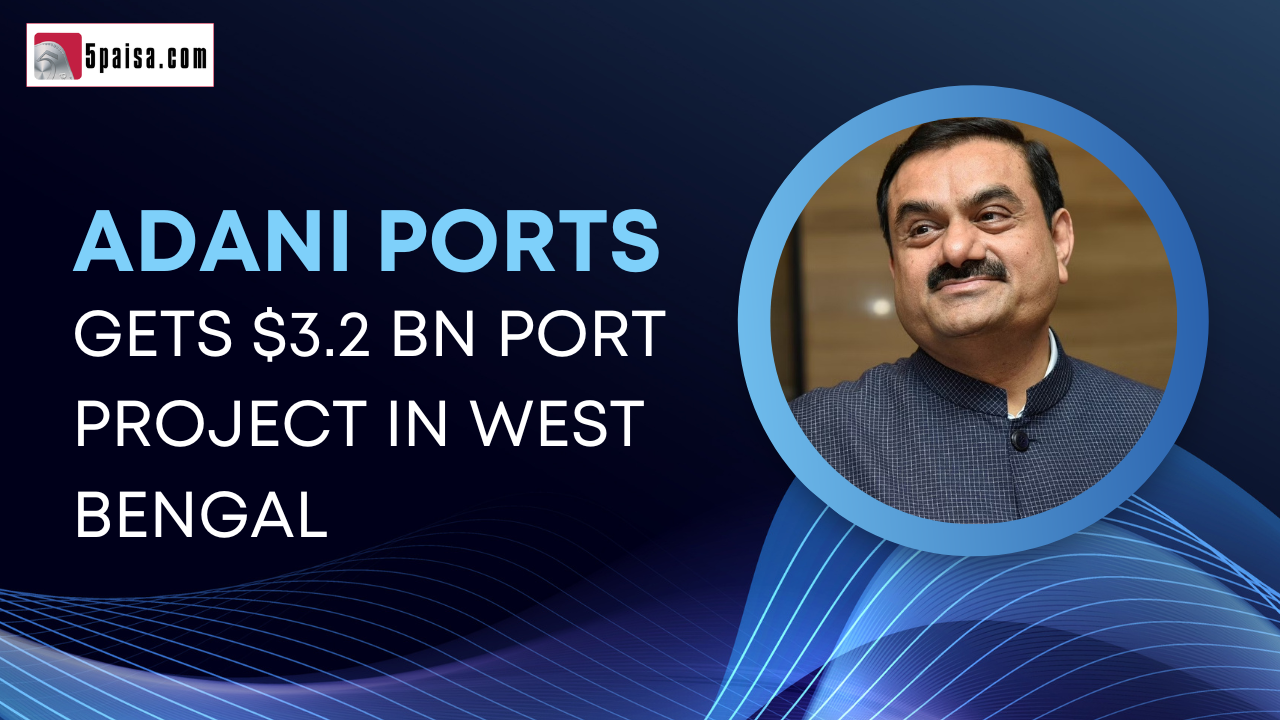 It is official now. The most prestigious and largest port development project in the Mamata Banerjee ruled West Bengal, has gone to the Adani group. The West Bengal government has officially approved the proposal and issued a letter of intent to Adani Ports and Special Economic Zone (APSEZ) for development of a greenfield deep sea port at Tajpur. The total investment entailed in the project is in the vicinity of Rs25,000 crore, making it one of the biggest projects to be executed by Adani Ports till date and also the biggest for West Bengal.

The bids were invited on a competitive basis and the West Bengal Maritime Board is issuing the Letter of Intent to Adani Ports and Special Economic Zone (APSEZ), which emerged as the highest bidder for the Tajpur port project. The tenders went through a very detailed and elaborate process of technical and financial evaluation and only subsequent to that the deal was offered to Adani. With this deal, Adani Ports and Special Economic Zone (APSEZ) prises a very important former left bastion. That is called capitalism at its very best.

What would, perhaps, impress the people of Bengal is the huge employment opportunity that this project has. It is likely to create direct employment and job opportunities for close to 25,000 people. In addition, another 100,000 ancillary jobs will also be created as smaller units chip in to help Adani Ports and Special Economic Zone (APSEZ) create the necessary ecosystem for the port project. For a state that has scores of people going out of Bengal in search of a living, this should come as a huge boost, especially given the job opportunities.

Out of the total investment outlay of Rs25,000 crore, it is estimated that nearly 60% of around Rs 15,000 crore would be earmarked for the actual port project. The balance Rs10,000 crore would be allocated to creating and nurturing port-related infrastructure development and government investment. Being a deep sea port, this is likely to usher in a new era of development in West Bengal. More importantly, West Bengal had been losing out its place on the maritime map of India, and this should correct that anomaly.

On the one hand, this port is likely to provide quick access to international markets for Bengal-based industries. However, that is only one side of the story. It becomes an important port of call for Indian companies to access most of the East Asian and Far East markets. Like Ennore, Paradip and Visakhapatnam; it is expected that eventually Tajpur could also emerge as a very important and critical port for India. The eastern states and the northeast region of the country are likely to benefit the most from this facility.

The state of West Bengal obviously has much bigger plans on hand. It will connect the port to a network of highways and inland waterways so that it becomes a smooth logistical process flows. In addition, the Tajpur deep sea will also be linked to the industrial and economic corridor stretching from Dunkuni to Raghunathpur, which his being currently developed by the state. Adani Ports had a close bidding battle with the JSW (Sajjan Jindal) group, but Adani Ports and Special Economic Zone (APSEZ) emerged the winner.

It may be recollected that Gautam Adani had met Mamata Banerjee for detailed discussions on this subject in December 2021. Adani has also promised the state of West Bengal that he would not restrict his investments only to the port and also support a lot of other industries. For instance, Adanis want to invest in data centres, undersea cables, centres of excellence in digital innovation, fulfilment facilities, warehouses and logistics parks to make their investment plan for West Bengal in all respects. Clearly, it is Adani Ports and Special Economic Zone (APSEZ) that is leading that charge.