How Microsoft saved Apple from bankruptcy 25 years ago? 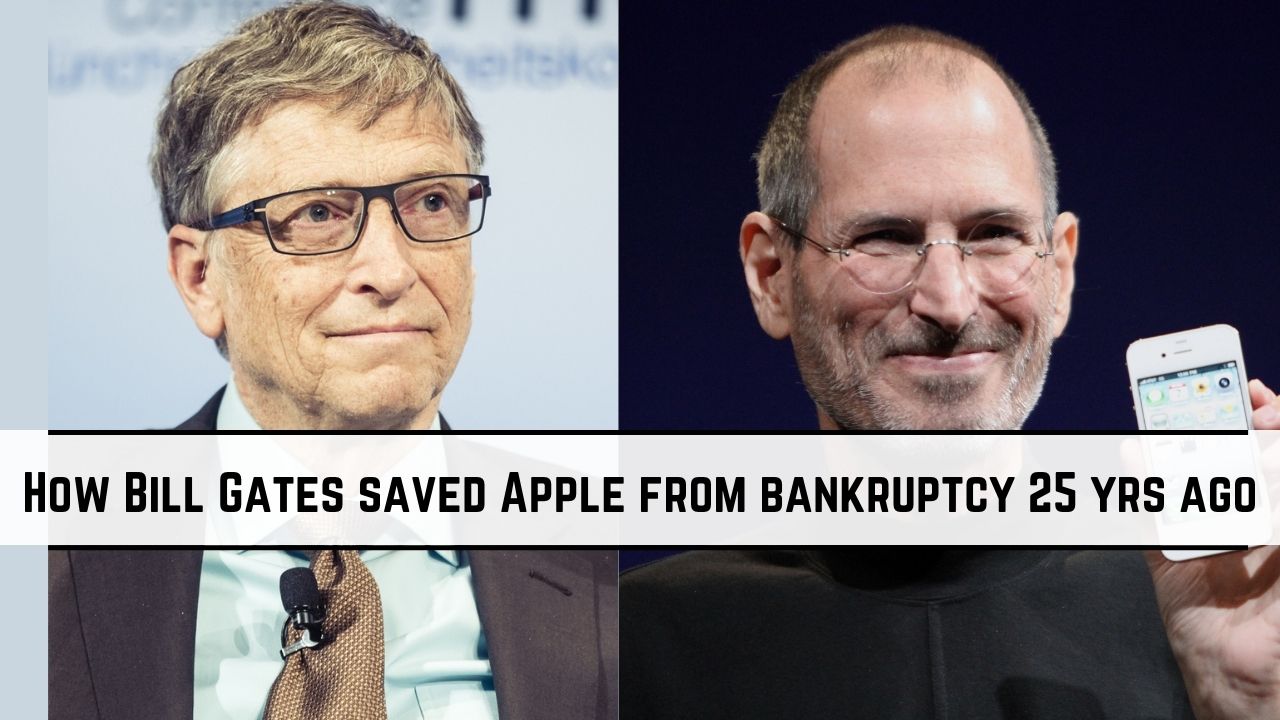 Today, most people know of Microsoft and Apple as competitors and also as two of the most valuable companies in the world. Between them, Microsoft and Apple command a combined market capitalization of almost $5 trillion. Incidentally, that is about 60% more than the market cap of the entire Bombay Stock Exchange. But that is hardly the focus here. Just about 25 years ago, Apple was on the verge of bankruptcy and this was long before iPads and iPhones. Interestingly, it was Microsoft that rescued Apple back then.

Why are we raising this topic today? August first week marks the 25th anniversary of one of the most visionary bail outs in world business history. Both Gates and Jobs were of the same age and both had a different view of computing. However, Apple made some disastrous decisions, including firing Jobs at one point of time, to end up almost on the verge of bankruptcy. It was in early August 1997 that Microsoft rescued Apple from the brink with a life line of $150 million. Remember, that was a princely investment in those days.

The deal was all the more remarkable because Gates and Jobs did not see eye to eye on most issues. Gates was keen to draw every computer into the MSOffice ecosystem while Apple was always keen on a unique Apple ecosystem. Jobs believed that Microsoft was not contributing anything to innovation in technology and was just a money spinning machine. Gates more often than not, considered Steve Jobs ideas to be wonderful on paper but extremely rigorous and impractical in the real world. There was a lot more.

The deal was not well received by the employees of Apple who had literally grown up with the Apple DNA and with aversion to the Microsoft DNA. However, the canny Steve Jobs explained the situation best. “We have to let go of a few notions here. We have to let go of the notion that for Apple to win, Microsoft needs to lose.” That perhaps represented the most well crafted response by an iconic CEO like Jobs who needed the Gates deal at any cost. For Jobs, it was do or die and this money gave them the ability to start all over again.

However, it was a deal that both needed and they needed badly. Remember, back in 1997, Apple was nowhere close to what it is today. Today it generates hundreds of billions in cash and pays out hefty dividends. In 1997 it was a struggling computer company caught in the crossroads. Before Apple would go on to revolutionise music and communications, it was Microsoft that was the giant with a sweeping share of the desktop computer market. Apple had seen its clock ticking and had little by way of time or resources to hang on.

Now for the other side of the story. Even Microsoft needed the deal badly. Here is why. Back then, Microsoft was in the midst of an image-tarnishing antitrust fight over its domineering and heavy-handed promotion of Internet Explorer as it looked to browbeat Netscape. As the US government almost came close to ordering the break-up of Microsoft (like the Baby Bells), the Jobs deal made Microsoft look like a benevolent competitor. By helping out a struggling competitor financially, Microsoft managed to kill the anti-trust debate totally.

There were a lot of changes that happened post the cash infusion by Gates. Microsoft gave an assurance that it would support Office for Mac for 5 years. Apart from issuing non-voting shares to Gates, Apple also agreed to drop a long-running lawsuit alleging that Microsoft had copied the look and feel of the Mac OS for Windows. But above all, the investment by Gates allowed Steve Jobs to return to Apple and leave a stamp. The disastrous Sculley era at Apple had come to an end and the Jobs era had begun.

To be fair, it must be said that both Gates and Jobs have made a profound difference to the world of technology and computing as we understand it today. They may have had their rivalries but at the right moment in business history, Jobs sought the help of Gates and Gates saw a lot of business sense in it. As they say, the rest is history.