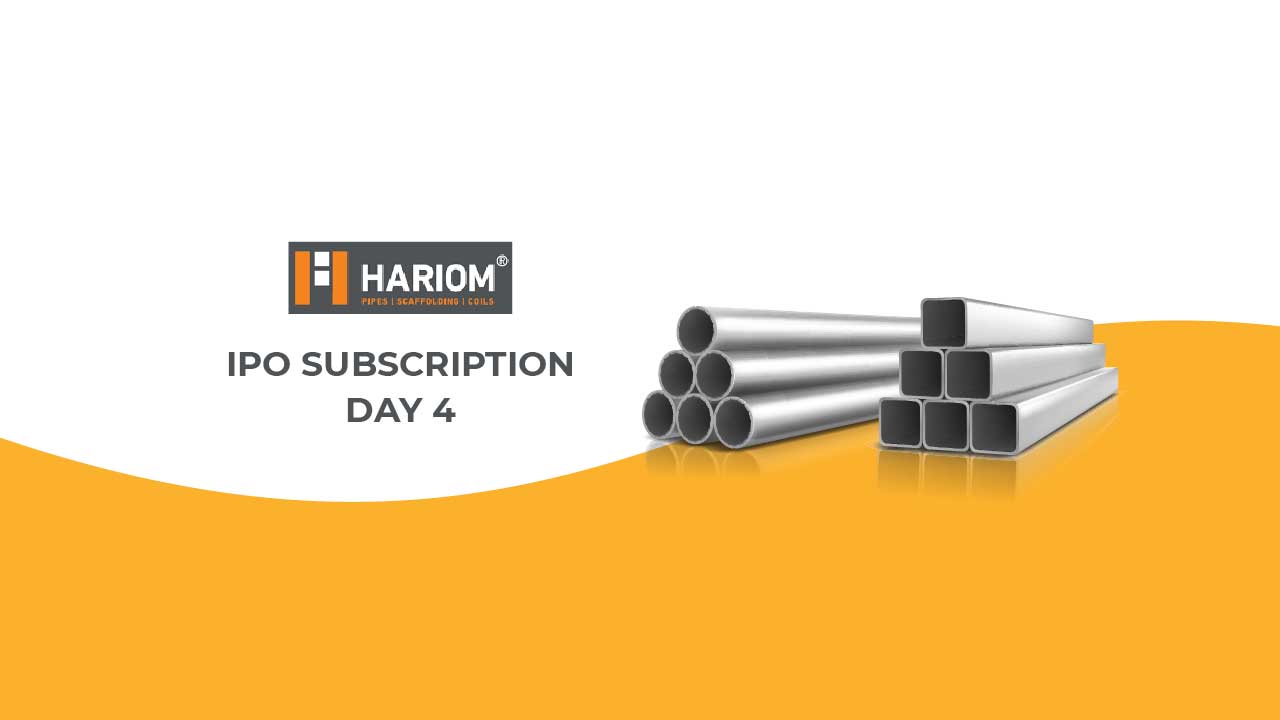 The Rs.130.05 crore IPO of Hariom Pipe Industries, consisting entirely of a fresh issue of shares worth of Rs.130.05 crore, saw tepid response on Day-1 and a pick-up in demand on Day-2 and Day-3. However, in between there were a slew of holidays due to the new fiscal year and 05-April was the last day of the IPO.

As per the combined bid details put out by the BSE at the end of Day-4, Hariom Pipe Industries IPO was subscribed 7.93 times overall, with good demand traction seen in the retail segment followed by the HNI / NII segment and the QIB segment in that order. The initial public offer (IPO) has closed for subscription on Tuesday, 05th April 2022. The IPO was open for 4 days.

As of close of 05th March 2022, out of the 85 lakh shares on offer in the IPO, Hariom Pipe Industries saw bids for 674.05 lakh shares. This implies an overall subscription of 7.93 times of the issue size.

The granular break-up of subscriptions was dominated by retail investors with relatively better contributions from HNI / NII investors but tepid contribution from QIB investors. Most of the HNI/NII and QIB  bids came in only on the last day of bidding. The issue of Hariom Pipe Industries has closed on 05th April.

However, QIB bids typically got bunched on the last day, although the overall response even at the close of the issue remained fairly tepid. It must also be remembered that the QIB allocation is 30% in the IPO while it is 35% for HNI / NIIs and 35% for retail investors.

The HNI portion got subscribed 8.87 times (getting applications for 263.79 lakh shares against the quota of 29.75 lakh shares). This is a relatively better response at the close of Day-4 from the NII/HNI segment with most of the response coming from HNI individuals.

However, this segment normally sees the maximum response bunched on the last day, which is what we got to see this time around. Like in previous occasions, the bulk of the funded applications and corporate applications, came in on the last day of the IPO only. The issue has closed as of the close of Tuesday 05th April.

The retail portion was subscribed a relatively strong 12.15 times at the close of Day-4. For this issue, the retail quota stands at 35% of the issue size. Retail interest is normally seen in the first 2 days, so the eventual interest did see substantial build-up to attractive levels.