The gap down opening in TCS and other IT stocks led to a negative opening for Nifty. However, except IT the other sectoral indices and the broader markets traded with a positive bias throughout the day and hence, the Nifty too recovered the morning losses and ended on a flat note above 16200.

The IT heavyweight TCS declared its quarterly results which were below street estimates and hence the IT stocks witnessed a sharp correction at the open. But apart from IT, other sectors actually did well to keep the momentum intact and hence, the Nifty recovered all its losses. Nifty took support around its hourly 20-EMA which is around 16100 and that would be crucial support to watch. Incase the index breaks below 16100, then a pullback move towards 16000-15950 could be seen in the next few sessions before the index resumes the positive momentum. Meanwhile, the Bank Nifty index has continued its outperformance and has completed its 50 percent retracement of the previous correction from 38765 to recent swing low of 32300. 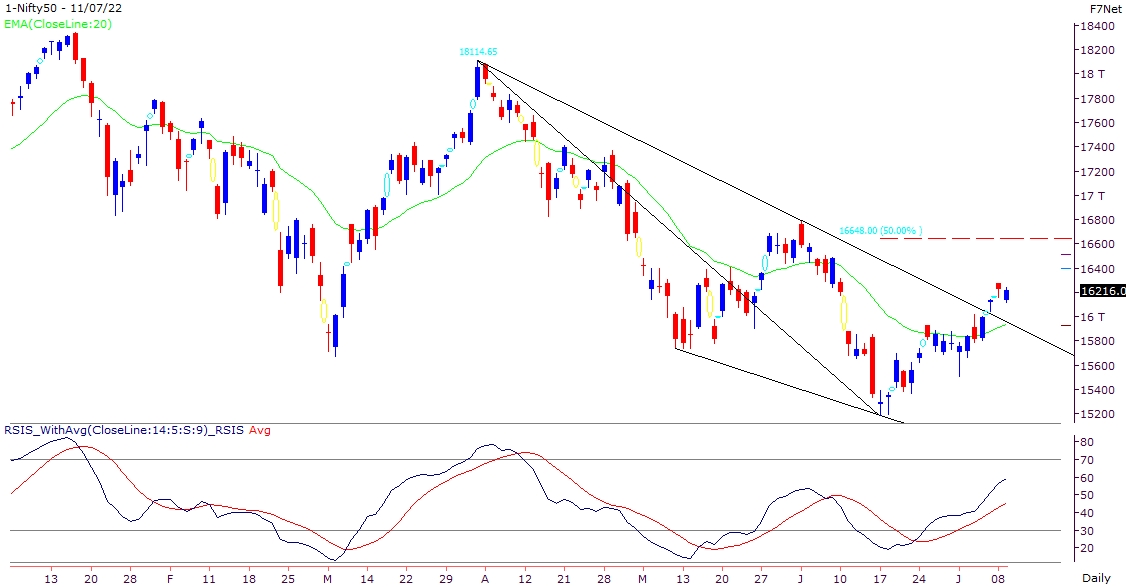 The retracement resistance is around 35538 while the previous swing high resistance is around 36000. From a near term perspective, one should trade with a stock specific approach and be quick to book profits as well. Any declines in Nifty towards 16000-15950 would then provide a good risk reward ratio for the short term. The immediate resistance in Nifty is seen around 16300 followed by 16400.