Should you buy Tata Motors? Take a test drive of its business before you invest! 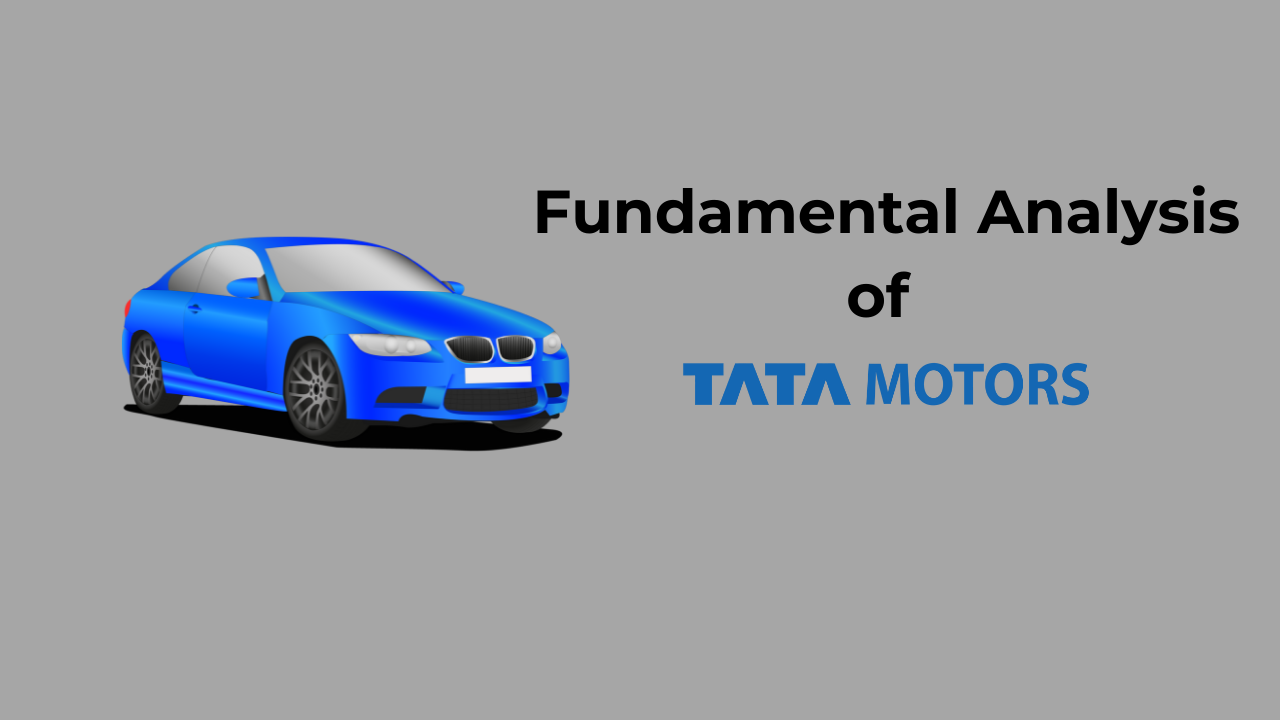 My brother’s 18th birthday was near and he demanded an Iphone 13 as his birthday gift. Since his current phone was old and rusty, I hesitatingly agreed to it. I opened amazon to place the order, since I am not an Apple fan I didn’t know their phones did not come with the charger and earphones.

They charge you over a lakh rupees just to give you a phone without a charger? But since I did not have an option, I went ahead and placed the order for the phone and charger.

A week later, my brother again came up to me and said he wanted Airpods, which cost somewhere around 20,000 bucks. While I requested him to use earphones of another brand that would not eat up the bank balance, he was adamant on buying Apple airpods, since he believed Apple phones work best with Apple airpods.

A month later or so, he wanted a Watch, and the same story repeated, Apple's phones work best with Apple watches.

I know a lot of you would have friends who are die hard Apple fans, and this strategy of connecting products has made Apple a billion dollar company, and in a way Tata motors is doing the same in India. Creating synergies between different products, and creating an ecosystem where it would be difficult for other companies to compete.

So if Tata Motors is going to be the Apple of India, it's prudent we dive deeper into its business.

Tata Motors is a leading global automobile manufacturing company with a diverse portfolio of cars, sports utility vehicles, trucks, buses and defence vehicles. It operates in various countries like India, the UK, South Korea, South Africa, China, Brazil, Austria, and Slovakia with a well built network of subsidiaries, associate companies, and JV, like JLR in the UK and Tata Daewoo in South Korea.

The company is one of India’s largest Original Equipment Manufacturers (OEMs) offering a range of e-mobility solutions.

As of FY 22, Tata Motors is India’s third-largest carmaker and boasts a ~11.4% market share in India’s domestic passenger vehicles segment.

Also, In the commercial vehicle segment it is the leader with almost 44.23% market share in India.

If we talk about the revenue mix, 78% of its revenue comes through Jaguar Land rover, 13% through Commercial vehicles, 6.8% through passenger vehicles and 1.8% through its finance business. Let’s start with the jewel of the Tata’s crown Jaguar  Land rover, that contributes the majority of its revenues. It was a historic deal when Tata bought JLR for 10,000 crores and at that time the company was losses, but Tata’s turned around the business and as we can see, in the last ten years the sales have been growing. In the last few years due to the pandemic and semiconductor chip shortages, it has witnessed a decline. Passenger vehicle segment: Tata’s passenger vehicle business was a laggard till a few years back, but the management has left no stone unturned to revive its PV business, be it Tata’s Nexon, Harrier or Tiago, all of its cars are selling like hot cakes in the domestic market. It seems like they have struck a chord with the Indian Audience. Also, Tata seems to have taken the EV revolution quite seriously, be it building the charging structure, manufacturing batteries or providing Battery management software, Tata’s are ruling it all.

Commercial Vehicle segment: Tata has more than 40% market share in the commercial vehicle segment of India, this segment is witnessing a strong growth due to high spending on the infrastructure by the government.

1. EV ecosystem: Tata has created  synergy with Tata chemicals, Tata Power & ELXSI to win the EV race in India. Tata chemicals is building energy storage systems. Further, they are working on manufacturing lithium-ion cells. Tata Power is the leader in the charging infrastructure industry with more than 50% market share. They have signed MOUs with IoCL, HPCL, IGL and Govt of Maharashtra for developing EV charging infrastructure.

Next is Tata Elxsi, it is developing a cloud-based IoT platform that would provide every automaker with a common stack which will help TATA motors with EV, PV and CV. 2. Early mover advantage in the EV segment in India

TML being one of the front runners in the EV space in India would definitely benefit from the growth of EVs. Its Tata Nexon EV has created a niche for itself, and has changed the perception of Indians towards EVs. It had a market share of 65% of total sales in FY 21. The EV segment of the company holds 71.4% of the total market share and has witnessed a volume growth of 218% as compared to last year. It has also set up 100+ charging points and has launched its EV in 50+ cities across the country. The company already has 4 vehicles in the market, Tigor EV, Nano EV, Tiago EV, Nexon EV. In the bus segment, they deliver electric buses to the state & union Govt. They aim to reach an estimate of 4 Lacs Electric buses in the long run.

With a share of 58.1% in the M&HCV segment it is an undisputed king in the industry. It sells various medium & heavy commercial vehicles, including trucks, tractors, buses, tippers, & multi-axled vehicles. It is also a market leader with 45.9% market share in the LCV segment. Though the sales of both these segments witnessed a slowdown due to reduced construction and mining activities owing to COVID lockdown. But the sales have revived recently and is bound to grow due to increased spending by the government on infrastructure.

It is planning to make Jaguar an all-electric brand by 2025 & within next 5 years, Land Rover will welcome 6 pure electric variants. JLR aims to be debt-free by 2025. JLR aims to have full-BEV powertrains accounting for around 60% of the total JLR sales by 2030 and 100% of volumes by 2030.

5. New models that would struck a chord would Gen-z:

Tata Motors has expanded the passenger car range and its new variants are rocking the Indian roads. This segment contributes more than ~6.8% to the company’s consolidated value and has firmly re-established itself in recent years. With the current range, Tata Motors addresses 63 per cent of the automobile market in India.

It is anticipated that with the launch of Hornbill, a subcompact SUV that will be positioned below the Nexon, the firm will be able to cover a wide spectrum of the market.

Tata motors has huge debt that has been consistently increasing from the past few years. As of FY21,it has a debt of Rs 1,35,904.51 Cr & which is expected to increase since they have a CAPEX plan of Rs 3000-3500 Cr in FY22. Due to this, the profits of the company would decline.

The Indian Automobile sector is highly competitive due to which Tata Motors does not have significant pricing power in the passenger vehicle segment. In commercial vehicles, the pricing power is substantially lower with buyers. The CV industry consists of buyers who are purchased in significant quantities and the government and it generally dictates its terms to their suppliers.

The rising inflation commodity prices have increased due to which, the margins of the company would take a toll. The increase in the price of steel and aluminum, the margins too have taken a toll.

The shortage of semiconductor chips is a major problem for automobile manufacturers and it has adversely impacted the JLR segment, which contributes a major chunk of revenue for the company.

Due to the semiconductor supply constraints and the impact of COVID 19, the wholesale sales of JLR was ~30,000 units lower than the anticipated value.

While the present supply constraints continue, the company will continue to prioritize the production of JLR for available chip supply as well as make chip and product specification changes wherever possible to reduce the impact.