LTP Strategy in the Market

LTP in the market is the last traded price. Nonetheless, it's the price at which the stock was last sold when the market was closed for trading on a particular day.

What is LTP Strategy in the Market

The LTP of a share is displayed on the right of its name on the stock exchange website and on the ticker symbol on the scrolling list of all scripts of that exchange. 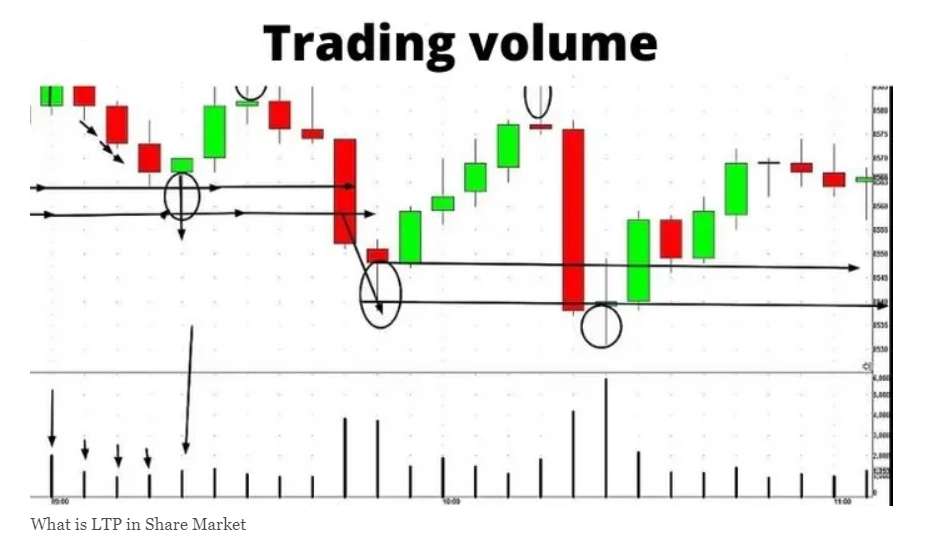 LTP is a lumpsum transaction done on the stock market. In this, a buyer and seller enter into a contract wherein the seller has to sell a fixed number of shares at a fixed price on a specified date. The transaction value is set as per the number of shares.

LTP provides an alternative for those who want to make quick gains in the share market without continuous trading.

It is the last price at which shares were traded during that trading session for that day and usually ends with .00, .01, .02, etc.

It does not include any bonus issue, or dividend declared during that particular day, as it only displays the last traded price for that specific day. It is like closing price or end of day price for an individual stock which you get to know after the markets close.

A stock can be thought of as an option to buy the company. The choice may not be worth very much, especially if it's a small company or a risky one. But over the long run, it will tend to get more valuable.

The reason is that companies don't live forever; eventually, they go out of business, and their assets (cash, factories, patents) get bought up by some other company. If you own the stock, you are in line to receive some of that money when the company is bought or goes public.

This is more likely to happen if it is a more prominent company. For example, if you own shares in Microsoft, someone will likely come along and give you money for them someday -- even if you never sell them. A share of Microsoft doesn't give you any right to buy or sell anything; what you own is a share of ownership in the company itself. 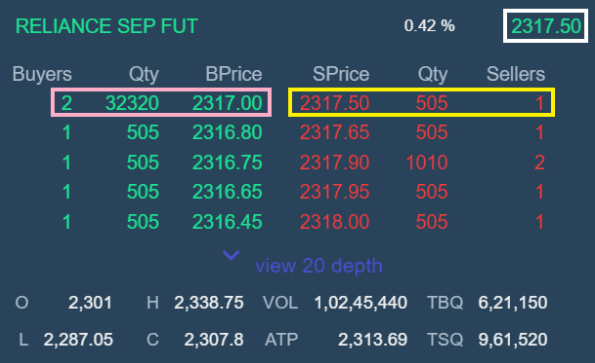 The last traded price represents the price at which someone was willing to bet that the company would be worth something in the future.

Unless you're a financial professional, you probably don't know this, but the last traded price is not the price at which the stock is sold. It's just an approximate indication of where the market stands on any given day.

The actual sale is almost always at a different price.

The difference can be slight (for example, if you buy 1,000 shares of Microsoft, the sale will be for $26 per share), or it can be significant (if you buy 100 shares of some penny stock).

The reason for this is simple economics. When you buy 100 shares of Microsoft, no one wants to sell their whole position at the same price as the market price -- if they were willing to do that, they could go into an exchange themselves and sell it there without paying commissions.

The sellers are also not indifferent about who they sell to. They prefer to sell to someone who knows what they're doing and doesn't want to mess with them for a lower price than they think it's worth. And so they wait until someone appears who's willing to pay more than the last traded price before they sell.

What is the Effect of LTP on Stock Prices?

The standard theory about how markets work is that they are efficient - that is that they quickly and accurately incorporate all available information into the price at which the stock trades. But if this were true, why should there be any relationship between the last business and the average trade?

We could understand this if we assumed that investors don't or can't analyze all available information or believed they don't know how to weigh different kinds of data properly. Then we could say that what investors get from their experience with other stocks and their familiarity with the companies involved here would be reflected in what they already knew about what other investors were thinking.

They wouldn't need anything new from the company because they would already have it from their experience with similar situations. An individual investor can't usually buy or sell millions of shares of a company's stock at once but instead must trade it in small pieces.

The process by which one individual sells his share and another buys it is called market-making and is necessary for an orderly functioning market.

Why is the Last Traded Price Not Equal to the Intrinsic Value?

The last traded price is not equal to the intrinsic value because there are no guarantees that any asset will be bought or sold at any particular time; this fact makes it impossible to know precisely what an investment such as a share should be worth since it could be bought later for a higher price (a more excellent intrinsic value).

However, markets tend to have a generally upward trend over time, so last traded prices tend to go up eventually.

The last traded price in the stock market is paramount for investors to know. This can be used as an information source to determine the trend of the market.

It is necessary for the investors to know the current rate of the stocks, whether it's going up or down. This should be the first thing that they need to know about their stocks. Many factors affect the rates of stock prices. An investor should appropriately consider these factors before buying or selling them.

The last traded price in the stock market may vary from time to time according to the market conditions. Investors should also keep track of these fluctuations so that they can make the best use of them.

They should never forget that they should not take any hasty decision about their stocks based on this price change alone because it may be caused by other factors too which may have no connection with the company's performance.

The current price of a stock is what you will get if you sell now. This sounds like it should be easy to find out; look at the last trade, and see how much it was. But how do you know what the last trade was?

What if it was a prearranged sale, or a stock split, or an error? If you have been watching closely enough to know all this, why are you selling now?

The last traded price in a stock market is a story that gets told after the fact.

The last traded price, also known as the closing price, is a number that represents how much security was trading for at the end of a specific period. This includes stocks, options and other tradable securities. The closing price is calculated in real-time. It is not an average of previous trades in a day or a week. Instead, it reflects the last trade in a particular security.

What is Secondary Market?
What is Disinvestment?
How to Get Rich: 7 Tips to Ease your Journey
6 Tips to Increase your CIBIL Score and Become Loan-worthy
7 Top Credit Rating Agencies in India
Throwback: Reviewing Stock Markets Crashed In India
The Top-5 Trading Books For Making You a Successful Investor
Here is Everything you Need to Know About Taper Tantrum
Tax Basics: Section 24 Of The Income Tax Act
9 Read-worthy Share Market Books for Novice Investors
Find out Which is the Most Expensive Share in India
Here are 6 Most Expensive Shares in the World
Understand the Intricacies of Book Value Per Share
The Fundamentals of Stock Loss Trigger Price
Wealth Builder Guide: Difference Between Savings And Investment
Book Value Per Share: Formula & Basics for Beginner Investors
Top 10 Share Market Investors in India (With Quotes)
Looking for Value Investing? Find Out Cheap Shares to Buy Here!
How Can I Invest in ETF in India?
ETFs for Beginners: What is it and how do they work?
Best Investment Strategies in Stock Market for Beginners
Stock Market 101: How to Research and Buy Shares Online in India
Why MRF Share Price is so expensive?
Stock Market Basics: How Share Market Works In India
Understanding the Market - Bull Market Vs Bear Market
Treasury Shares: The Secrets Behind The Big Buybacks
Minimalist Stocks: How to Invest With Just ₹10
Delisting of Shares: What it is, Why it Happens, Implications and How to Avoid Investing in it
Ace Day Trading With Candlestick Charts - Simple Strategy, High Returns
Why Do The Share Prices of a Company Rise and Fall?
Trade Like Ace Investors? Discover The Best Way to Pick Stocks
Ace Intraday Trading With Seven Backtested Tips
Are You A Growth Investor? Check These Tips to Increase Your Profits
What Can You Learn From The Warren Buffet Style of Trading
Value or Growth - Which Investment Style Can be the Best For You?
Find Why Momentum Investing is Trending Nowadays
Use Investment Quotes to Improve Your Investment Strategy
The Ultimate Guide to the Dollar-Cost Averaging Investment Strategy
Fundamental or Technical - Which Analysis is Better?
Sovereign Gold Bonds in India-Here are the Important Dates
A Comprehensive Guide To Learn How to Invest In Nifty In India
The Meaning, Relevance, Need, and Benefits of an Immediate or Cancel Order (IOC)
Know All About Stop Limit Orders And Use Them To Your Benefit
What is Scalp Trading?
What is Paper Trading?
What is the Difference Between Shares and Debentures
What is LTP in the share market?
What is face value of share?
What is PE Ratio?
What is Primary Market?
Understanding the Difference between Equity and Preference Shares
Share Market Basics
How to Choose Stocks for Intraday Trading?
What is Intraday Trading?
How Share Market Works In India?
What is Scalp Trading?
What are Multibagger Stocks?
What are Equities?
What is a Bracket Order?
What Are Large Cap Stocks?
A Kickstarter Course: How To Invest In Share Market
What are Penny Stocks?
What are Shares?
What are Midcap Stocks
How to Invest in Share Market for Beginners