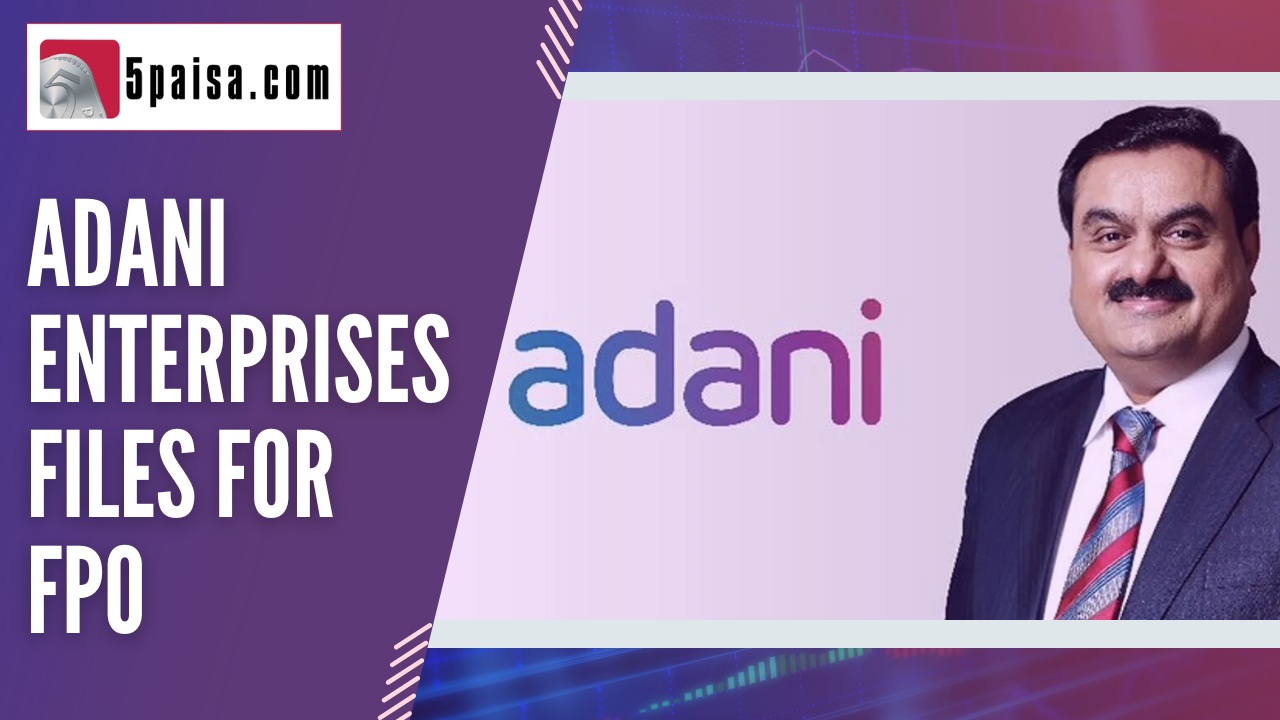 The most valuable company in the Adani group, Adani Enterprises Ltd, has filed with SEBI for its proposed Rs. 200 billion or Rs. 20,000 crore follow on public offer (FPO). Adani Enterprises has not only been the driver of many of the new age businesses of the Adani group but they are also the incubator in which most of the long gestation new businesses are housed. The FPO of Rs. 20,000 crore is part of the Adani group to raise funds across its group company to bank roll its future expansion and diversification plans. After all, Adani Enterprises is driving most of the group’s future plans ranging from green energy to data centres to airport infrastructure. Here are details of the forthcoming FPO.

The FPO will be open for subscription for 3 working days with a Saturday and Sunday in between. The anchor investors will bid for the FPO a day ahead of the FPO opening i.e. on 25th January, since the next day would be a national holiday. The company will issue shares on a partly paid basis and details of the modus operandi will be communicated by the company separately. The issue is just awaiting the final go ahead from the investment bankers to the issue.

It may be recollected that, last year, CreditSights had raised some serious concerns over the debt levels of some of the Adani group companies. While the objections were later withdrawn by CreditSights (part of the Fitch group), the concerns were not lost on the market. Hence, Adani Enterprises is not taking chances and this FPO should largely address concerns over the debt levels. There have been several concerns expressed over the high debt levels and the extraordinarily high levels of promoter stake in the group companies.

The final list of bankers to the issue are yet to be finalized the follow are reported to be in the reckoning to be the lead managers to the FPO issue. IDBI Capital, Jefferies, ICICI Securities, SBI Capital, Bank of Baroda Capital and Elara Capital are reported to have been appointed as bankers to the issue for the FPO. The stock of Adani Enterprises has been under some sort of pressure in the last few days due to the likely dilution from the FPO.

An FPO is typically done by a listed company to diversify their equity shareholding and reducing the promoter stake in the company. The Rs200 billion FPO of Adani Enterprises will be the largest ever FPO in the Indian market. The previous record was held by Yes Bank, which had come out with its Rs15,000 crore FPO in the year 2020.