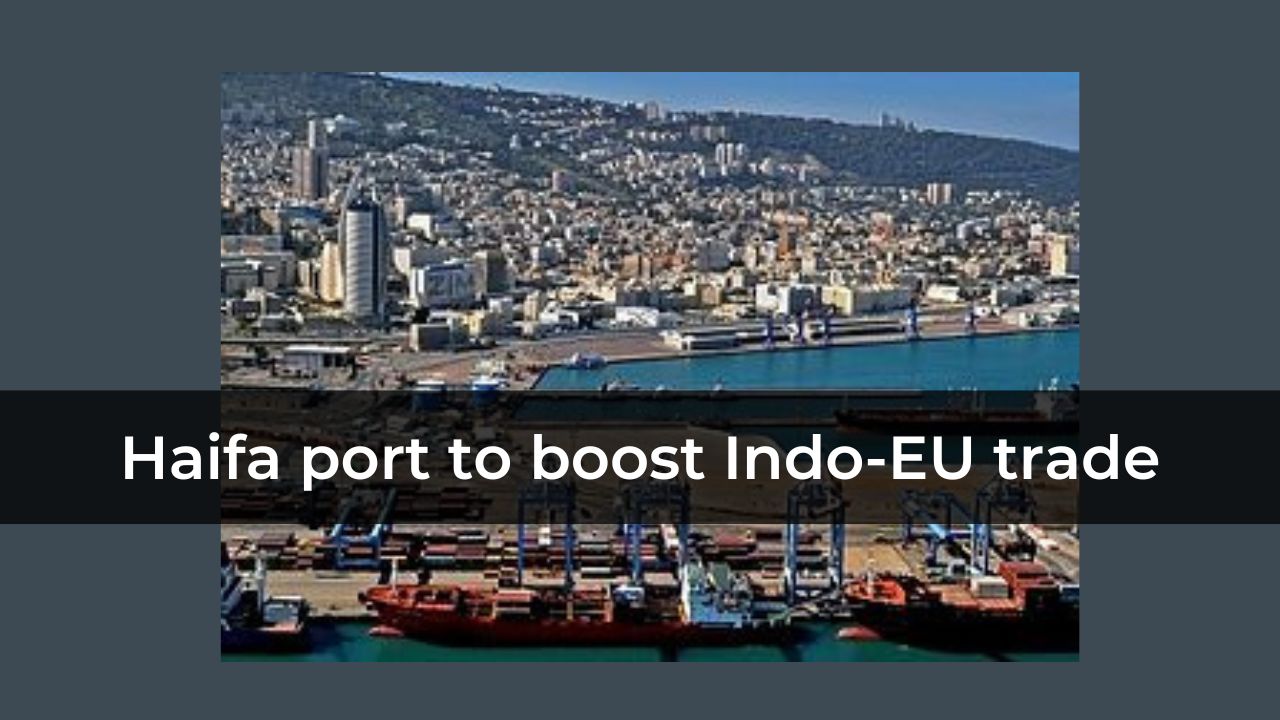 India’s largest port operating company, Adani Ports and Special Economic Zone (APSEZ), recently completed the acquisition of the Haifa Port in Israel. The deal was done in association with a local Israeli partner, Gadot, which also happens to be a major chemicals and infrastructure player in Israel. This is the first big port acquisition by Adani Ports in the West Asian region and offers the company a direct window to the Middle East, Africa, the GCC countries as well as to the rest of Europe.

In short, the Haifa deal, according to Karan Adani of Adani Ports, is likely to boost trade lanes with the company's Indian ports and will also ensure better connectivity with Europe and the Middle East in the longer term. The total deal is worth $1.18 billion and was won by Adani Ports after a very rigorous process of bidding that extended over a period of nearly 2 years. Post the deal, Adani Ports will hold the majority 70% in the Haifa Port in Israel, while Gadot of Israel will hold the balance 30% stake in the Haifa Port.

The Israeli government has been trying to usher greater port efficiency through privatization of port operations, which will also unclog the trade arteries of the region. Israel fervently hopes that the privatisation of the erstwhile government-owned port will be instrumental in lowering the import prices. But more importantly, Israel expects that it would help to substantially shorten the fairly long wait times at Israeli harbours. For trade to grow multi-fold, it is essential to have an efficient cargo management system at the ports.

In this quest, Haifa obviously could not have come across a better partner than Adani Ports. After all, Adani Ports is the largest port developer and operator in India and has set very high standards of efficiency, churn time and timeliness in its port operations. According to Adani Ports, this acquisition of Haifa Port will help them to expand the footprint into the European port sector. It also gives them access to one of the most lucrative and widely used routes in the world, which is the Mediterranean trade routes.

Adani has a much wider perspective in the Haifa story. They expect that in the longer term, the Haifa port in particular and the state of Israel in general would become a critical link for India with nations in the European Union as well as nations in the Middle East. It is no coincidence that Israel and the Arab nations are finally warming up to one another, perhaps at the behest of the United States. It is likely to offer India a wide platform to address the Middle East, West Asian, African and even the European market more efficiently.

Adani has created a fantastic port ecosystem in India and now wants to replicate the formula at a much bigger global level. That means Haifa is well-placed to become a regional hub, as well as a link between Asia and Europe. The interesting part is that Adani Ports of India will be playing a catalytic role in this transformation.