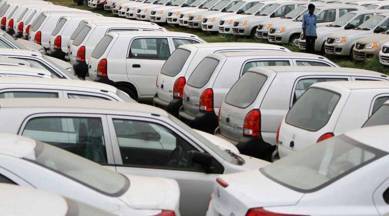 The impact of the shortage of electric components has been reduced but many OEMs are still far off from February 2021.

Automobile sales volumes continued to remain under pressure in February 2022, with subdued sales in two-wheeler (2W), passenger vehicle (PV) and tractor segments, although the commercial vehicle (CV) segment continued with a gradual recovery trend. The 2-wheeler segment is one of the worst-hit as the industry’s domestic sales are continuously going down. However, with Union Budget’s rural allocation, the tractor segment is expected to do relatively better in the future.

Market leader, Maruti Suzuki reported domestic sales in February 2022 at 133,948 units, which were down 7.47% YoY over the same period in 2021. Maruti Suzuki said that the shortage of electronic components had a minor impact on the production of vehicles that are primarily sold in the domestic market and that it took all possible measures to minimise the impact.

Meanwhile, Mahindra & Mahindra (M&M) reported domestic PV sales at 27,663 units in February 2022 as compared to 15,391 units in February 2021, up 79.73% YoY. The company witnessed a high growth of 79% for its SUVs segment as it recorded highest ever monthly sales. While most of its segments have witnessed a robust monthly sales number, the company continues to monitor the semi-conductor related parts supply and take corrective actions as appropriate. It expects the demand to pick up as the Covid situation is relaxed further.

Tata Motors, which is the third-largest domestic passenger vehicle seller in India after Maruti Suzuki and Hyundai, saw monthly sales of 39,981 units in the month of February 2022. The company had witnessed its highest-ever monthly passenger vehicle sales, highest-ever SUV sales and highest-ever EV sales along with the Tata Nexon and Tata Punch both crossing the 10,000 sales mark in January 2022 and the momentum has continued in February as well. As compared to February 2021, the homegrown carmaker’s domestic volumes increased by nearly 47%.

The country’s largest two-wheeler maker, Hero MotoCorp reported disappointing domestic volumes which came in at a low 331,462 units in February, a fall of 31.58% as compared to the same period last year. The company said that with the gradual revival in the economy post with positive indicators like easing lockdown restrictions, better sales results are expected in the near future. Meanwhile, its competitors - Bajaj Auto and TVS Motors saw declines of 35.19% and 11.25% in domestic sales for the month.

Mahindra and Mahindra commercial Vehicles registered growth across all segments and ended the month with an overall impressive growth of 107% in domestic CV sales while other players had a single digit YoY growth.

In the domestic market, Escorts sold 5,686 units in the month of February 2022, down 46.81% as compared to 10,690 units sold in February 2021. In the press release company has mentioned this decline is due to high base of last year and inflationary impact on short term demand leading to higher level of channel inventory in certain geographies. Going forward with increased rural allocation of Budget 2022, improved liquidity in hand of farmers, overall high rabi sowing and good water level reservoirs, they expect same will help boost demand recovery in coming months.