Byju Raveendran continues to paint a rosy picture of the Edtech 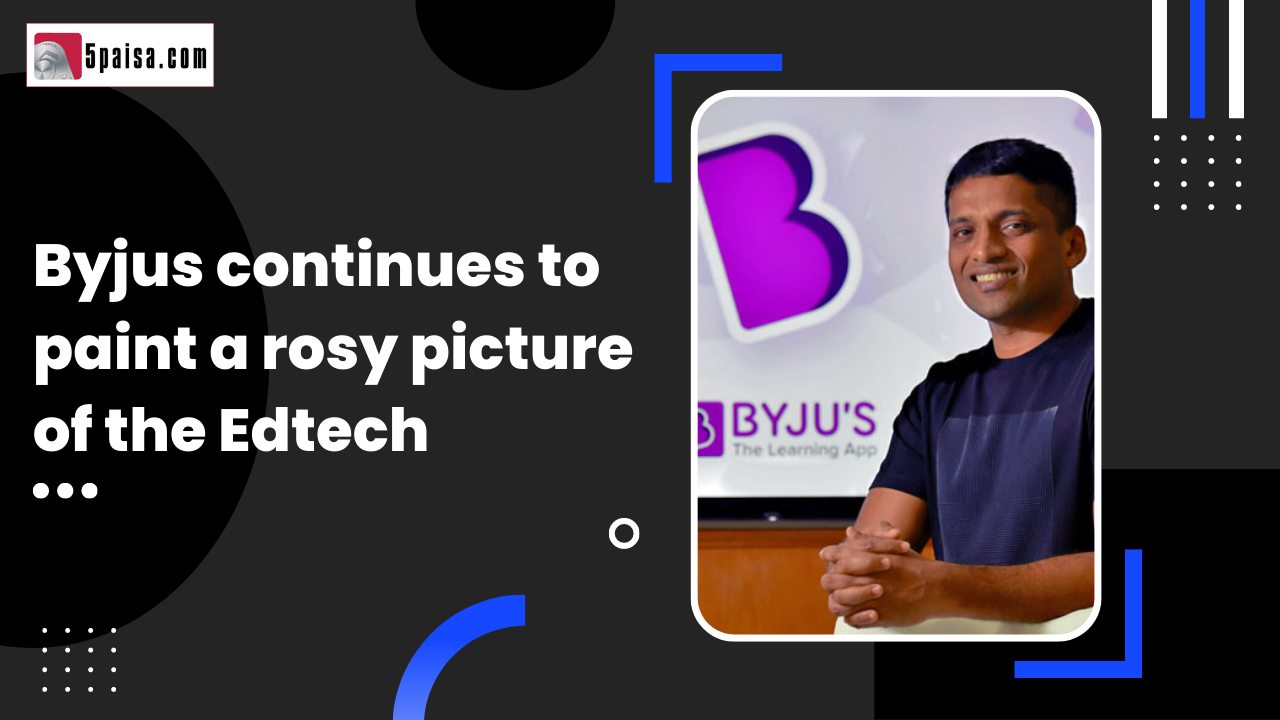 Indian investors and Indian media normally tend to oscillate between extremes. Just a year back, Byju’s was considered the most exemplary digital Edtech play in India. Unlike the other big digital names like Zomato, Paytm and Policybazaar, Byju’s had resisted being bitten by the listing bug and it was actually looking smart. Things have changed drastically for Byju’s in the last 1 year. Edtechs suddenly stopped appearing fanciful and children returned to classrooms with a sense of nostalgia. Suddenly it looked like online learning was not all that valuable as it was originally made out to be. But more of that later.

What really pinched Byju’s in the last few weeks was two events, and both fairly related. Firstly, the company got pulled up by the Ministry of Corporate Affairs for delaying announcing its FY21 results by nearly 18 months. When the results were announced, the net loss for FY21 at Rs4,566 crore was much wider than anticipated. Byju Raveendran explained that the losses were due to a change in the income recognition norms and the delay in the results was due to delay in consolidation of its various acquisitions. Even his wife and co-founder penned an emotional note about the Byju’s story, but the damage had been done.

But things are changing, hopefully for the better, as Byju Raveendran is now talking more openly about profit and revenue targets. In a recent communication to employees (done when employee morale is low), Byju Raveendran assured the employees that the company had already shifting focus more towards profitable growth. He also appraised the team that Byju’s was clocking around Rs1,000 crore of revenues monthly over the last 5 months and was poised to touch $2 billion in revenues for the fiscal year FY23. That may still sound ambitious, but remember that Byju’s is substantially larger in K12 than competitors.

In his message to employees, Byju Raveendran also underlined that the company would look to combine the aspects of growth and efficiency to ensure sustainability of the business model. He admitted that Byju’s had taken a conscious decision to shift towards profitable growth and that was likely to be reflected in all the decisions that it took in the future. In short, any inorganic growth endeavours in the coming years would be purely driven by the extent to which it would be sales and profit accretive. Byju’s will give up its pure top line obsession and go for a more balanced mix of top line and bottom line growth in the future.

Addressing questions about the viability and robustness of the business model, Byju’s assured the team that there were here for the long haul. The widening of losses was purely due to the change in income recognition method as suggested by Deloitte, Haskins and Sells. Under the new method, in the case of EMI fee payments, the income can be recognized only after a large chunk of the actual fee had been received. That explained the loss in FY21 and the company expects the situation to normalize in the year FY22. Byju’s fees come in largely through the EMI scheme.

While admitting that their systems were not spruced enough to handle the pressure, Byju Raveendran also admitted that FY22 had been their best year so far and FY23 was expected to be even better. The FY22 results are yet to be declared but Byju Raveendran committed that the announcement of results would be made within the statutory time limit of 7 months. According to the company, the revenues had grown nearly 4-fold in FY22 as the acquisitions had started paying off in terms of top line accretion. One positive from the message was that Byju’s would try to be more agile in coming years. That is good news!