Despite Global Concerns, the fight against Inflation will continue 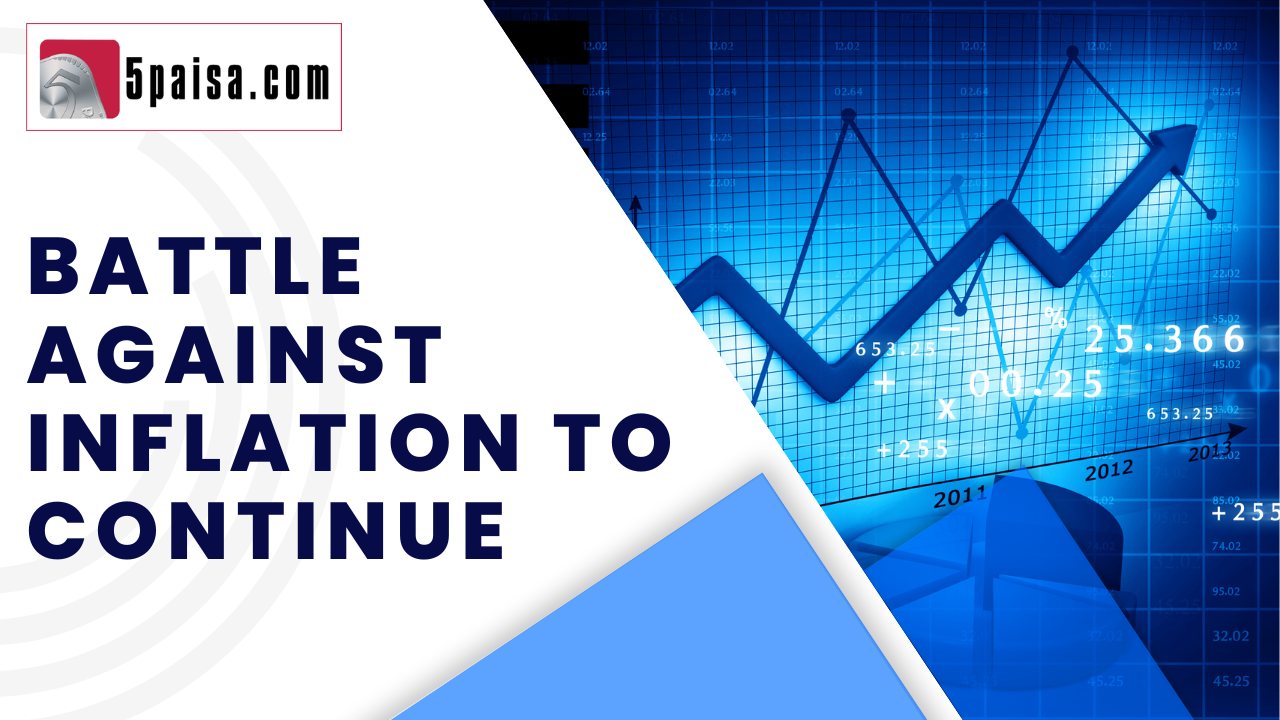 How long will the battle against inflation continue or for how much longer would the battle against inflation continue? That is the million dollar question For a better part of the last year and half the inflation has stayed above the 6% mark. Incidentally, the inflation at 6% is the upper tolerance limit of the RBI. The actual median inflation expectation is at around 4% and that has been breached now for more than 3 years; month after month. Retail inflation is easing gradually in the last couple of months and we need to look at how inflation pans out in January. However, it may still be too early for the RBI to go slow on inflation control.

If you look at the last one year, the inflation was driven higher by products like crude, edible oils, pulses and vegetables. The tepid Kharif output in the 2022 season only worsened the inflation problem. It is expected that Rabi should be better and partially offset the losses of Kharif, but we have to wait and see. To top it, the geopolitical situation in Ukraine is far from improving. Much of the spike in commodity inflation and food inflation can be traced back to the Russia Ukraine conflict and the consequent blockade imposed by the Western nations on the Black Sea traffic. That would mean; inflation pressures should persist for now.

It is not that the RBI has been waiting in the side lines. On the contrary, the RBI has been continuously hiking rates. In fact, between May 2022 and December 2022, the RBI hiked repo rates by 225 bps from 4.00% to 6.25%. In the latest monetary policy of December, the RBI has already stated that it is not done with rate hikes. The RBI governor himself has indicated that it would be too premature to put a stop on rate hikes at a time when inflation had not yet shown a secular downtrend. For India, the good news is that the WPI inflation has fallen by more than 1,000 basis points since May this year and there are expectations that the CPI inflation may eventually follow suit.

RBI has explained how the inflation evolved in India in one of its occasional papers. According to the RBI, the initial inflationary pressure came from successive supply shocks but their impact waned after some time. The second round of inflation was delivered by revenge buying or revenge spending. This revenge buying actually went in cycles. It first started in basic goods and then moved to contact-intensive services and that dual pressure kept the inflation at elevated levels. In the minutes of the December policy statement, the RBI has underlined that there were still substantial uncertainties surrounding the inflation trajectory due to geopolitical tensions and global financial market volatility.

There is one more reason why the RBI is not likely to give up on its fight against inflation. While fuel inflation has come down sharply and food inflation has also tapered, the real worry is over core inflation, which remains elevated near the 6% levels. The RBI governor himself has underlined that the RBI cannot afford to be lax on inflation as long as the core inflation did not come down to more acceptable levels. Also, there is a lot of inflation over which Indian policymakers do not have direct control. For instance, much of the inflation in the last two years was imported inflation due to higher commodity prices. This weakened the rupee and the weak rupee further exacerbated impact of imported inflation.

However, rating agencies like ICRA do expect the inflation to ease over the next 12 months, assuming that the global geopolitics does not worsen. The bet is on a strong Rabi crop, good water levels in reservoirs as well as moderation in commodity prices. ICRA expects the average CPI inflation to ease to around 5.9% by the end of the fourth quarter i.e. March 2023. This is expected to decline further to 5.2% by FY24. However, the RBI MPC is likely to take projections with a pinch of salt and prefer to be data driven. The big story to watch out for is the Union Budget for FY24, to be presented on 01st February. Remember, this will be the last full budget before India goes to another round of polls in the year 2024. High inflation in an election year is not only bad economics, but also bad politics.