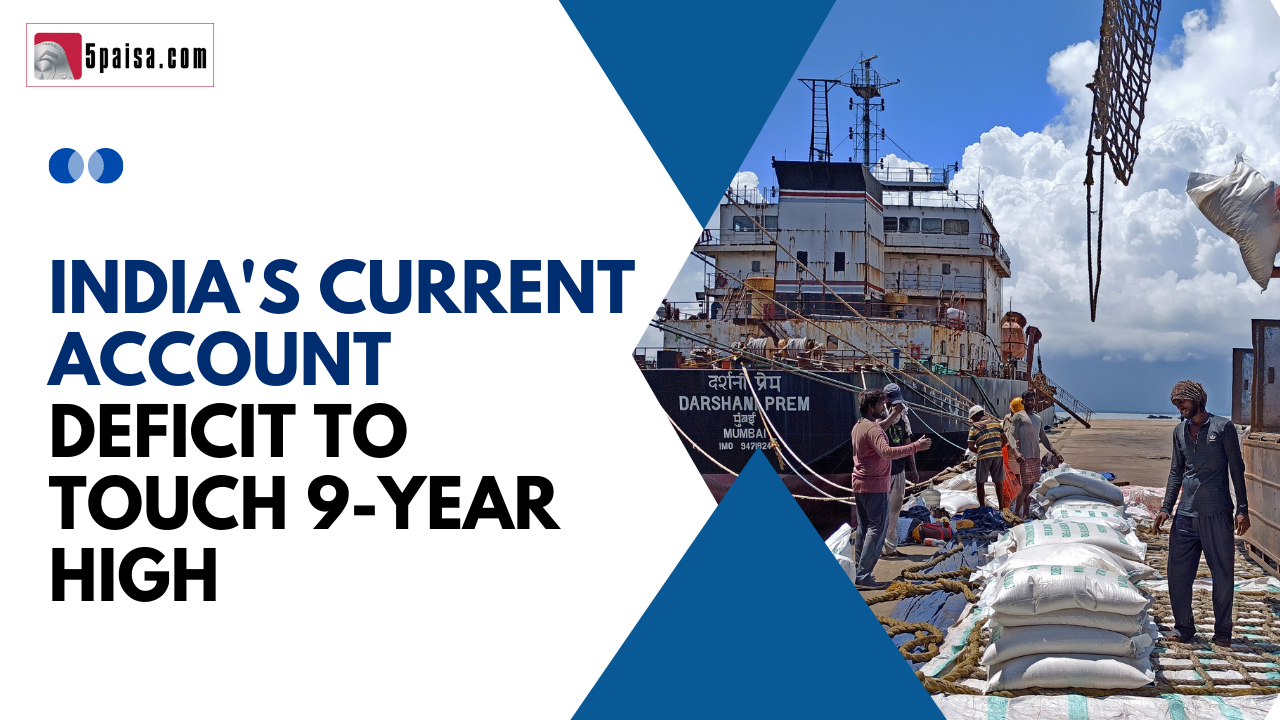 There have been concerns over India’s current account from the start of the year. That is because the merchandise trade deficit is just spiralling out of control. As of August 2022 (i.e. for first 5 months of FY23), the merchandise trade deficit stands at nearly $125 billion. If you extrapolate that to the full year, it should be closer to $300 billion, unless something changes very drastically. That is a huge problem since the services surplus can only address part of the problem. The balance would just translate predominantly into current account deficit or CAD.

Now the latest update is there from India Ratings. According to the report, India's current account deficit (CAD) is expected to hit a 36-quarter high (9-year high) in the first quarter ended June 2022. Normally, the current account deficit data is put out by the RBI exactly 3 months after the end of the quarter, that by the end of September 2022. India Ratings expects the CAD to come at $28.4 billion for the June 2022 quarter, which approximately translates into 3.4% of GDP. This is a big spike compared to 0.9% in Q1FY22.

Even in the March 2022 quarter, the current account deficit (CAD) stood at just about $13.4 billion or about 1.5% of GDP. However, it is only in the last few months that the spike in oil import bill, coal import bill and the fertilizer import bill have spiked sharply. Amidst these pressures, there has also been a sharp spike in the imports of gold and silver, which have also contributed to the deficit, without adding much to the productivity of the economy. The last time the numbers were so high was during the fiscal years 2013 and 2014.

How does the likely CAD number for the June 2022 quarter with previous records. In absolute dollar terms, the record current account deficit that we got to see was the third quarter of FY2013 i.e. for the quarter ending December 2012. During this quarter, the CAD had touched a high of $31.8 billion. In percentage terms, the previous record was in the first quarter of FY2014, i.e. for the quarter ending in June 2013. During this quarter, the current account deficit scaled a record high of 4.7% of the GDP. The June figure, if correct, would be a 36-quarter high on percentage terms and a 38-month high in absolute terms.

One of the major challenges in FY2023 is that the exports are likely to slow down due to fears of a slowdown in demand in the developed world. In addition, the revenues from IT are also likely to be impacted by the sharp fall in tech spending that is expected in the US, UK and Europe. All these are likely to add up to 9-year highs in the current account deficit. That is hardly a very healthy situation to be in.