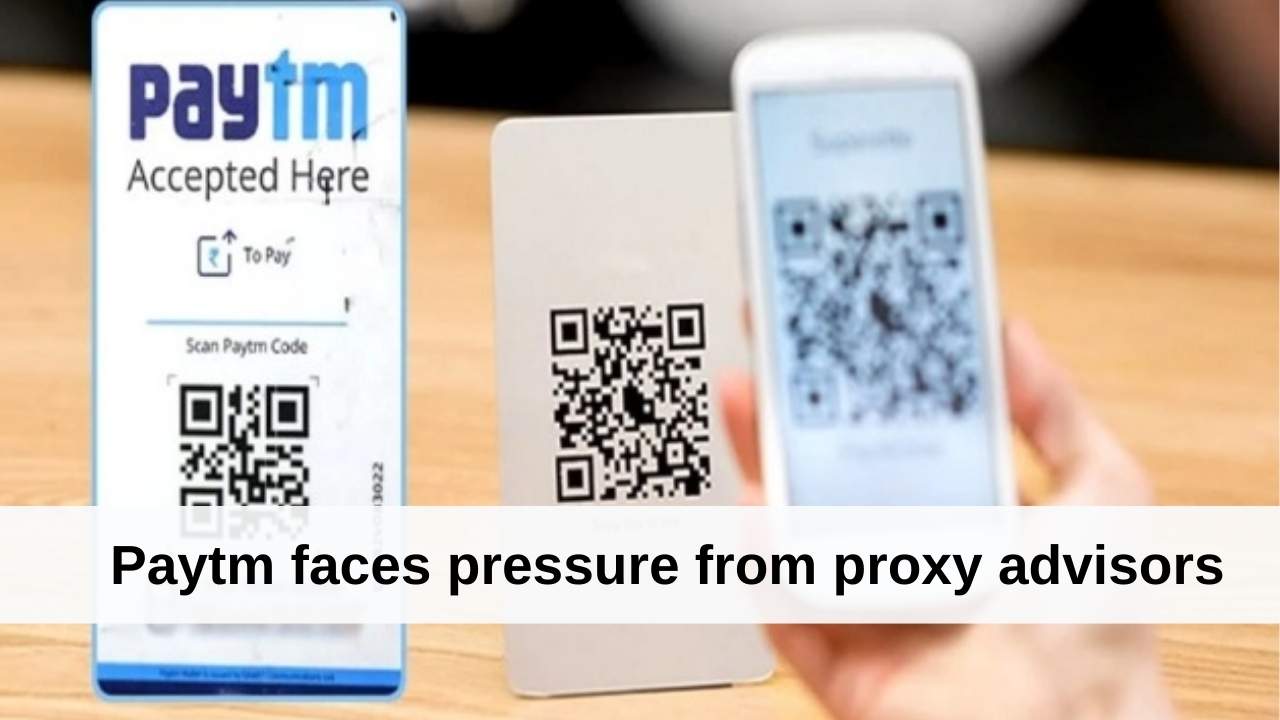 On Friday 12th August, the stock of Paytm fell by over 6% at the close. On Tuesday, also the stock has lost more than 1% and looks weak. The problems for Paytm started when the proxy advisor, In Govern, asked the voting shareholders to vote against the reappointment of Sharma as its CEO and Managing Director. The main objection raised by InGovern was that the promoter of the group, Vijay Shekhar Sharma, was not liable to retire by rotation as director. Subsequently, other proxy advisors have also joined this campaign.

Apart from InGovern, the other proxy advisory firm to joint this “remove Sharma” campaign is proxy advisory firm, Stakeholders Empowerment Services (SES). While SES has surely flagged the company’s resolution to approve appointment of Sharma, they had further objections too. For example, SES also cited excessive remuneration as a key reason. The third proxy advisory firm, Institutional Investor Advisory Services India (IiAS), has also cited the additional reason of delay in Paytm turning to operating profits as a justification.

One question that does arise is whether the proxy firms are overstepping their role. It is hard to say. Globally, proxy firms like Piper Serica do play the activist quite often. Hence in the Indian context, it is hard to say if these proxy firms have overstepped their role. However, one objection coming from insiders is that the proxy firms had zeroed in on Paytm since the promoter stake is too low and hence pressure may be easy to apply. In India, it looks like the most vulnerable digital plays, already under pressure, were targeted.

Even the issue of delay in profits may be rather rich. For example, even the likes of Amazon and Twitter and thousands of other start-ups struggle to get into cash flows. It is not an open and shut model, so continuous experimentation and iteration is necessary. Start-ups may take longer than expected to turn to profits and that is how the game works. A rather sticky converse way of looking at this is what would have happened to Infosys if proxy firms had insisted on removal of top management due to the 75% fall in price? You never know.

The rules on the overstepping of roles by proxy firms should be looked at more closely. Indian digital plays are already wary of losing control. Under pressure from domestic factors, many digital players are changing their domicile and even avoiding listing in India. A founder brings in sweat equity and skin in the game to the business. Proxy firms should not be allowed to convert the start-up ecosystem to be converted into a game of chess. It is time SEBI ensures these proxy firms do not end up being proxies for institutional investors!