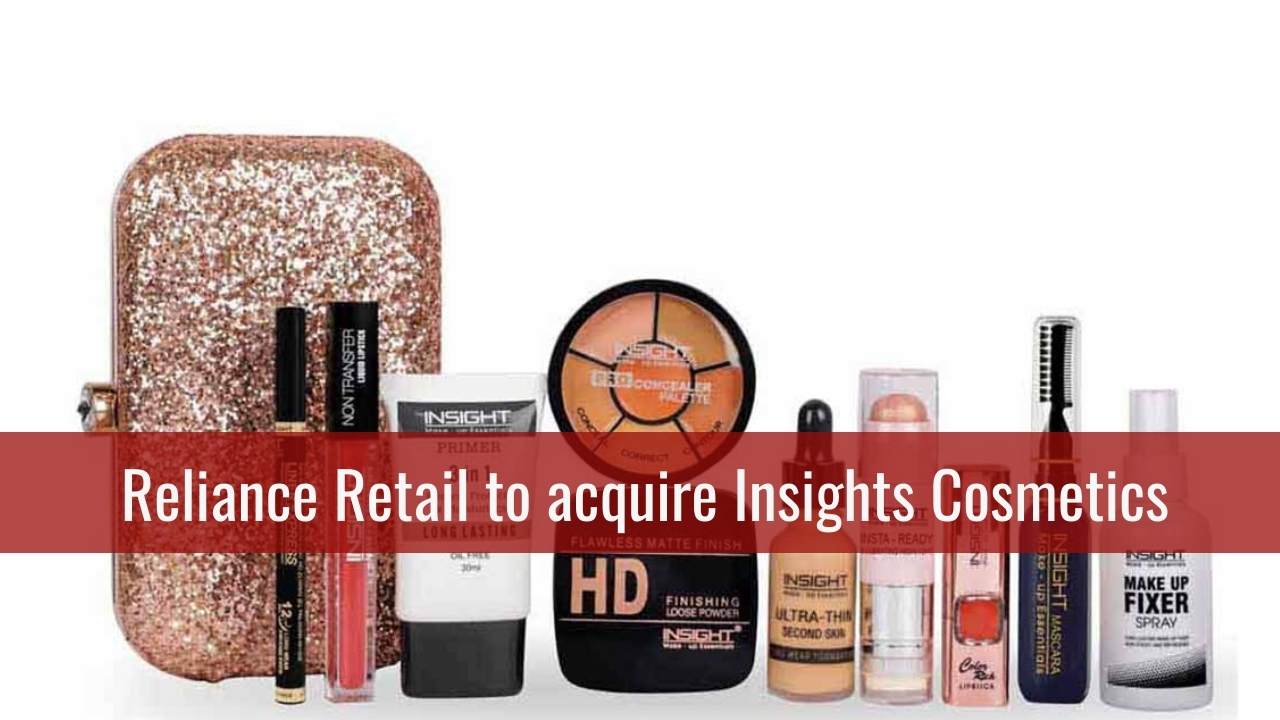 According to a report by Avendus, by 2025,  India is estimated to have a $100 billion addressable market with strong growth in D2C brands.

Reliance Retail, owned by billionaire Mukesh Ambani, has entered the cosmetics market by purchasing a majority stake in makeup and personal care company Insights Cosmetics. The transaction had a $10–$15 million value.

The deal is in line with the strategy of Reliance Retail to expand its beauty and personal care segment, mostly through acquisitions and take on incumbents like Nykaa, Myntra and Purplle in the fast-growing Indian omnichannel market for beauty products. These brands will be mainly in the mass premium category.

Dinesh Jain launched Insight Cosmetics in 2001. The company's goods, which are available in 20 states on the market, are sold in more than 12,000 retail and novelty stores across the country. The company has more than 350 stock-keeping units (SKUs) and primarily sells nail polish, lipsticks, eyeliners, eyeshadows, and other cosmetics. It also sells its products through various e-commerce platforms.

Reliance’s strategy to gear up in the Fashion and Personal Care Business:

Reliance Retail is getting ready to launch 400–450 stores for the retail brands it has acquired. A select few of the house brands will also be sold in stores.
Recently, talks to purchase a majority stake in Mumbai's footwear company were being held by Reliance Retail. It purchased Purple Panda Fashions Pvt Ltd in March, which is the owner of the women's loungewear brand Clovia. This was one of Reliance's tactics for consolidating its position in the organised fashion sector. Reliance previously added Zivame and Amante to its portfolio of innerwear.

Recent Investments in the Beauty and Personal care segment: