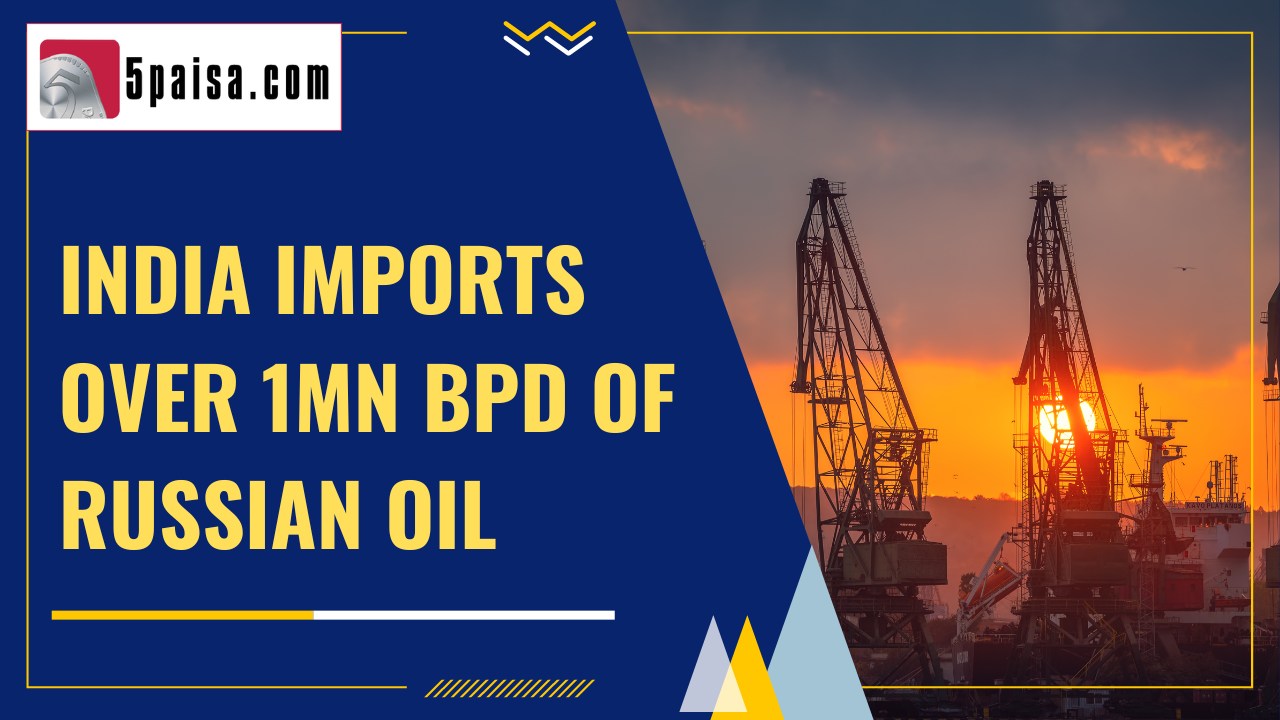 As the Ukraine war rages and Russia is being forced to sell oil at a discount, India appears to be making hay as the sun shines. For the month of December 2022, India’s crude oil imports from Russia touched 1.19 million barrels per day (bpd), the first time that Russian crude imports into India had cross the 1 million bpd mark. What is more, Russia has been India’s top crude supplier of crude for the third month in succession, pushing Iraq and Saudi Arabia to the second place and third place respectively. These data points were released by energy cargo tracker, Vortexa. As the EU ban tightens, Russia has been aggressively looking at India and China to increase their offtake of oil from Russia, and India has been more than willing.

According to Vortexa report, the Russian oil imports into India had have been steadily growing. For instance, in the month of November 2022 the Russian crude oil imports into India were to the tune of 909,403 bpd while for the month of October 2022, it stood at 935,556 bpd. December crude imports from Russia at 1.19 million barrels per day is an all-time record for India, the previous highest being 942,694 barrels per day (bpd) in June 2022. Currently, Russia alone makes up nearly 25% of all oil imported by India. The crude oil export from Russia to India peaked when the EU and the US imposed a price cap on Russia's seaborne oil, preventing Russia from selling seaborne cargo above $60/bbl.

For India, this has come like manna from heaven and they cannot be blamed for making the best of the situation. Remember, India currently is the world's third-largest oil-consuming and importing nation after the US and China. Unlike the US and China who are among the largest producers of oil in the world, India is a very marginal producer of oil and relies on imports for nearly 85 % of its crude oil needs on a daily basis. Crude oil is converted into fuels like petrol and diesel at refineries. Today, India has some of the largest refineries in the world but the supply of crude oil has been not available domestically, so oil refiners have not choice but to rely on imports for their crude supplies.

For a long time, Iraq was India’s largest oil supplier and Saudi Arabia was the second largest. According to the report by Vortexa, in the month of December, India imported a record 1.19 million bpd of crude from Russia. However, the crude oil imported by India from Iraq stood at just about 803,228 bpd while the oil imported from Saudi Arabia stood at about 718,357 bpd. Among the other big suppliers of oil to India, the United Arab Emirates (UAE) become India's fourth largest supplier at 323,811 bpd in December 2022. The United States followed at fifth place supplying India with 322,015 bpd of crude. Russia has been offering hefty discounts to Indian oil importers in the light of the very low price caps.

India's appetite for Russian oil has sharply increased since it started trading at a huge discount after the West embargoed Russian oil to ensure that the funds were not funnelled into the war against Ukraine. The mix has changed drastically. Prior to the Russia-Ukraine war, Russia accounted for just about 2% of Indian oil import basket, but now it is up to 25%. In the past, 60% of oil imports came from the Middle East while 14% came from North America, 12% from Africa and 5% from Latin America. All these regions have lost share of oil exports to India while Russia has filled up that gap.

In December 2021, India imported 1.05 million bpd of crude oil from Iraq and 0.953 million bpd of crude oil from Saudi Arabia. The tables have totally turned in one year with Russia accounting for 1.19 million bpd of oil while Middle East has lost market share drastically. Much of that oil from the Middle East is now likely to find its way to Europe, where there would be a shortage due to the sanctions on Russia. Despite pressure from the US and the west, Indian government has vehemently defended its trade with Russia considering its national oil security interests. India has time and again underlined that even at the current levels, their oil imports from Russia are just a fraction of the imports into Europe.

Government has, meanwhile said that these decisions were taken by the individual companies and not by the government. India has said that the government had not asked any of its private companies to buy Russian oil. They had only asked the oil companies to source oil (based on) what is the best option that they can get. As of now, the executive body of the European Union asked its 27 member countries to cap the price of Russian crude oil at $60 a barrel. However, the EU itself is divided over this issue and has been desperately looking for a middle way.