Why are brokerages cutting target price for Infosys 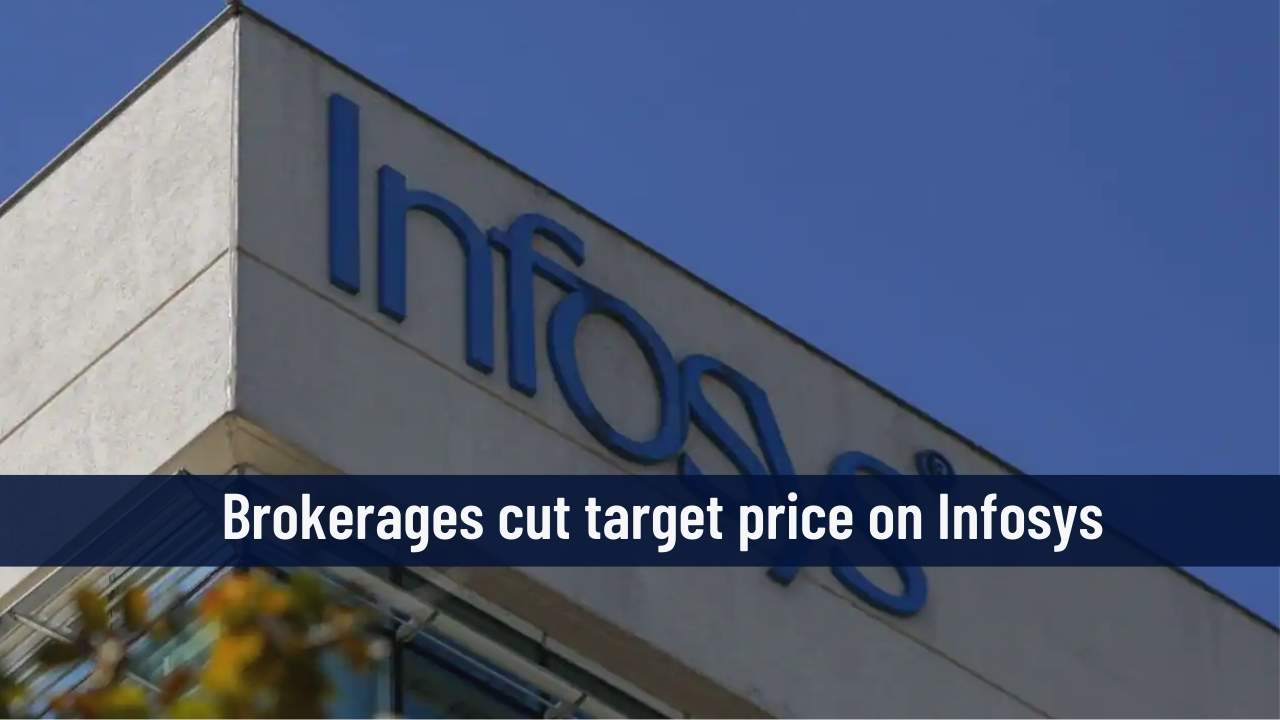 Just a day after Infosys Ltd announced its June 2022 quarterly results, there have been some marginal price downgrades. Most of them are still holding their calls and there has been no change in the existing calls. But here is a quick summary of what the outcome was immediately after the announcement of the Infosys results for the quarter.

a) ICICI Securities has maintained its “Hold” recommendation on Infosys Ltd but has slightly downsized its price target from Rs1,464 to Rs1,434.

b) Antique Stock Broking has also maintained its “Buy” rating on Infosys Ltd but it has again reduced the price target for Infosys marginally from Rs2,100 to Rs2,050.

c) Prabhudas Liladhar is another domestic brokerage house that has maintained its “Accumulate” call on Infosys but slightly cut its price target from Rs1,646 to Rs1,630.

d) Among other brokerages to give an update on Infosys post the results, CLSA, Credit Suisse, Morgan Stanley and JM Financial have all retained their existing call and also their price target for Infosys. Interestingly, most FII brokers appear to be in sync.

Is there an element of ennui setting into Infosys?

That is absolutely likely. Ever since the management changed and Salil Parekh took charge of Infosys from Vishal Sikka, there has been a gradual return to normalcy, reduction in top level changes and a greater thrust on large and premium businesses. Ever since Salil Parekh took charge of Infosys, it has not only narrowed its operating margins gap with TCS but has also gradually narrowed its valuation gap with TCS. However, with a couple of years of consistent performance, there is an element of boredom setting into the performance.

However, the reasons for the downgrade are not just about the ennui. There are real business level concerns that analysts see. Here is a quick summary of the concerns.

- Margins are the big worry. It is not just about Infosys but across all the IT companies. Manpower costs, training costs, travel and visa costs are all shooting through the roof. That has been hitting operating margins badly, with the latest quarter seeing the margins lower by another 100 bps.

- Secondly, rising attrition levels is a big challenge for Infosys. Attrition is a problem across the IT space, but in the case of Infosys the problem is a lot more acute. That is because its attrition rate had touched a high of 24% in the previous quarter and has stabilized around that level. That imposes a huge manpower cost on the company.

- In its latest quarter results, Infosys has maintained its buoyant top line revenue guidance but margin guidance has been lowered. That could again be a dampener. Of course, macroeconomic issues also remain an overhang for the IT business in general. It is hard to fathom how Infosys will come out of the high cost syndrome.

In the coming days and weeks, we could see more downgrades of price targets as analysts gradually digest the full impact of the Infosys results and its rather tepid guidance. That should give a much clearer picture of what exactly the analysts think.