Beauty e-tailer Nykaa has seen its highs and lows. Now it needs to perform 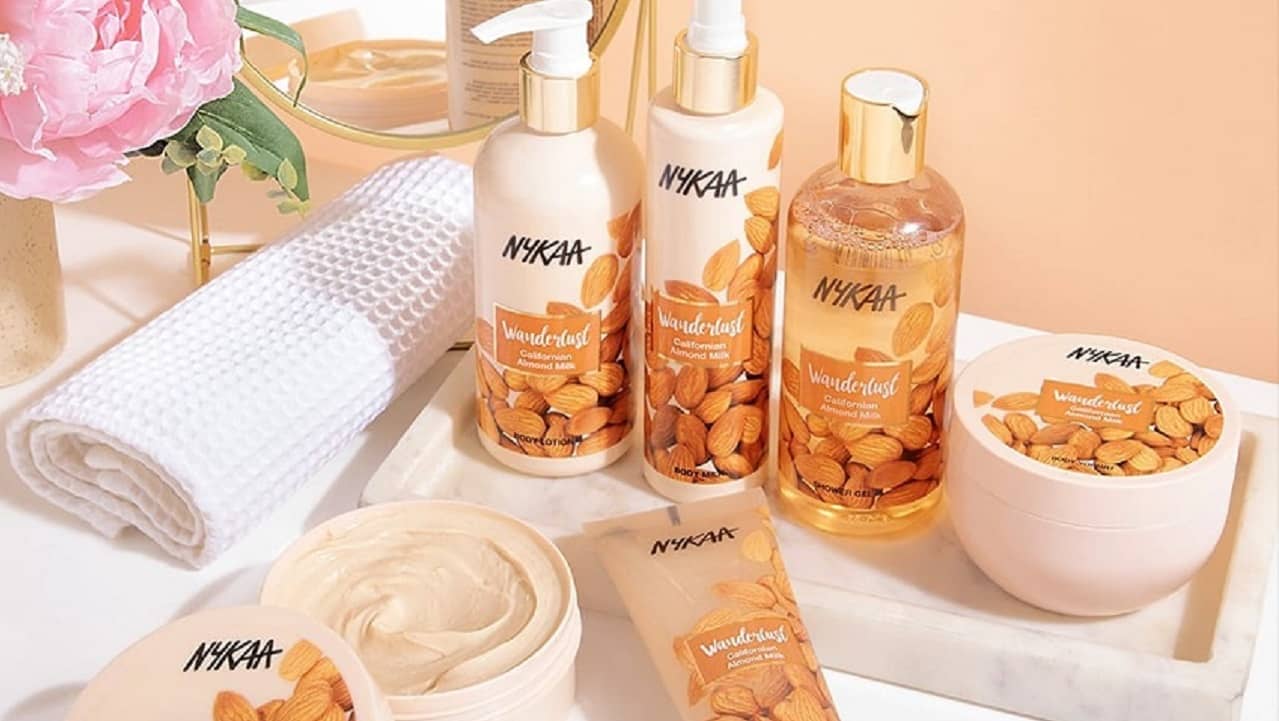 Just a year ago FSN Ecommerce Ventures, the company behind cosmetics and fashion ecommerce venture Nykaa, was on cloud nine. The company, one of the youngest tech startups to tap the public market, saw through a bumper public offering where it received bids for 82 times the shares on offer.

It listed with an equal fanfare. The shares rocketed 78% on debut and ended the first day at a 96% premium to the issue price, catapulting founder Falguni Nayar to the pole position among the self-made women billionaires in the country.

Nayar, of course, is no rookie to the world of business. The veteran investment banker made a name at Kotak Mahindra Capital, long before switching into an entrepreneur’s sandals in 2012.

But just around a fortnight ahead of celebrating its first anniversary on the bourses, the company saw its share price slip below the issue price. On October 28, it slipped further to touch an all-time low ahead of its quarter results announcement.

It did bounce back but is still trading around the same price at which it sold shares to the public. The selling pressure is largely due to the broader correction in the tech stocks that still command high valuation despite showing little or no profits even as they continue to build scale. This stands true for all the tech peers—Paytm, Policybazaar and Zomato.

In the case of Nykaa, investors would also be anticipating some shares being offloaded as the one-year lock for some of the shareholders ends next week.

What Nykaa has been up to

The company has been making the right operational moves. Nykaa partnered with actress Priyanka Chopra Jonas to bring Anomaly, her own hair care brand to India across Nykaa.com and Nykaa stores. This takes forward its similar strategy with Katrina Kaif with its Kay range of cosmetics, which is now already a Rs 100-crore-plus label on an annualised basis.

On the fashion side, Nykaa partnered with renowned fashion e-tailer Revolve to provide access to more than 400 international brands on its platform.

The company also increased its own physical store count to 124 stores, including two new Fashion stores, with a total area of 1.2 lakh sq. ft. across 53 cities, as of September 30, 2022.

Nykaa has expanded its fulfilment centres to 14 cities, with a total area of 11.5 lakh sq. ft and partnered with the Apparel Group to undertake an omnichannel, multi-branded retail operation business in Gulf Cooperation Council (GCC).

Nykaa, in partnership with Estee Lauder Group of Companies, launched Beauty & You India, a first of its kind partnership to identify and support the next generation of beauty entrepreneurs in India with a non-equity grant and mentorship.

What the numbers say

To be fair, Nykaa has been expanding. During the quarter ended September 30, its gross merchandise value grew 45% to Rs 2,345.7 crore over the year-ago period. Revenue from operations grew 39% to Rs 1,230.8 crore in the same period.

The company also saw its operating profit more than double. Even as high depreciation and amortisation and finance costs led to nominal net earnings, it still grew over four-fold compared with last year.

But for a company with a quarterly net profit of Rs 5.2 crore, which works out to an annualised level of around Rs 21 crore, to justify a valuation of over Rs 54,000 crore—or more than $6.5 billion—that it still commands after a deep correction, it would have to do much better.

Some brokerages, however, see a silver lining. Jefferies said Nykaa’s Q2 numbers were better than its estimates on GMV, revenues and EBITDA but mainly so because of its beauty category.

It noted that growth in fashion vertical was modest despite the benefit of a low base of last year, indicating a focus on generating earnings.

Jefferies has upgraded its operating profit estimates of Nykaa and retains a ‘Buy’ rating even as it expects the shares to be volatile as the one-year share lock-in period ends next week. The brokerage has a target price of Rs 1,650 on the stock, or over 50% upside.

Another brokerage that is bullish on the stock after the Q2 results is Edelweiss, which has a buy rating with a revised target price of Rs 1,506 per share.

In the words of Falguni Nayar, Executive Chairperson, MD, and CEO of Nykaa, “We are investing in growth engines of the future, particularly SuperStore by Nykaa. The International business which includes the venture we have with the Apparel Group in the GCC, is promising. True to the Nykaa way, each of these efforts is towards building the business model in a sustainable manner.”

Nykaa faces challenge from not just Myntra, a venture that is part of Flipkart, which in turn is controlled by Walmart, but also other players. For instance, another venture backed Sugar is building a strong base in the beauty products segment as are other startups. On the fashion side, the market is vast but has much more competition with both legacy and new players.

How long Nykaa can continue growing at a fast clip while slowly topping up its net margins will provide a direction to the stock that seems cheap after the year-long correction but confounds investors who think it is way above its near to medium-term fundamentals.