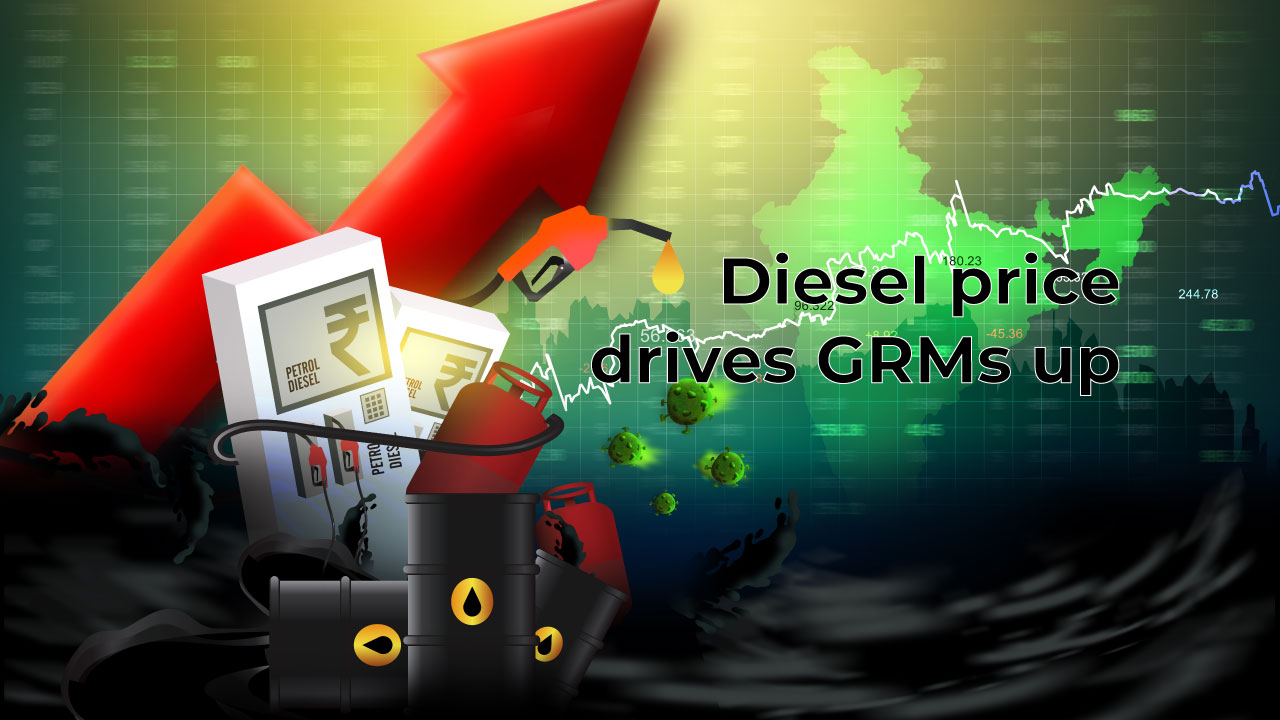 Diesel is one of the key product export from Russia and averages more than 1mnb/d with almost 75% exporting to Europe while for Europe it accounts for almost 50% of its total diesel imports. While the flow of diesel from Russia to Europe is broadly happening at the contracted quantities, there are few signs which show that some contracted parcels are not being accepted in the region. This trend is likely to exacerbate further as players like Total Energies, for instance, have already announced a plan to reduce diesel imports from Russia to zero latest by the end of 2022.

The physical diesel market was already tight before the war with global inventories at a 10-year low. Chinese exports, a significant supply in Asia is down 85% YoY (Jan-Feb) due to lower export quotas. All this has led to spot Asian Gasoil cracks to spike to ~ $ 30/bbl and Singapore GRMs to above $ 15/bbl. While forwards curves suggest softening market, International Energy Agency forecasts that a substantial boycott of Russian oil & diesel would mean sustainably tighter markets and higher sustainable GRMs. Also, this is the Asia refinery maintenance season.

Though the outages currently are down significantly YoY, it can only increase from here adding go near term tightness. While a Covid-led lockdown in China would mean an increase in Chinese exports, it would be capped by quotas. Indian refiners remain best placed as 43% of the output by Indian refiners is diesel, while the rest of the world is less than 30% based on the total world consumption data.

Over the last week, Oil Marketing Companies have increased diesel and petrol prices, however, marketing margins are still in the red with diesel at Rs. -9.2/ltr and petrol at Rs. -5.4/ltr and likely to be Rs. -12.0/ltr and Rs. -3.2/ltr based on current oil prices. The OMCs might need to take a further price hike of Rs. 18.9/ltr and Rs. 8.7/ltr on diesel and petrol respectively to earn its FY21 average margin of Rs. 4.1/ltr.

Similar to retail fuel, OMCs also took a price hike of Rs.50/cyl for LPG customers and are likely under-recovering Rs.117/cyl currently but this would increase to Rs.290/cyl based on the current International propane prices. However, the number is expected to come down as oil settles lower and retail price hikes continue. And this would eventually lead to deregulation of the product.