Should you say cheers to the Officer’s choice whisky maker's IPO? 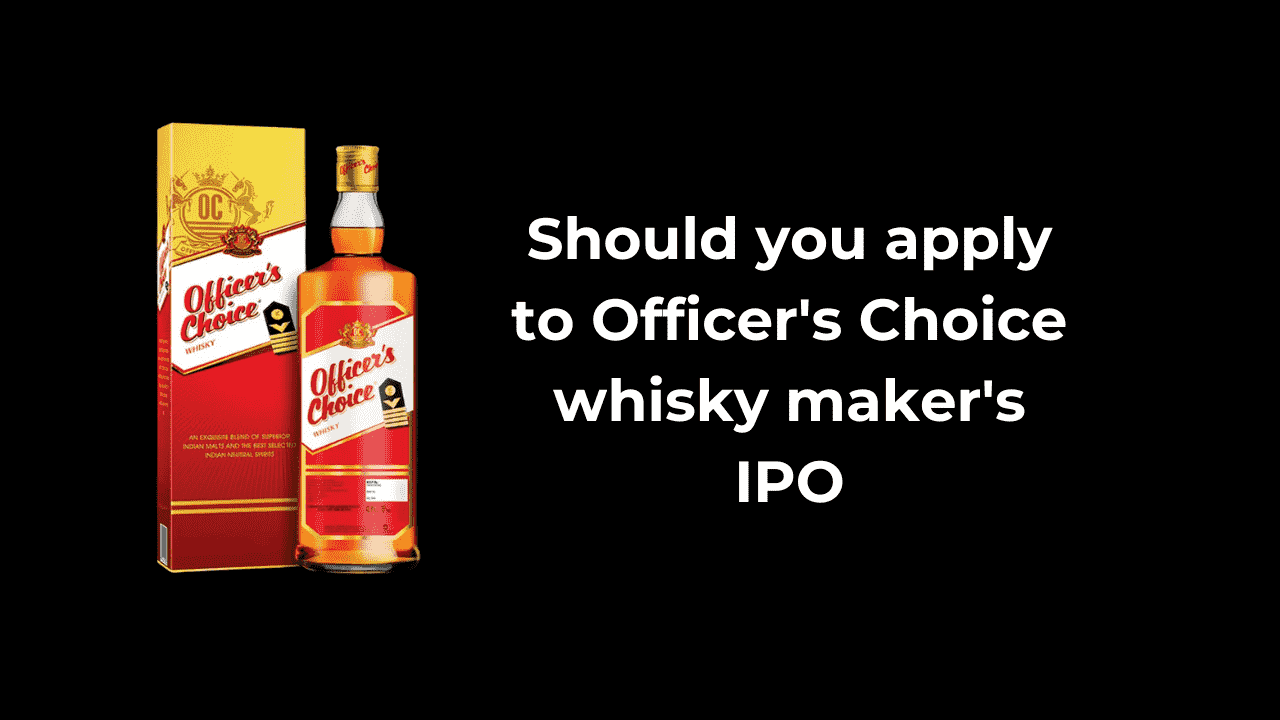 The recent entrant to the 2022 IPO party is Indian spirits manufacturer Allied Blenders & Distillers Pvt, it has filed its draft red herring prospectus (DRHP) with SEBI) to raise funds up to ₹2,000 crores via initial public offering (IPO).

The company plans to or intends to use the funds it receives from its initial public offering (IPO) to pay off some or all of the loans it has taken out, either in advance or according to the scheduled repayment terms. This may include repaying a portion or the entire principal amount of the loans.

“We have incurred indebtedness and an inability to comply with repayment and other covenants in our financing agreements could adversely affect our business and financial condition. In addition, certain of our financing agreements involve variable interest rates and an increase in interest rates may adversely affect our results of operations and financial condition," , company quoted in its DRHP

Seems like the company wants to shrug off the burden of interest payments with the proceeds.
The liquor industry appears to be an attractive business due to its loyal customer base and the fact that there may not be a need for heavy product upselling. However, it isn’t.

You see, liquor doesn’t come under the GST regime, and the tax collected from it goes directly to the states, and since it's a sin product, states can charge exorbitant taxes on it. So, if there is a tax deficit or govt wants more money, the easiest way for them is to increase the taxation on liquor.

Now each of the states in India has a different regime, as well as a different set of rules to control the liquor market in India.

For instance, in Gujarat, liquor is prohibited, whereas, in states like Kerala and Tamil Nadu various restrictions have been imposed on alcohol consumption.
Uttar Pradesh collected the highest revenue from the excise tax on liquor, totaling Rs 31,517 crore in 2019-20.

However, even Puducherry earns its primary income from alcohol trading, while Goa has the least alcohol tax rates.

They charge excise duty on production of alcoholic liquor for human consumption, State Value Added Tax (VAT) on its sale,  Fees such as gallonage fee, and license fee. More recently they have started charging Covid fees, Delhi, for instance, imposed humongous fees after which the prices of liquor shot up by 70%.

So, Liquor companies have to dance on the gestures of the state governments. One major problem with States dictating these companies is that they don’t really have the pricing power. So, if a liquor company has to revise its MRP, they have to pay 1000s of visits to the government officials and have to request them politely for their approval. And if they deny your request, you have no option but to take a cut of your profits. You see this nature of the liquor industry, is what keeps some investors away from it.

Hefty taxation by the government makes up around 70% of the cost of the alcohol. These taxes restrict companies from launching premium and high-quality spirits because the prices skyrocket once these taxes are added.

All the archaic policies and red tapism has been plaguing the liquor companies in India, but with the young population, the consumption of alcohol is bound to grow. The recorded alcohol per capita (“APC”) for India in 2021 was estimated at 3.0 litre per annum against the world average of 4.8 litre. Indian market size is estimated at close to 3 billion litres of pure alcohol in 2021.

Now if we talk about Officer’s choice, the company operates mainly in the category of IMFL, Indian-made foreign liquor, which makes up for around half of the volume of total alcoholic beverages sold in India.

One good thing about its financials is, that the company has reduced its debt, and the debt to equity ratio has fallen from 4.51 to 2.24.

The company gets the majority of its revenue (98%) from the sales of whisky, and the steep decline in the numbers in the last two years can be due to the lockdown and the pandemic, because you see, most people consume drinks at parties, pubs, and get-togethers, all of which were halted during the pandemic. A look at the company’s performance in comparison to its peers would help us understand the numbers better because you see pandemic has equally affected all these companies.

The company has a debt of more than INR 9000 million, while its profit after tax is just INR 25 million rupees. Clearly, the company is deep in debt. What do you think, will the growth in the industry, will Allied blenders manage to shrug off the debt and raise a toast?